A shocking report unveils the horrific treatment of ‘Sarah’, a British white girl, who was abducted and sexually exploited by a Pakistani gang for 12 years.

"The strange man began putting his hands all over me"

In an account of the torment, trauma and horrific sexual abuse, Sarah (not her real name for legal reasons) reveals how she, as a British white girl, was abducted and kept captive for 12 years by a Pakistani sex-grooming gang.

Sarah’s case has been taken on by House of Lords crossbencher Baroness Caroline Cox, who says this is the most serious example of sex grooming to emerge in the UK.

In a disturbing report by the Daily Mail, Baroness Cox says:

“I know Sarah and her family.

“Every sex grooming case is terrible. But the length and cruelty of her abduction make it the worst I have known.”

This shy girl who never had a boyfriend and was studying to one day become a midwife was subjected to vile and traumatic sexual abuse and used by the gang.

Sarah was abducted at a Tesco car park one autumn afternoon in 2005, at the age of 15, by one member of the gang, who is called ‘Jerry’ (not his real name).

In the car park, she received a call on her phone from a man who told her he had something for her and was waiting in a black car.

Extremely naively and regretfully, Sarah approached the passenger door of the car. Then, Sarah reveals what happened when the Daily Mail reporter met her:

“A man in his mid-30s opened it and in the same Northern accent told me to get in. So I sat in the front seat to hear what he wanted to give me. He instantly drove me away.”

Sarah thinks that Jerry got her phone number from a taxi company where Jerry’s friends work. Because she and her brother took a minicab from the firm to get a takeaway a few days prior.

At that time she did notice a man with dark hair who was watching her as she and her brother got into the taxi.

Upon being kidnapped, in the car with Jerry, Sarah was panicking and trembling. He placed his hand on hers and did not listen to her pleas.

Her phone was confiscated and the sim card was destroyed by Jerry when she was taken to a house near an industrial estate. Remembering that time Sarah says:

“He took me inside and I saw a lot of Pakistani men in an open-plan room. Jerry led me past them up the stairs to a tiny boxroom with a bed and the curtains taped up.”

She was left in the room alone.

Jerry visited her a couple of times with water and food that day. She remembers hearing voices and realises now that the men were part of Jerry’s gang who dealt in drugs.

The next night, Jerry raped Sarah for the first time. She recalls “pulling back from him” and being “scared” and then “felt angry, dirty and disgusted after he had finished.”

Jerry told Sarah he had ‘saved her from the gutter’ where white girls like her who had low morals belonged during the sexual assault.

In an attempt to find her, some days later, her brother tracked her down via the minicab firm who led him to the house in a dense Pakistani area. However, Jerry prevented him from getting access and removed him from the premises.

Sarah was scared to make any noise because the gang had threatened to harm her family.

Something common amongst these sex-grooming gangs, who instil fear in their victims related to harm coming to their families, if they do not do as told. 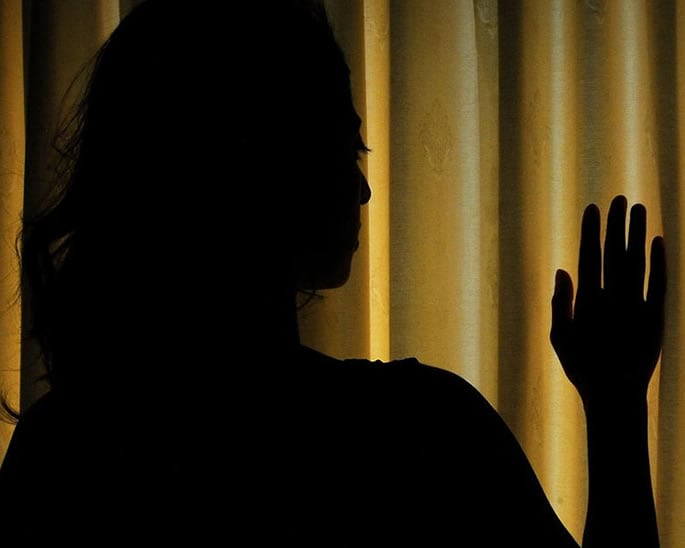 After her brother’s visit, the gang acted quickly and moved her. The police were told about the suspected house by Sarah’s family but they didn’t act.

She was then kept at new house by the Pakistani gang. Where, she was regularly beaten, raped and used as a sex-slave by the men.

Sarah was only allowed to wear traditional clothes. She had to do daily chores including cleaning, ironing and cooking curries.

She was made to learn the gang’s native languages and forced to speak in Urdu and Punjabi.

If she did not obey, she was beaten.

They made her to completely depend on them and cut her off from the outside world. She was given 20mg Valium daily to keep her drugged up.

During this horrific experience of being abducted and kept as a sex-slave, Sarah had eight abortions, performed by the same NHS doctor in hospital or paid for at illegal clinics.

Sarah’s family tried to search for her with very little support from the police. Her mother, Janet says:

“The police kept saying leave it a few days, she’ll come back. But she never did.”

Reports on similar sex grooming cases revealed that the police were afraid of being branded racists due to the gangs frequently being of British Pakistani background.

Due to the political correctness culture, these sex-grooming gangs managed to operate up and down the country with cases in Oxford, Rotherham, Rochdale and many more, without being pursued by authorities.

Until eventually, this kind of sex-grooming by Pakistani gangs became a country-wide scandal, leading to convictions involving girls being abused over decades.

Sarah was allowed out very occasionally, strictly under their supervision of two of Jerry’s sons, only to visit the local supermarket. She was made to wear a hijab when out, to hide her facial bruises from the beatings.

Sarah’s parents had put up posters everywhere in the Pakistani areas in search of their daughter.

Once during the search, Sarah’s mother saw her with Jerry’s sons in the supermarket. Although Sarah hugged her and told her the boys were “the sons of the man who had taken me away months before,” she was whisked away quickly by them.

Her mother could not recognise her and realised the terror in her expressions. Her parents tried to follow them in their car but could not keep up. A report to the police also resulted in nothing.

Sarah was then moved again to another house in a different town by a “furious” Jerry. He even beat her head against the dashboard and windows.

She was then not allowed to go out at all.

Jerry then surprisingly told Sarah they had got married. He presented a wedding certificate signed by a local imam, despite no marriage ceremony.

Her torment continued. She was continually raped and sexually abused.

During her long time in captivity, she progressively formed an attachment towards Jerry emotionally. This is known as Stockholm syndrome, where she needed to co-operate with her captor to survive.

Sarah began to think that Jerry loved her and she began to believe her ‘English’ family did not look after or care for girls the way Pakistani ones do. She says:

“I soon felt I couldn’t breathe without him. My mind was being twisted. I was dependent on him for food, for clothing, for a roof over my head.”

He constantly reminded her that her “family would be killed” if she ever told anyone about her abduction. 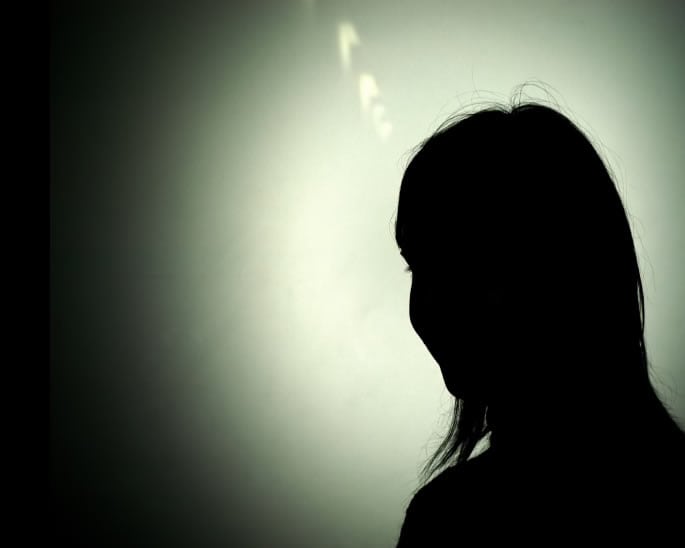 Then, Jerry told Sarah, she was no longer his wife and divorced her.

In 2012 which was seven years since her abduction, Sarah was made to marry another gang member unwillingly as well, after being dressed up by two women.

A wedding photo shows her in traditional red wedding attire with a head-dress. The marriage was conducted by a local imam in the house and was celebrated by guests eating cake and dancing.

After minutes of the ceremony, she was raped by her new husband whom she had just met, prior to the forced marriage. Recalling Sarah says:

“The strange man began putting his hands all over me. I was so weak I couldn’t fight him.”

“He raped me as the wedding party was still going on downstairs.”

Subsequently, every time she tried to run away, she was immediately caught and beaten.

Once she managed to get away to her brother’s place and then moved to a flat in another part of the UK. But she was tracked down by the gang through their network and brought back.

The Pakistani gang then continued to sexually abuse, rape and torment Sarah.

Sarah’s escape from this despicable and vile life was triggered only after one horrific and violent beating which resulted in a neighbour calling the police to report the incident of domestic abuse.

When she was in the hospital for her injuries, she told police what had taken place. This instigated inquiries into her abduction, which are still ongoing.

The gang tried to offer Sarah £30,000 to keep quiet. When she refused, they found her and beat her. By this stage, Sarah decided to act, saying:

“That was the point where I knew this had to end.”

She “began to tell the police everything” and “begged them” to protect her.

Shockingly, the gang still got to her. When she says a police officer from the same community as the gang told her to drop the allegations against one of the attackers due to “lack of evidence” when he turned off the tape-recorder in a police interview.

To which she agreed out of fear. However, the same officer was since imprisoned for child sex crimes himself.

In 2017, Sarah managed to escape from the gang’s direct control, at the age of 26. However, sadly she has known no other life than being “under the gang’s control.”

Sarah currently lives in a secret safe house protected by police and social services. But she still received a call from Jerry with him saying: “Hello white trash,” before he hung up.

Police are still trying to collect sufficient evidence to bring charges against the Pakistani gang, saying:

“Victims of these crimes should have every confidence in our force’s ability to tackle criminal exploitation and bring those responsible to justice.”

Baroness Cox is helping Sarah get legal advice for her case and support from specific organisations.

Images for illustration purposes only