Ashok Rajamani reveals all about his unique and inspiring memoir, ‘The Day My Brain Exploded’ which is also set to be adapted into a Hollywood film.

Indian American author Ashok Rajamani, who suffered a sudden haemorrhagic stroke has channelled his near-fatal experience to write his critically-acclaimed memoir ‘The Day My Brain Exploded: A True Story’ (2013).

Having suffered this cerebral defect at the age of 25, Ashok was left with lifelong percussions. This includes bisected blindness, distorted hearing, erratic transient amnesia and epilepsy.

The author’s critically-acclaimed memoir also highlights issues of racism, disability and perceived notions concerning the brain and mind. His inspiring story showcases his triumph over his life-threatening illness.

Despite his physical disabilities, Ashok did not let them become a hindrance. Instead, he used his experience to help other brain-injured sufferers as a brain injury rights advocate.

Ashok’s memoir also caught the attention of Hollywood’s Animus Films, who will be adapting his memoir into a Hollywood film.

Speaking to journalist Minah Guptataj, Ashok discusses the pandemic, his memoir, and the upcoming movie of his life. DESIblitz brings you the insightful interview.

Who is Ashok Rajamani?

The Indian American guy in question is Ashok Rajamani, author of works such as ‘Imagine Carnivalesque’ (2015), collaborations, and prose along with poetry in dozens of publications.

Most famously, he is the author of ‘The Day My Brain Exploded: A True Story’ (2013), the Pulitzer Prize-Luminary Commended memoir which is now optioned for the big screen by Animus Films.

Like the Springsteen song, he was born in the USA and raised near a cornfield in the heartland of America, Illinois, one of the handfuls of kids of colour in the neighbourhood.

He took off to New York City at seventeen and never looked back. At the age of twenty-five, Ashok suffered a catastrophic, near-fatal brain haemorrhage which left him with lifelong bisected blindness, epilepsy, distorted hearing, and many other complications.

His strong survival instincts and indomitable will have enabled him to face the challenges of relearning just about everything after his brain injury: from eating to thinking to speaking to walking to even just seeing.

Ashok’s stroke and his miraculous recovery are recorded in the aforementioned memoir.

A book which shows how the will to survive can triumph even the most daunting experiences, all while tackling issues such as racism, disability, and perceptions surrounding afflictions of the brain and mind.

The critically-acclaimed book received praise from Pulitzer Prize luminary Jane Smiley, as well as global raves from Publisher’s Weekly, Harper’s Magazine and The Washington Post among others.

An edgy and triumphant survival memoir of a brain-injured Indian American, it is one of the first books of its kind in history.

As a survivor, Ashok has become a proud brain injury rights advocate, serving on the board of the International Brain Injury Survivors Network and is a Subject Matter Expert (SME) for the Brain Injury Association of America.

He is also a renowned public speaker, poet and visual artist. He has had his work exhibited in galleries like Greenpoint Gallery and Exit Art New York. 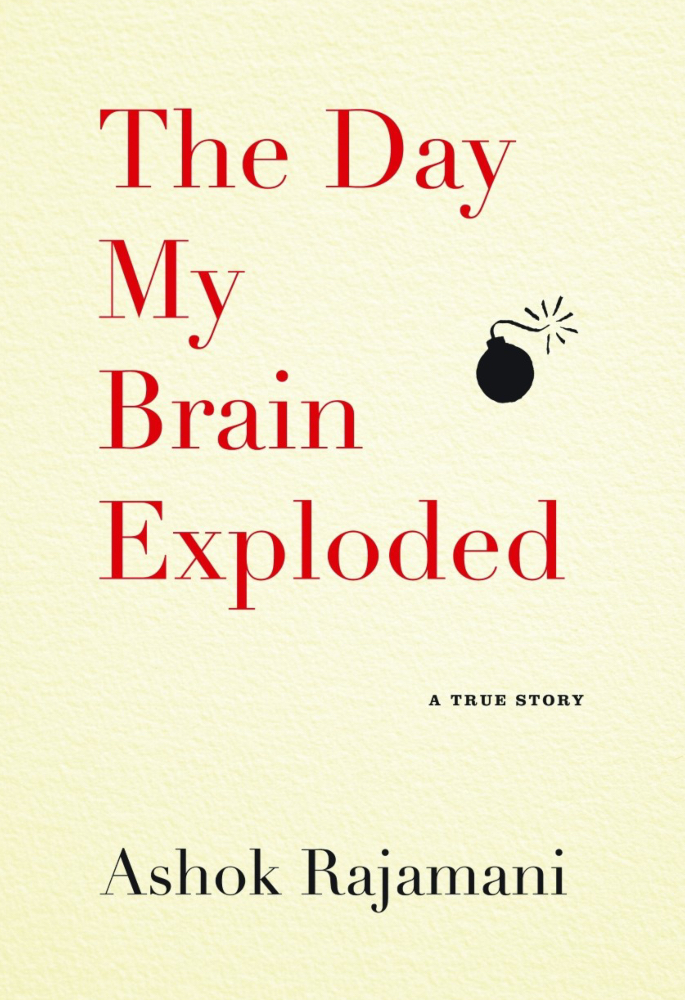 What about the book makes you most proud?

I’m proud that I’m telling a story which has rarely been told before.  It’s the odyssey of a young boy of colour with braces growing up in the Heartland only to have to face disability from a massive, life-changing brain bleed just in his twenties.

Discussing how the colour of one’s skin crashes into the destruction of one’s brain is a story which has barely been out there and challenges what we know about the Indian American experience.

Most books on race and racism deal with other minority groups, like Latinx and African American communities. Indian Americans go through hell too and I’m proud to have documented this issue so fiercely.

Your works often dive into two elements of your identity: race and disability. Why do you think this is?

I suppose it is because these are two facets of my identity which are most visible and deeply affect my world: my skin colour and the permanent scar engraved on my skull from my brain surgery.

As a little brown boy raised in the Heartland – a Hindu Hick I like to say — I understood that my skin colour was a conspicuous visibility, but it was more than just something to be seen – it was a crime.

I would be at these all-white functions like county fairs and tractor-pulls and it just seemed at the time that by going into their spaces.

“I was always invading ‘white’ territory, so as an invader, I was automatically committing a crime.”

And now, suffering the bisected blindness, brain injury and other handicaps in a world of abled folks, I fit in even less, so the crime continues.

How do these parts of your identity affect your life these days?

Both stigmas, racism and disability discrimination, obviously still exist in society. Out of the two, my race is obviously the most discernible.

On the other hand, my disabilities, fortunately, or unfortunately, have the option of being invisible.

After all, let’s face it – I can grow my hair to cover my scar. The only way I can cover the colour of my skin is to put on a lot of clothing and I have yet to don a Burqa.

How are you making it through the Coronavirus pandemic?

New York got hit hard, so I fled to my folks’ home in New Jersey. I’m safe and sound with Momma’s home-cooking. It’s pretty good.

Don’t have to do takeout. But I can’t lie being in your early 40’s and living with your mum and dad is no piece of cake.

I think everyone all over the world is on edge right now. Especially those of us forced into self-isolation, quarantines, and lockdowns, which itself is horrible.

The main problem is that many brain-injured folks, including myself, feel socially-distanced in the first place. So, this kind of isolation only exacerbates this problem. 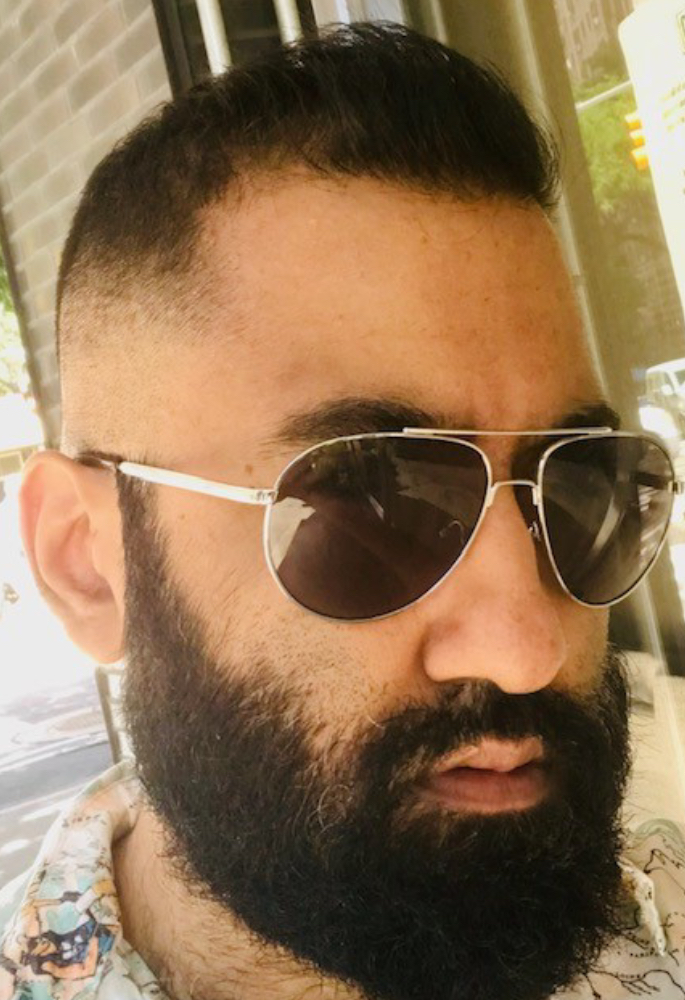 How do you feel about your memoir becoming a movie?

It’s every author’s dream! Since it is the filmy Hollywood version of my memoir, it really is a unique story, except now instead of just being in print, it will be on the silver screen.

Animus Films optioned the memoir. The studio is responsible for many acclaimed, independent, prestigious, groundbreaking films, released by studios such as Paramount Pictures and IFC Films.

Some of these movies include The Man Who Knew Infinity (2015), starring Dev Patel and Jeremy Irons, and The Words (2012) with Bradley Cooper, Zoe Saldana and Dennis Quaid.

I am really honoured to have this amazing production company bring my life story to the big screen.

What’s next in the film adaptation process?

I’m not a pro at the whole book-to-movie thing. This is my first time. I’m assuming we first need to get a good script and then all falls in place like getting a director and everything else.

“I’m excited to say that the book has already won the Tribeca Film Institute/Sloan Fund for helping fund and develop the movie.”

Do you see any specific challenges?

There are tons of challenges in making any film, but there is one in particular that comes to mind: finding the cast! Let’s face it, Hollywood is white, pure and simple.

There are bits and pieces of colour popping up these days, but not hardly enough. Because my parents are born and raised in India, I have no problem with Bollywood stars portraying them.

However, my brother and I are Indian American. And there are FEW Indian American actors. Now, I come from NYU which has tons and tons of acting-students.

The only roles I see my people get are ‘Arab terrorist’ clichés or South Americans in general. So I’m anxious to have a South Asian American play my character.

Of course, beggars can’t be choosers. So we just might have to get a South Asian actor from another country, who can do a sexy Midwestern accent. Although I hope that won’t be the situation!

Do you have any other anxieties about the movie?

Still not sure what I’m going to wear to the premiere.

Undoubtedly, Ashok Rajamani’s bittersweet journey has inspired many and certainly deserves international recognition. His unique story will be amazing to view through a cinematic lens on the silver screen.

To find out more about Ashok Rajamani, please go to www.ashokrajamani.com.