Innovative, unique, talented; these words describe the versatile Ash Mukherjee. Working with big names. DESIblitz met up with him to find out more.

"The artful and enthralling performers never lose the audience’s attention or affection.”

Rising to fame at a young age, Ash Mukherjee brings a fresh new flavour to dance. This multi-talented artist has worked with the crème de la crème of the entertainment industry. He performed in a spectacularly choreographed piece for the UK’s hit dance show So You Think You Can Dance 2.

Born and brought up in Calcutta, Ash learnt the art of Bharata Natyam, an Indian classical form of dance. This style of dance is known for its musicality and grandeur and is the national dance of India in Tanjore School. His teacher was Guru Smt. Thankamani Kutti, a renowned teacher.

Speaking about his inspirations at the River Culture Festival, Ash said: “I was passionate about rhythm. My dad played the tabla. My mum was a Hindustani classical singer. I would see Hemaji or Shambhu Maharaj and all these amazing people or Birju Maharaj dancing on the screen and that was what was really inspiring because these were great classical dancers who were dancing in film.”

Ash received his first award at the young age of 13. He was the youngest principle dancer of Kalamandalam Kolakta. He obtained The Best Male Dancer Award by Lavavinyas, India and had the wonderful opportunity to perform for Mother Teresa.

After continuous training, he began to broaden his style becoming more versatile and experimental. In 1998, Ash came to England to train in classical ballet at The Royal Ballet. He also learned Jazz Theatre Dance from Dollie Henry. 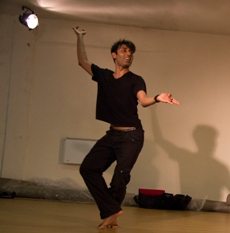 News of his talent spread quickly as he became more popular. Ash was offered to work in Andrew Lloyd Webber’s West End hit Bombay Dreams while he was still in his second year of training.

His next achievement became a special mark in his career. In 2007, he became the first Indian National to have been nominated for a Critics’ Circle National Dance Award UK for his much-admired contribution to the 2006 Place Prize winning performance.

One of the most memorable moments was when he was chosen by Kenny Ortega, the director of the Michael Jackson This is it! concert. It was produced by AEG Live to represent India in the world’s biggest comeback tour. Ash was also chosen to duet with Michael Jackson as a specialist dance act.

Being a huge fan of Michael Jackson, he entered the Move Like Michael Jackson contest with his unique moves and went on to become a finalist. He was mentored by Michael’s choreographer and close friend, LaVelle Smith Junior and performed in front of judges Jermaine Jackson, Mark Summers and Jamelia.

DESIblitz personally caught up with Ash Mukherjee to find out more about his dance and art:

Ash’s thriving career led to him to open up his own dance theatre, named Ash Dance Theatre, Temple Dance for the 21st Century. His goal: “To bring temple dance to mainstream audiences in the West.” 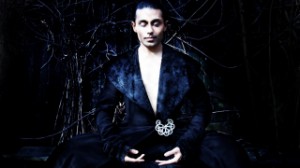 He expresses: “I seek to bring a thorough understanding and appreciation of cross culture and cohesion to mainstream audiences here in the UK by creating work that is relevant to their culture and sensibility.”

Ash also has a number of his own productions under his belt (classical and contemporary), which have been extremely successful.

His first classical production, Aum, was inspired by the story of conflict between Krishna the Blue God and Kalinga the serpent, where Krishna represents the Self, and Kalinga the Ego. His second production, Oordhava Tandavam, was created for the 4 RIFLES Officers’ Mess Summer Ball of 2010. He collaborated with Arunima Kumar, one of India’s most versatile leading temple dancers.

One of his contemporary productions, Affluenza, was loosely based on Oliver James’ book. The story was of two temple dancers and two street dancers who played the roles of The Banker, The Socialite, The Sex Addict and The Doctor. The narrative explores being affluent and its symptoms of envy, greed and lust. 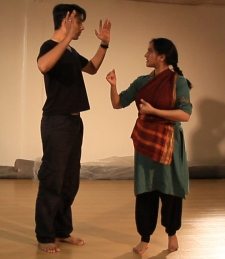 His most recent venture is collaboration with Sonia Sabri, a talented kathak dancer for her production Kaavish. This show follows Sonia’s dancing career and features live performances, archive footage and a narrative by Sonia, which will give audiences a personal insight into her work.

Ash strives to make Temple dance known to the whole world. He states: “Temple dance may be born of a temple, but it does not have to stay there. The fact that most temple dance styles date back beyond 900 BC and yet have a vital place in today’s world is proof positive as to why it’s deemed as a classical dance.”

Ash’s work makes him one of the most unique, cutting edge dancers and choreographers in the industry today. His style reflects his clear love and passion for dance as he constantly brings in new ideas, fusions and collaborations, definitely a dancer like no other.

Meera grew up surrounded with desi culture, music, and Bollywood. She’s a classical dancer and mehndi artist who loves everything connected with the Indian film and television industry and the British Asian scene. Her life motto is “do what makes you happy."
Raghu Dixit ~ a Sensational Singer with a Folk Touch
Niladri Kumar ~ Creator of the Zitar