Salman Khan to be “treated like any other prisoner” in Jail

Bollywood superstar Salman Khan has been convicted and given a jail term for 5 years for the poaching case of two blackbucks. He will be held at Rajasthan’s Jodhpur jail where he will be treated no differently to other prisoners officials say.

"We have made special security arrangements in the jail for Salman Khan."

Bollywood actor Salman Khan will be imprisoned in a jail in Rajasthan’s Jodhpur, further to his conviction in the poaching case of two blackbucks in Kankani village in October 1998.

Sentenced to a five-year jail term and fined Rs 10,000, prisoner 106, Salman Khan will be spending his time in a highly secured barracks next to the already jailed ‘self-styled’ religious leader, Asaram, who is facing trial for rape cases.

Asaram has been in the jail since August 3, 2013, after being arrested for allegedly sexually assaulting a 16-year-old schoolgirl.

“We have made special security arrangements in the jail for Salman Khan.”

Salman Khan will be residing in “Ward Number 2” said Singh.

Singh clarified that ‘Bhai’s residence in the jail will be in the security ward and he will be not sharing the barracks with anyone. The security wing only has individual barracks and isolate the prisoners. 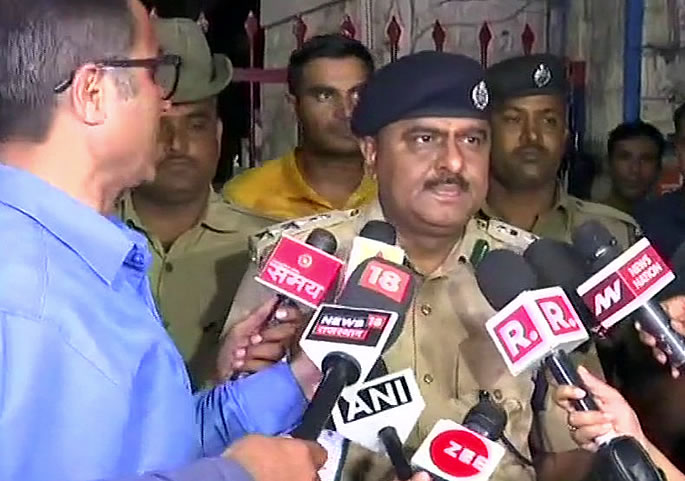 “He was made to undergo medical tests and has no medical issues. He hasn’t made any demands. We’ll give him a jail uniform,” added Singh.

The jail officials have confirmed that Salman will be treated like any other prisoner and will follow all the rules of the jail’s schedule.

The Sultan actor will be sleeping on the floor and have the use of a ceiling fan to help with the Rajashtani heat because temperatures in Jodhpur are around 40 degrees Celcius. 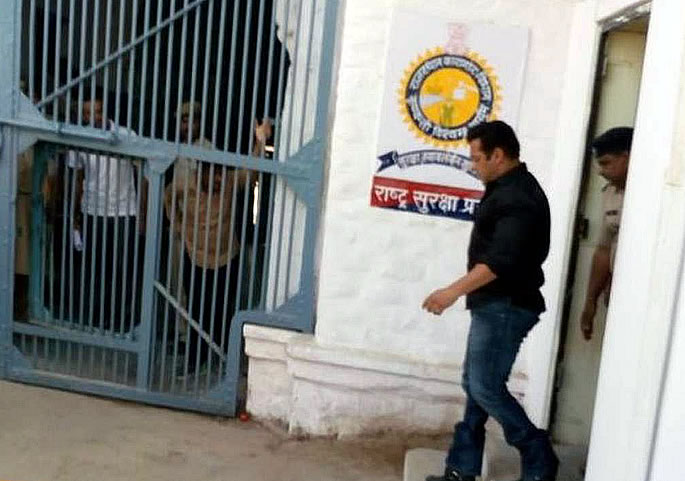 Talking about the prison regime, Vikram Singh explained that Salman Khan like the other prisoners will be served tea and breakfast between 9am-10am in the morning. After which he will be locked in his ward between 11am-3pm. Then, until 7pm, he will be allowed out to roam around and then will be given dinner around this time back in the barracks.

This is not the first time the Bollywood superstar is facing jail time in Jodhpur.

He had three cases against him in 1998 – two for poaching Indian gazelles and one for killing the blackbucks.

In 1998, he was arrested by the Forestry Department and placed in custody for two days and then transferred to jail for four days between October 15-17 1998.

In 2007, Khan was in prison again when his appeal against the conviction was rejected by the session court on 26th August 26. But was again released on bail by the high court on August 31.

In 2014, the other case which most people felt Salman Khan should’ve been jailed for was the killing a homeless man with his car after a night out drinking 13 years previous.

For the killing of the man, Khan had been found guilty on all charges, including driving while under the influence of alcohol and without a licence. He was sentenced to five years for this crime but the judgment was suspended on appeal and Khan avoided jail.

Therefore, people now wait to see if Salman Khan will once again avoid a long-term of jail time by winning yet another bail appeal, which his legal team has put forward against this latest custodial sentence.

This now means Salman’s new films Race 3 and others could suffer a definite setback.

Amit enjoys creative challenges and uses writing as a tool for revelation. He has major interest in news, current affairs, trends and cinema. He likes the quote: "Nothing in fine print is ever good news."
Salman Khan gets 5 Year Jail Term for Poaching
Beautiful World: Breaking Silence on India’s Rape Culture