Amir Khan was stunned mid-interview after seeing his wife Faryal Makhdoom being questioned about boxing after his showdown with Kell Brook.

"She'll be getting punditry work before you."

The Bolton-born boxer was being questioned about his intense showdown with rival Kell Brook ahead of their upcoming fight.

It followed a press conference where it was announced that the bout would take place on February 19, 2022.

The event had gotten off to a heated start with both British boxers getting in each other’s face, forcing security to pull them apart.

However, after going back and forth, Khan seemed to be in a more pleasant mood when later speaking to the media.

While being interviewed by Seconds Out, he was soon distracted by his model wife talking about boxing across the room.

“Is that the wife doing an interview on Sky?

“What’s going on there? I’m like wait a minute…”

The interviewer jokingly questions: “Are you worried about what she’s saying?”

The boxer continues: “She’s really good at what she does but…

As the reporter continues to try and ask Khan about him being with Terence Crawford’s camp, he remains focused on Makhdoom.

Before pulling a funny face and pointing, Khan continues:

“She does know boxing, a lot of people don’t give her credit. She sometimes tells me what to do in boxing.

“Say we’re watching a fight together, ‘ah, he should be throwing the jab a little bit more. Why is he not going for the body? He needs to hit with the overhand left because his guard’s too low. He needs to get his hands up’.

“So she knows a bit about boxing which I’m quite surprised by because she normally keeps it quiet.”

The interviewer then joked: “She’ll be getting punditry work before you.”

“I was so impressed, Amir looked really chilled, really confident.

“Some of the things he came out with were shocking, it was funny, it went well, it made everyone laugh.

“Kell needs to – I felt like Kell was a bit boring.”

When asked what shocked her the most about her husband’s comments, she replied:

“I think just the ‘shut up’. The plain old shut up.

“It’s funny because Kell mentioned Amir getting knocked out and Amir said you got punched with a jab and you couldn’t get up.

“It was quite funny.

“But you know what, good luck to both fighters. It’s a hard sport and I wish them the best of luck.” 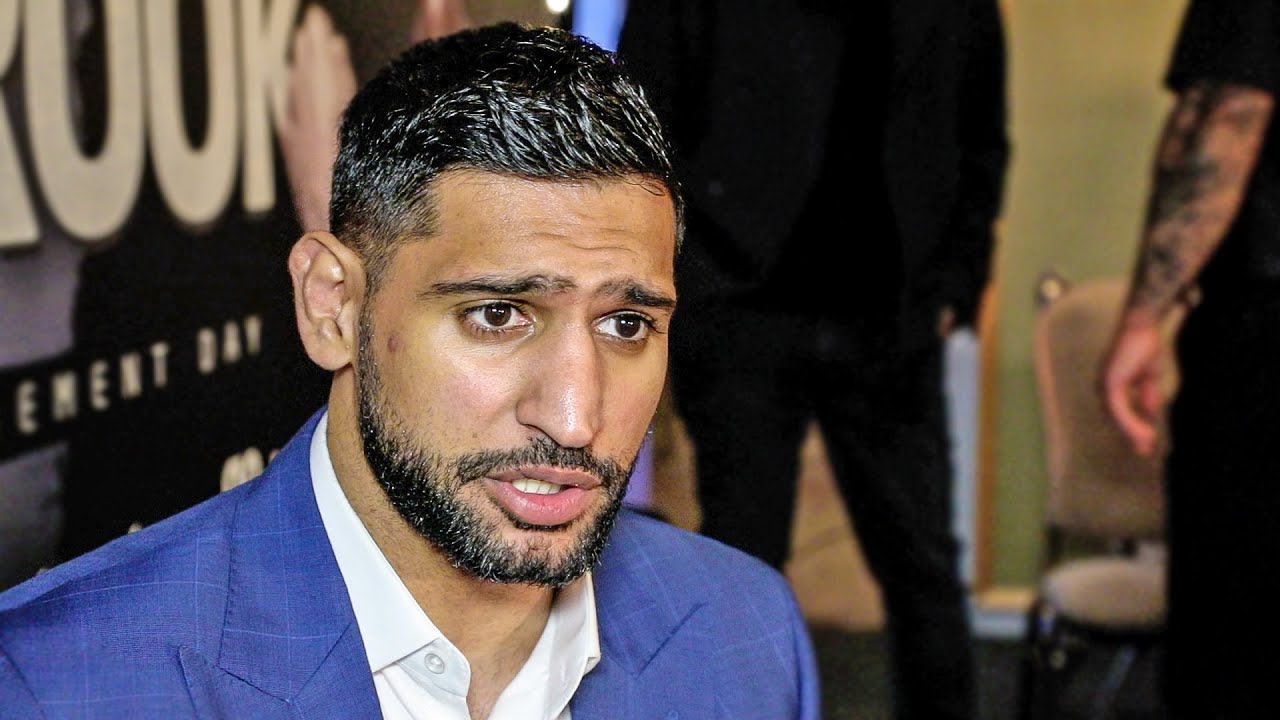 The fight between Amir Khan and Kell Brook will take place at Manchester’s AO Arena.

Naina is a journalist interested in Scottish Asian news. She enjoys reading, karate and independent cinema. Her motto is "Live like others don't so you can live like others won't."
Amir Khan & Kell Brook settle their Rivalry in February 2022
Amir Khan says Azim Brothers can become World Champions