Amir Khan and Kell Brook have finally confirmed that they will settle their rivalry on February 19, 2022, in Manchester.

“He’s never given me respect, acknowledged me."

It has been confirmed that Amir Khan and Kell Brook will finally face one another at Manchester’s AO Arena on February 19, 2022.

For years, the British rivals have gone back-and-forth over a potential fight but it failed to materialise.

But now, a press conference has confirmed that Khan and Brook will finally settle their rivalry.

The press conference got off to a heated start, with the pair going nose-to-nose during their face-off, forcing security to separate the two.

Khan and Brook resumed the centre of the room, going back-and-forth. 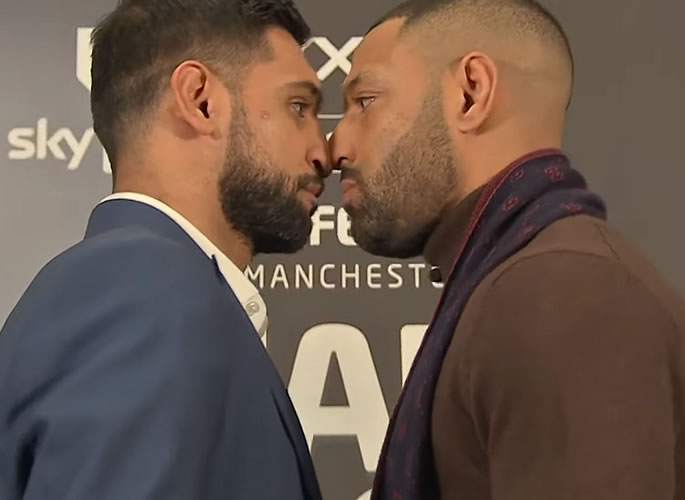 While many boxing fans have argued that the fight is not as big, given that both fighters are nearing the end of their careers, BOXXER’s founder and CEO Ben Shalom said the bout still carries weight.

He said: “Khan and Brook are icons of the sport in Britain and this will be an iconic encounter.

“Their rivalry has simmered for years, they are still by far the best welterweights in the country and the eyes of the world will be on them when they square off in February to finally settle the question about which of them is the better man.

“This is a fight every boxing fan has wanted to see for years.

“It’s the biggest fight in British boxing right now outside of Anthony Joshua versus Tyson Fury and we’re delighted to be able to deliver this legacy-defining clash live and exclusively on Sky Sports Box Office.”

On getting the fight across the line, Brook said:

“I’m sick of people coming up to me asking me when I’m going to fight him. February 19 is when he hits the deck for the final time.”

Kell Brook went on to reveal why he dislikes Amir Khan.

He continued: “He’s never given me respect, acknowledged me.

“He’s always run away and it’s come to this part of his career when there’s nowhere else for him to run. This is the biggest fight out there for him.

“It’s been frustrating for me, I’ve wanted this for many years.”

On the accusations, Khan responded:

“I’ve never ran from him, never needed to, what I’ve achieved in sport speaks for itself, but we’re here now.

“At the end of the day, the talk he’s been giving, February 19, he needs to back them words up.”

The former world champion went on to say that he cannot wait to “give him a good shot right in the face”.

Khan added that Brook was “levels and levels” below him.

Brook, also a former world champion, said Khan was in “cuckoo land” and “needed to go back to believing he’s a celebrity”.

The pair then continued to express their disdain for one another, with Brook threatening to “knock him spark out” on February 19.

Khan responded, telling Brook he’s “not going to do s***”.

The explosive press conference continued with both men throwing jibes at each other. 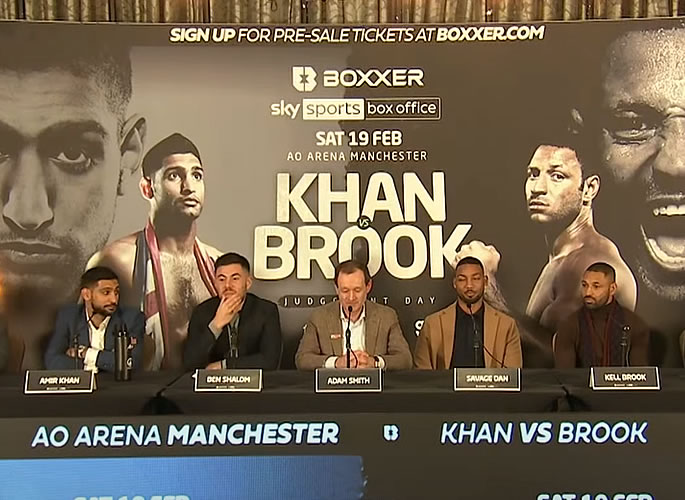 Despite the trash talk, both boxers were “excited” for the fight.

“Amir Khan against Kell Brook is here at last and we’ll bring you an unforgettable evening of action as these two huge names in British boxing finally settle that long-running rivalry.

“Khan and Brook have been asked about this fight for a decade, despite their success as world champions, and now we get the answer in Manchester on February 19.

“We’ve covered some of the biggest fights in the careers of Khan and Brook, but this one is special – a heated feud has simmered for years and there’s so much pride at stake.

The press conference ended with both fighters facing off, albeit it was not as fiery as the one at the start of the event. 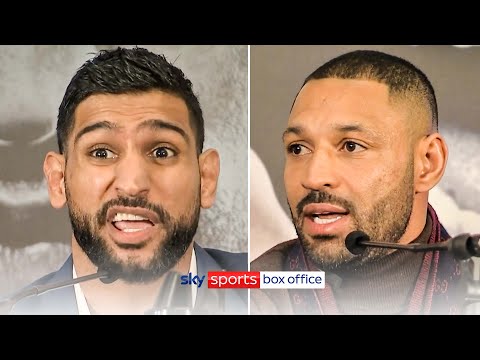 Dhiren is a journalism graduate with a passion for gaming, watching films and sports. He also enjoys cooking from time to time. His motto is to “Live life one day at a time.”
British Kabaddi League to Drive the Sport Forward
Amir Khan Shocked by Wife Faryal Makhdoom’s Interview