British boxer Amir Khan crashed his white Mercedes, worth £90,000 after the vehicle reportedly “lost control” on the motorway.

"A scary experience. Car lost control on the motorway #aquaplane."

British boxer Amir Khan crashed his £90,000 Mercedes into a barrier after he reportedly lost control whilst driving on the M6.

Although the exact time of the crash had not been clarified, the boxer posted footage on his Instagram of his white S350 wrecked on November 15, 2020, during the early hours of the morning.

The video showed the bumper falling off as well as the hood lifted up. Although the side profile of the car does not seem as damaging, the back had taken a serious hit and the metal was falling apart.

All of his car lights were flashing excluding the rear light as it had completely broken. It was clear that the right side of the car took a bigger hit.

It was also clear that the surface was extremely wet due to the heavy rain last night, making the driving conditions difficult.

The incident occurred on the M6 southbound between junctions 12 and 13.

It was unclear if he was driving alone or if others were in the car too. Fortunately for him, there were no casualties or injuries of any sort.

He added: “Thank God everyone is safe.”

Amir explained how driving into a motorway barrier had felt like he had been hit by a “combo”.

“Smashing into the side of motorway barrier felt like being hit with a combo!” 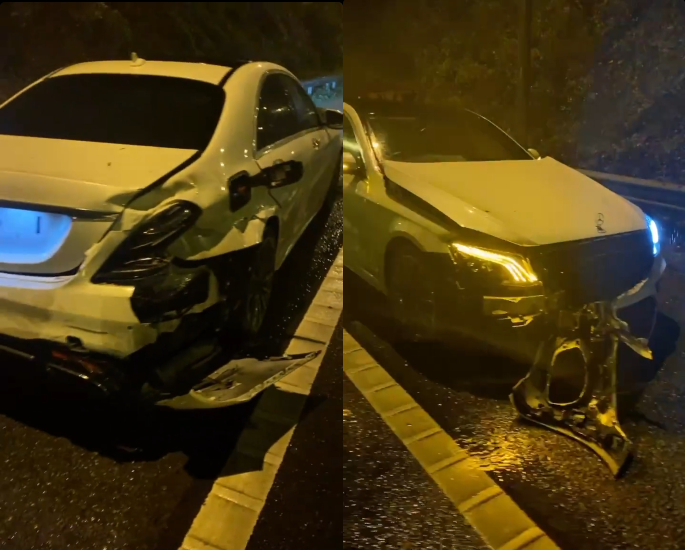 This had not been Khan’s first supercar related issue.

In 2012, the boxer had “knocked out cold” a gang of thieves who had attempted to steal his Range Rover.

The Range Rover itself was worth roughly £100,000 but Amir Khan and his brother both fought off the criminals.

The former world champion does not shy away from his love of supercars. His collection is a clear indication of how successful his career has been over the years.

Even with the loss of his current Mercedes, Khan still owns a handful of luxury cars. 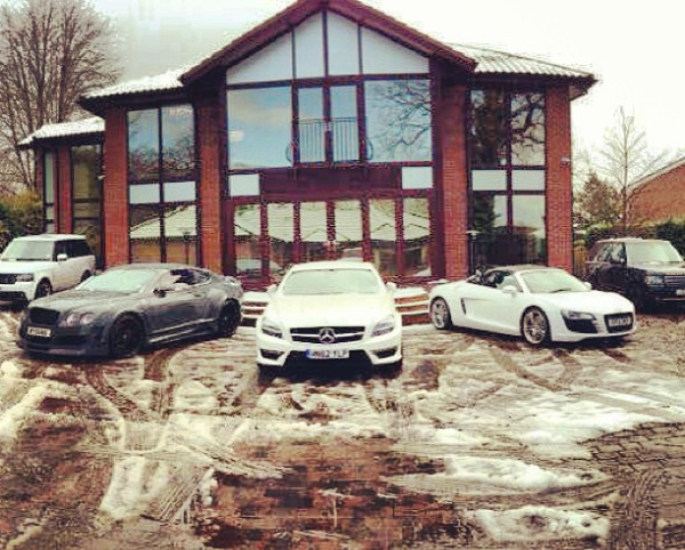 These include a Bentley Continental, an Audi R8 and two Range Rovers.

This was also not his first Mercedes. Khan reportedly owned a Mercedes S63 which he had purchased five years ago.

Although his S350 looks like it will be written off or in need of a completely new face and back, the boxer should have no problem splashing the cash for another luxury car to add to his collection.

Ammarah is a Law graduate with an interest in travelling, photography and all things creative. Her favourite thing to do is explore the world, embrace different cultures and share stories. She believes, “you only regret the things you never do”.