"Bro, your own HOA (Homeowners Association) voted you out..."

Mia Khalifa took to Instagram and posted a cheeky video of herself trolling Donald Trump.

In what was the biggest US election since 1900, Democrat Joe Biden secured presidency from Trump following days of vote counting.

It had been one of the most uncertain elections, with Trump making accusations of ballot fraud and demanding a recount.

Supporters of Joe Biden celebrated the victory and that included the former adult star, Mia Khalifa.

The 27-year-old turned up to the White House in a pair of striped pyjamas and face mask. She was holding a cup and asked: “Do you think he has any sugar?”

Mia has been one of many protestors outside the White House, where Trump is still insisting that he won.

The ex-pornstar celebrated his defeat to her 22 million Instagram followers.

Alongside the video, she wrote: “93% for Biden in DC. Bro, your own HOA (Homeowners Association) voted you out…

Her followers enjoyed the video. One resident from Paris, France wrote:

Her video was posted as jubilant Biden supporters danced in the streets in cities across the country. Meanwhile, Trump fans held angry “Stop the Steal” demos.

Leading up to the election, Mia Khalifa has been active in encouraging people to go out and vote.

In October 2020, she posted a bold video of herself breathing heavily in the desert and making various euphemisms when discussing voting. 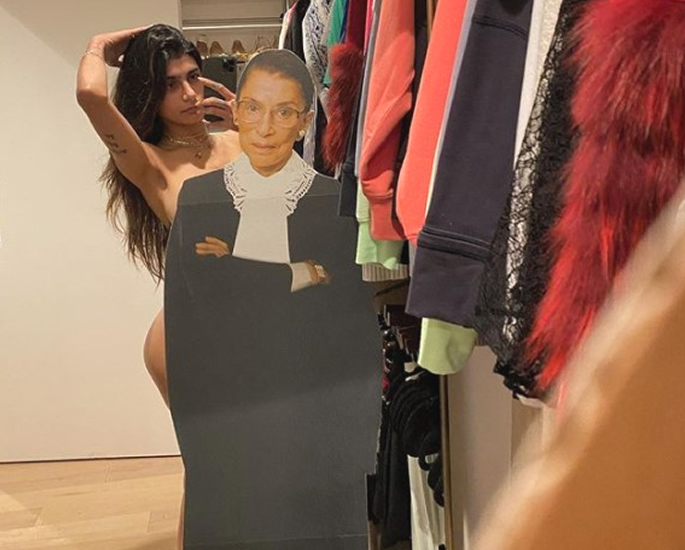 “Vote to keep the doors women before us opened, open. #VOTENAKED.”

However, she revealed that she is “haunted” by the videos she made aged 21. She claimed that she was paid just $12,000.

Dhiren is a journalism graduate with a passion for gaming, watching films and sports. He also enjoys cooking from time to time. His motto is to “Live life one day at a time.”
Indian Mother donating Breast Milk amid Pandemic
Amir Khan Destroys £90k Mercedes after the car ‘Lost Control’