A US Indian businessman has bought Donald Trump’s penthouse for $17m. It was originally listed for $32m, but the Indian-US businessman brought it down.

It was originally listed for $32m.

Indian-US businessman, Sanjay Shah, in Chicago had bought the former penthouse of President-elect for $17m.

Shah bought the penthouse on the 89th floor of the famous Trump tower.

The Indian businessman said that negotiations with Trump for the penthouse began 2 years ago.

The building is said to be the only one with the Trump sign on it.

Shah told the Economic Times (ET) that he had not yet spent any time decorating. He reportedly told Trump:

“When I have my house-warming party, you will be the first person I invite and you have to accept my invitation.”

The now President-elect was said to have agreed to Shah’s request. But, Shah admits that now it might be difficult. He said:

“That was then, this is now. So, I don’t know…maybe he might. But, he’s got a phenomenal memory. Once he makes a commitment, he sticks to it.”

Shah is known to have created real estate history in Chicago two years ago when he bought the penthouse. It was originally listed for $32m. But, after many negotiations, it was eventually sold to Shah for $17m. 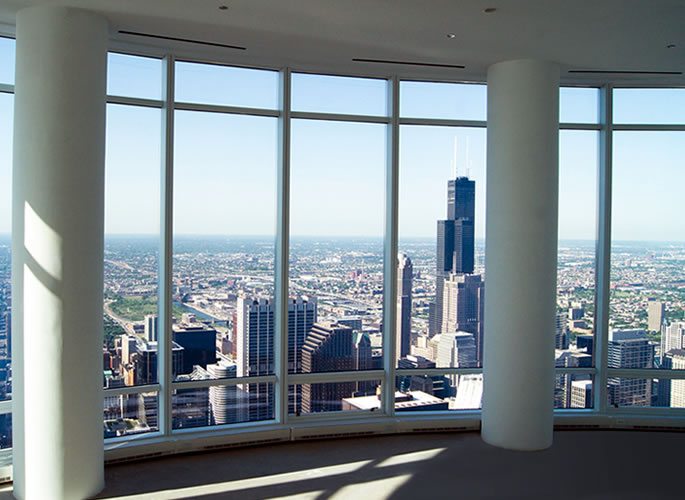 During Trump’s campaign, Shah chose to stay away from the media. He tells the ET: “I received many requests from the media for comments throughout his campaign. But, I didn’t want to inject myself or say anything.”

The penthouse of the President-elect is not the only hugely successful buy for Shah. He also owns property in the former MI6 Headquarters, known as the Perspective building, in London.

Shah says: “London is one of our [Shah and his wife’s] favourite cities.”

It was Brexit that got Shah to seal the deal in September 2016 and says: “After Brexit, everything went south in London. I have to say, though, I used that to my advantage.”

When Shah was asked what would he say to Trump if he did meet up with him, he replies: “How did you do it? How to pull off a win when all the odds are stacked against you? I would love, love to pose that question to him. How, when everybody had given up on you, you ended up winning?” he told the Economic Times.

Alima is a free-spirited writer, aspiring novelist and insanely weird Lewis Hamilton fan. She's a Shakespeare enthusiast, with a view: "If it were easy, everyone would do it." (Loki)
Vegans furious at New £5 note containing Animal Fat
Pregnant Dancer Shot on Stage at Wedding in Punjab