A man from Leicester woke up to discover a car on top of his Mercedes following an accident. The incident happened on May 19, 2019.

Bhupendra Patel, of Leicester, woke up on May 19, 2019, to find another car had crashed on top of his Mercedes.

The 62-year-old explained that he was unaware of the incident until a young boy from his neighbourhood told him.

The boy knocked on Mr Patel’s house to tell him there had been a car crash and his Mercedes C200 was badly damaged in the accident.

Mr Patel left his terraced home on Lyme Road, Evington and walked around the corner to Devana Road where he saw that his car, as well as two others, had been hit by another car.

He said: “The was a knock at the door and the boy said my car was damaged in the accident.

“The car had damaged three parked vehicles – it hit one car, then crashed into ours, knocking it into the car in front and coming to a rest on top of it. I couldn’t believe it.”

A Mercedes C1 had smashed into the first car before it stopped partially on top of the other Mercedes. 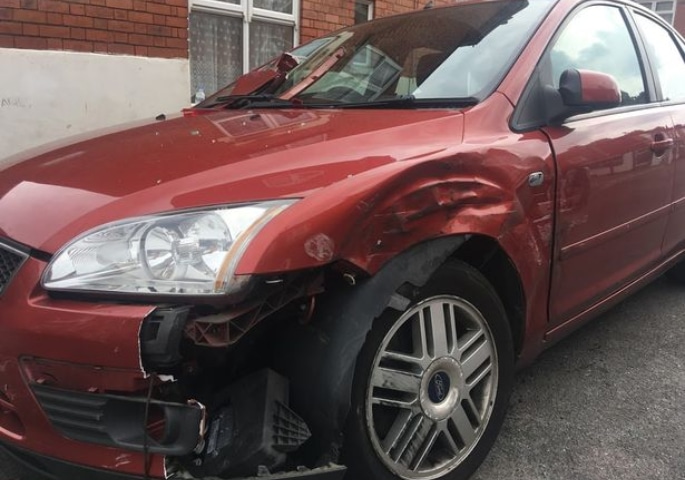 A red Ford Focus and a grey Honda Civic were the other cars damaged in the accident. Both cars were parked on either side of Mr Patel’s Mercedes.

The accident was reported at 8:52 am and police officers arrived shortly after.

Leicestershire Police released photographs of the car on two wheels and resting on Mr Patel’s car.

The Leicester Mercury reported that there was only one person in the Mercedes at the time of the crash and that there were no significant injuries. 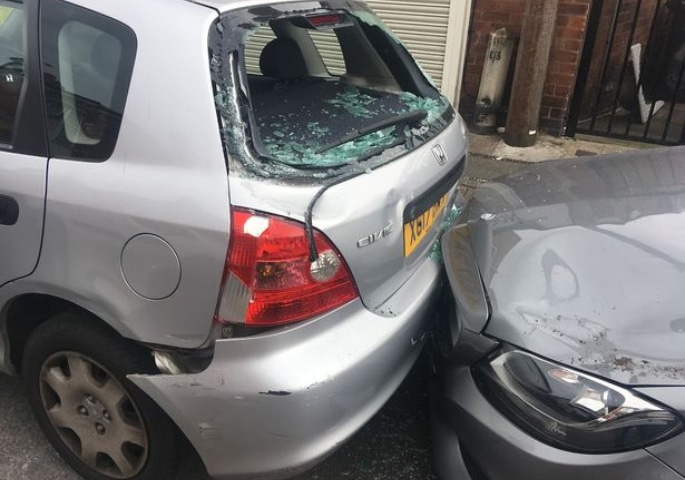 The man inside the car was breathalysed and arrested on suspicion of driving under the influence of alcohol.

In another incident of drunk driving, a man from Harrow had been over the legal limit when he impersonated a police officer.

Vinod Patel drove to a McDonald’s restaurant near Wembley Stadium on November 25, 2018. He used a fake police ID to get a discount on his meal.

As he was about to leave, he was stopped by passing police officers who advised him to use his mirrors.

Patel swore at them before speeding off. He even showed them the bogus police ID.

Police gave chase and was able to stop him on Bridge Street, Wembley.

Patel was breathalysed and was found to be over the legal limit for alcohol whilst driving.

He escaped a jail sentence but was fined more than £1,100 at Willesden Magistrates’ Court.

Dhiren is a journalism graduate with a passion for gaming, watching films and sports. He also enjoys cooking from time to time. His motto is to “Live life one day at a time.”
Pub Landlord banned after £7m unpaid Tax Discovered
Luton Drugs Gang jailed for Multi-Million Pound Operation