Aftab Ahmed has pleaded not guilty to threatening to behead UKIP Newcastle East candidate, David Robinson-Young. He has been released on conditional bail.

"I'm an ex-policeman and I've been subjected to numerous physical threats in the past."

A Newcastle man has denied threatening to behead a UKIP candidate for Newcastle East, David Robinson-Young.

Aftab Ahmed, 44, of Winchcombe Place in Heaton, was charged with making death threats against Robinson-Young in a phone conversation.

He pleaded not guilty in a short hearing that took place at Newcastle Magistrates’ Court on April 30, 2015.

Robinson-Young claimed he received a complaint from ‘Mr Khan’ – believed to be Ahmed’s alias – about the Middle East. He described the 20-minute conversation as ‘particularly chilling’.

Robinson-Young recalled: “He said the Muslim community is really annoyed with the British government supporting bombing Muslim countries, and that the community here just wants to get on with their family lives.” 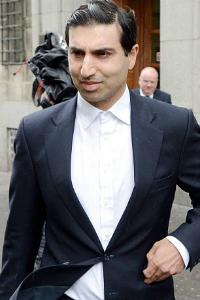 As the UKIP candidate indicated his intention to end the phone call, Ahmed allegedly launched insults at him and threatened to take his life.

He said: “You had better f**k off or you will be beheaded next.”

Although ‘shaken’ by the incident, the parliamentary candidate made it clear his altercation with Ahmed would not deter him from serving his constituency.

He said: “I’m not a man who is easily intimidated. I’m an ex-policeman and I’ve been subjected to numerous physical threats in the past.

“I will not let this incident prevent me from continuing in the campaign to try and change our country for the better.”

Discussing his view on immigration, he placed the cause of the problems the UK faced squarely with the EU’s ‘politically-motivated immigration system’, instead of the immigrants.

Ahmed has been granted bail on the condition that he will not make contact with Robinson-Young. His trial will resume on July 3, 2015.