The Duchess of Cambridge has given birth to royal baby number two after the ‘Great Kate Wait’! Mother and baby girl are doing well. DESIblitz has more.

"The baby weighs 8lbs 3oz. The Duke of Cambridge was present for the birth."

After much anticipation, Kate Middleton has finally given birth to royal baby number two at St. Mary’s Hospital in Paddington, London!

The Duchess of Cambridge went into labour at 6am (UK time) on May 2, 2015, accompanied by Prince William.

Though the Duchess has been overdue for over a week, she safely delivered the baby girl.

The new princess, weighing 8lbs 3oz, was born at 8.34am (UK time) in the Lindo Wing of St. Mary’s Hospital.

Though barely one day old, she is already receiving ‘special’ treatment! 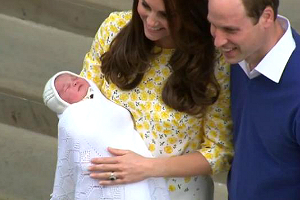 The British Monarchy broke its century-old tradition by announcing her birth first on Twitter.

But the couple also honour the royal tradition of presenting the birth to the crowd by a town crier.

A formal notice, signed by St Mary’s Hospital’s key medical staff, is displayed on an easel in front of Buckingham Palace.

Prince Harry unfortunately missed the emotional moment, as he is on placement with the army in Australia. But he is expected to return to the UK in mid-May to greet his new niece.

Her Royal Highness The Duchess of Cambridge was safely delivered of a daughter at 8.34am.

The baby weighs 8lbs 3oz. The Duke of Cambridge was present for the birth.

Kensington Palace said in a statement: “Their Royal Highnesses would like to thank all staff at the hospital for the care and treatment they have all received.

“They would also like to thank everyone for their warm wishes.”

It's a princess! Welcome to the world, Princess Winnifred Fergully Ellen of the Shire. That's just a suggestion. #RoyalBaby

The royal siblings already share something in common – being born ‘fashionably’ late in the same hospital. 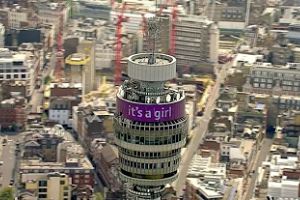 Prince George arrived three days after his due date in 2013.

The new princess will be fourth in line to the throne – following grandfather Prince Charles, father Prince William and brother Prince George.

Besides welcoming their new child, Kate and William also celebrated their fourth wedding anniversary on April 29, 2015.

DESIblitz congratulates the royal couple on the birth of their newborn child, who will no doubt inherit Kate’s timeless elegance and beautiful intelligence!

Scarlett is an avid writer and pianist. Originally from Hong Kong, egg tart is her cure for homesickness. She loves music and film, enjoys travelling and watching sports. Her motto is “Take a leap, chase your dream, eat more cream.”
Aftab Ahmed denies threat to behead UKIP Candidate
The Rise of Asian Women in British Politics