Salman Khan, who is known for his love for children, welcomes his new baby niece Ayat. The little bundle of joy was born on the star’s 54th birthday.

"Nothing could have been a better gift"

Bollywood actor Salman Khan received the best birthday present for his 54th birthday on December 27, 2019, in the form on his new baby niece Ayat.

Salman celebrated his 54th birthday the night before on December 26, 2019, at a birthday party at his brother Sohail’s residence.

His sister Arpita Khan Sharma opted for scheduled delivery on the star’s birthday. She delivered an adorable baby girl via caesarean.

On the morning of December 27, 2019, Arpita was admitted in Hinduja Hospital, Mumbai along with husband Aayush Sharma.

There were numerous speculations in the media concerning Arpita’s pregnancy. The couple announced the news on the green carpet at the IIFA Awards 2019. They said:

“The new arrival is very exciting. Yes, Arpita and I are expecting a second baby. It’s been such an amazing journey.

“It starts all over again and we just can’t wait for the baby to come.” 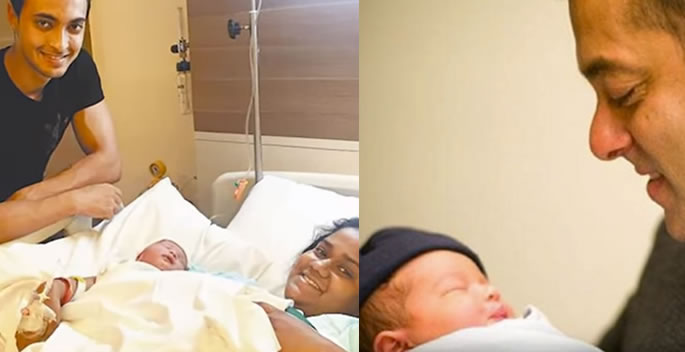 Arpita wanted to give a special girl to her brother, thus she decided to bring her baby into the world ahead of her due date.

Salman Khan, who was overwhelmed with this special gift, took to Twitter to express his gratitude.

In an emotional message, he thanked his brother-in-law and darling sister as well as requesting everyone to bless his niece. He said:

“Welcome to this beautiful world Ayat. Thank u (you) Arpita n (and) Ayush for the best birthday gift for the whole family.

“May everyone who reads this bless her n may she grow up n make everyone proud.”

Salman is known to be great with the kids in his family. His adorable videos with Arpita’s son Ahil always receive inundated praise and admiration.

There is no doubt baby Ayat will be adored by her mamu (maternal uncle) Salman Khan. We look forward to seeing their amazing bond grow.

Both mother and baby Ayat are doing well. The Khan family and Arpita’s in-laws have been visiting the hospital. 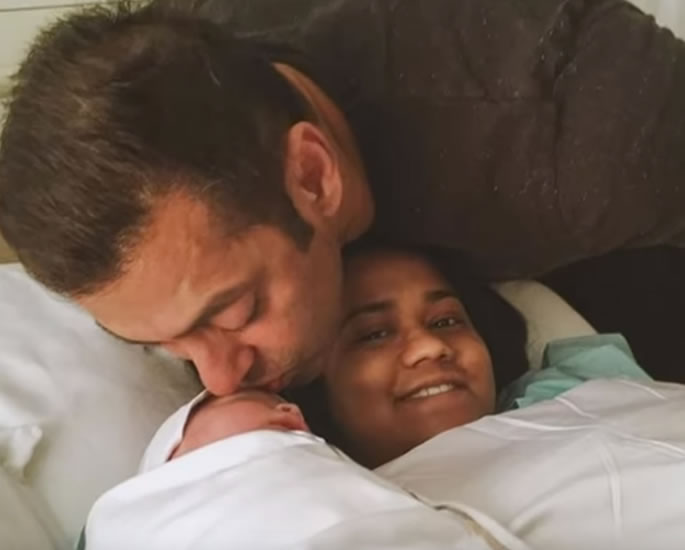 Salman Khan was seen visiting the hospital along with his rumoured girlfriend Iulia Vantur.

According to IANS, Salman spoke about how he began his birthday. He said:

“I woke and checked my phone and saw the picture of Ayat nothing could have been a better gift than this to our family. She is beautiful.

“In fact, I just tweeting to my fans that I really want to thank them for their love and good wishes.

“I have become mama again, I am an uncle too bas kisike baap nehi bane.” (I am an uncle but I have never become a father).

DESIblitz congratulates Arpita, Aayush and the entire Khan family on their new blessing.

Ayesha is an English graduate with an aesthetic eye. Her fascination lies in sports, fashion and beauty. Also, she does not shy away from controversial subjects. Her motto is: “no two days are the same, that is what makes life worth living.”
Does Malaika’s Son Arhaan accept Arjun as a Family Member?
Iqra Aziz & Yasir Hussain get Married in Wonderful Ceremony