Bollywood actor Salman Khan adores children. In a video, he is seen showering kisses on his cute baby niece Ayat again and again.

“We love you Mamu @beingsalmankhan.”

Everyone is aware of Salman Khan’s soft spot for children and there is no doubt that the Rambo of Bollywood dotes of his nephews and nieces.

In the video, Salman is seen repeatedly giving Ayat kisses while she is being held by another woman.

Arpita took to Instagram to share the adorable video along with the caption, “We love you Mamu @beingsalmankhan.”

Salman Khan’s fan took to the comment section to praise the actor. One fan said: “Mamu loves his niece so much.”

Salman’s sister Arpita and her husband Aayush welcomed their second child on December 27, 2019.

Arpita opted for a c-section so her daughter would be born on the same day as Salman Khan.

According to an interview with Hindustan Times, Aayush explained how it was a conscious decision to have Ayat on Salman’s birthday. He said:

“When we told this to everyone, Bhai (Salman) was excited and said, ‘give me a gift’.”

“So, it was a conscious decision to bring Ayat into this world on that day. It is a very good omen to have her on Bhai’s birthday.”

Aayush continued to jokingly mention that it would save him spending money on lavish parties. He said:

“Also, it saves me from giving multiple parties! Arpita has a habit of throwing lavish parties, so I was anyway thinking how much I’ve got to earn to celebrate hers, mine and Ahil’s and Ayat’s birthdays.”

This lovely gesture was shared by Salman on Twitter. He wrote:

“Welcome to this beautiful world Ayat. Thank u Arpita n Ayush for the best birthday gift for the whole family.

“May everyone who reads this bless her n may she grow up to make everyone proud. Thank you for all the love n respect. 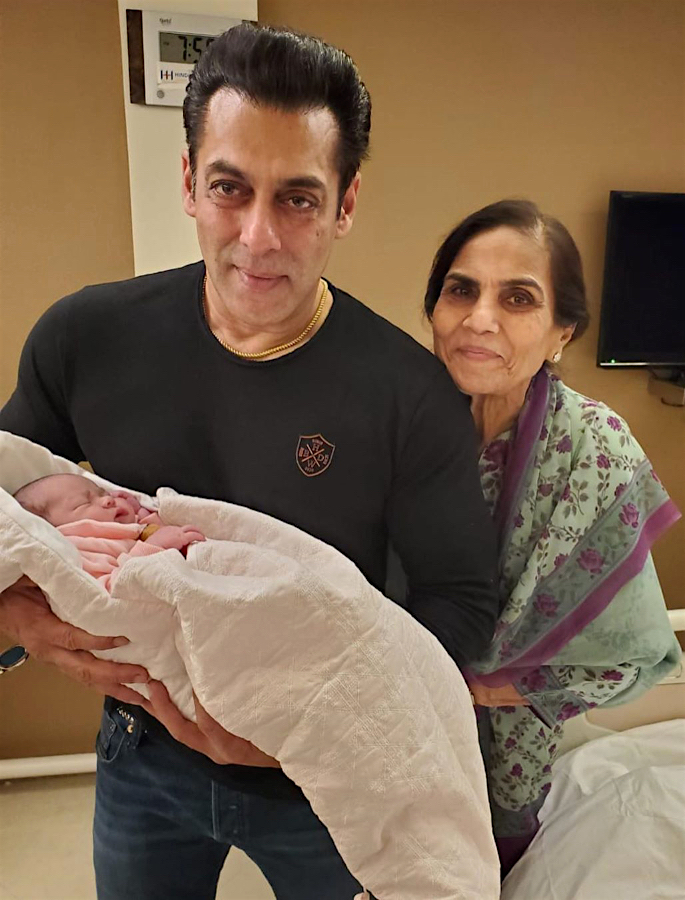 A few days after Ayat was welcomed into the world, Arpita penned a heartfelt caption on Instagram along with a picture of Salman holding Ayat. She wrote:

“There’s nothing in this world that scared me & the only reason was I knew I had you by my side & you would never let anything happen to me.

“Now Ayat has been blessed with the same security. Their hands are god sent.

“Overwhelmed, grateful & thankful for @beingsalmankhan & my amazing mom @salmankhan1942 two people who only have love to give.”

It is adorable to witness Salman Khan’s special bond with his niece Ayat. Undoubtedly, it will make everyone’s heart melt.