Former One Direction singer Zayn Malik has welcomed a baby girl with his model girlfriend Gigi Hadid. He announced the news on social media.

"she’s already changed our world. So in love."

Zayn Malik and his model girlfriend Gigi Hadid have welcomed their first child together, a baby girl.

The former One Direction singer announced the arrival in a heartwarming social media post in the early hours of September 24, 2020, calling their child “healthy and beautiful”.

Zayn posted a black and white photo of his hand holding onto his daughter.

He wrote: “Our baby girl is here, healthy & beautiful.

“To try put into words how I am feeling right now would be an impossible task. The love I feel for this tiny human is beyond my understanding.

“Grateful to know her, proud to call her mine, & thankful for the life we will have together x.”

Shortly after, Gigi shared her own message, writing:

“Our girl joined us earth-side this weekend and she’s already changed our world. So in love.”

Friends, family and fans sent messages of congratulations to the new parents.

He used the word ‘Jido’ in his comment which means ‘grandfather’ in Arabic. 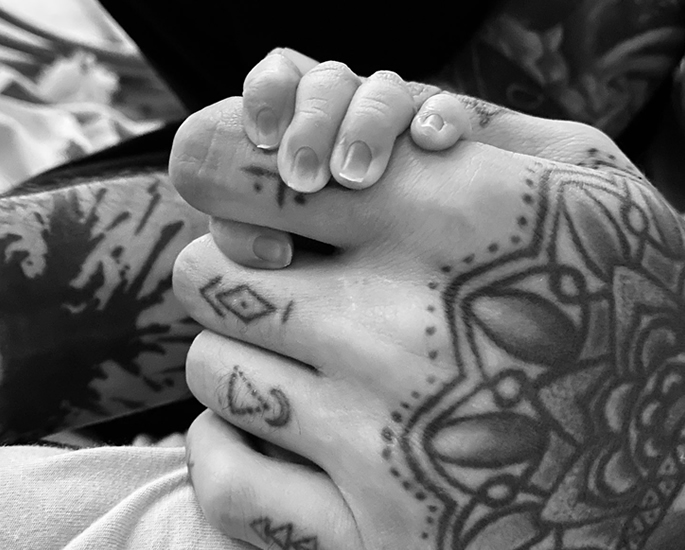 Gigi and Zayn had been in an on/off relationship since 2015. News of the pregnancy first emerged in April 2020 after a “family source” leaked the news.

Shortly after, Gigi confirmed the news.

At the time, Gigi said: “Obviously, we wished we could have announced it on our own terms but we’re very excited and happy and grateful for everyone’s well wishes and support.

“Especially during this time, it’s a nice silver lining to be able to be home and be together and really experience it day by day.”

The model’s parents have been keeping fans on edge with hints about the impending birth.

Mohamed appeared to announce the baby’s arrival after sharing a poem for his grandchild, however, when asked if Gigi had given birth, he clarified that the family was still waiting.

Meanwhile, Zayn Malik made his return to social media and teased his new song ‘Better’, just hours before announcing the birth of his daughter.

In August 2020, a source said that things had been going well for the couple ahead of the birth of their baby girl.

The source revealed: “[They are] closer than ever. Gigi has been living at her mom’s farm with Zayn.

“She came back to NYC recently but she plans to spend most of her pregnancy there at the farm.”

Dhiren is a journalism graduate with a passion for gaming, watching films and sports. He also enjoys cooking from time to time. His motto is to “Live life one day at a time.”
Government unveils Additional Measures to fight Covid-19
Students advised to Stay at University over Christmas