Mini PCs are all the rage when it comes to computers. Here are seven of the best mini PCs to check out in 2022.

The new chip offers a lot of power

Mini PCs are smaller versions of the larger towers you might be used to.

But mini PCs are portable, allowing them to be transported and placed in smaller areas.

This is one of the main reasons why they are quickly becoming more popular.

Before it was laptops but now, mini PCs are providing a surprising amount of computing power.

Another is that they do everything from web browsing to gaming.

There are many compact designs, ranging from smaller desktops to stick PCs.

When shopping for a mini PC, it is important to ensure that you get the specifications you want.

With a range of mini PCs available for different uses, here are seven of the best ones in 2022. 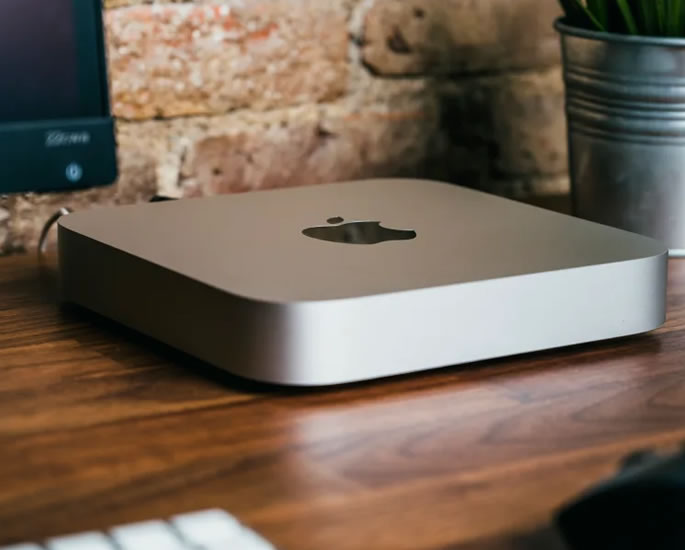 Compared to its predecessors, the Apple Mac Mini looks unchanged.

But inside is the revolutionary M1 processor, which is Apple’s first big step away from using Intel processors in Macs.

The new chip offers a lot of power, coming out on top against the likes of more expensive Intel Core i3 and Core i5 systems.

Apple’s M1 chip is based on ARM technology and developers such as Adobe, Microsoft, Blizzards, Mozilla, and more all porting their flagship applications over to the M1 processor.

Apple has also developed the Rosetta 2 compatibility layer which allows non-ARM apps to run on the new processor.

In terms of hardware, Apple has just two USB-C ports, two USB-A ports, and a single HDMI port, which can be an inconvenience.

You can upgrade the RAM and standard 256GB SSD, but both are pricey upgrades.

But the processing power coupled with a reasonable price of £699 makes the Apple Mac Mini M1 one of the best mini PCs of 2022. 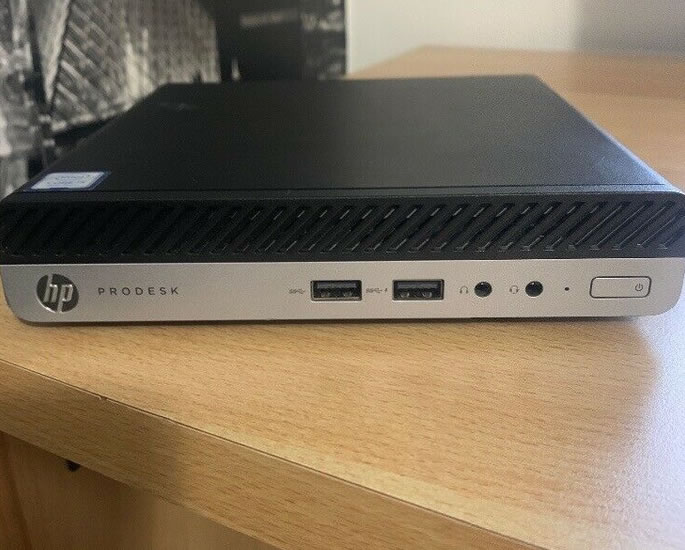 The HP ProDesk 400 G5 is a good choice if you are looking for a mini PC that comes in a small form factor but is still upgradable.

It has a 9th generation Core-i5 processor while the hardware makes it ideal for office environments.

The HP ProDesk 400 G5 comes with lots of ports on the front and back.

However, this mini PC does not come with wireless connectivity. This means you will need the help of an IT pro if you want to add connectivity.

Because the mini PC’s inside is upgradable, this computer will last longer than normal as new hardware can be added over time.

This mini PC is a good choice if you are a heavy user of typing word documents and do not need to use the internet all that often. 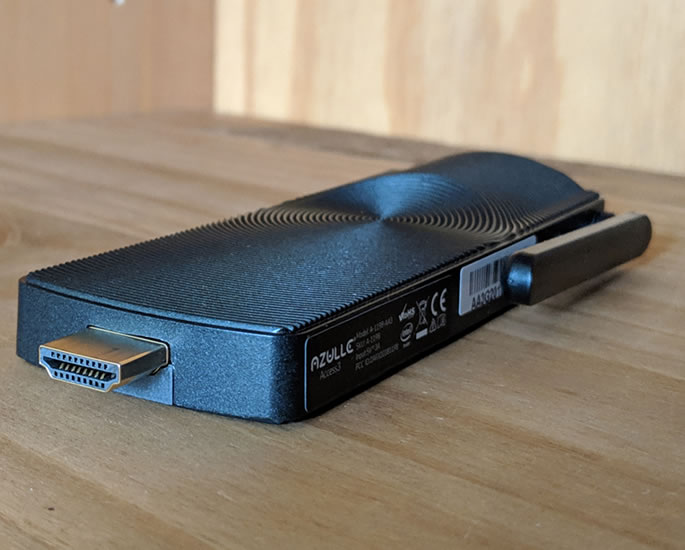 The Azulle Access3 is a unique mini PC as it comes in the form of a compute stick.

It has a compact design that is small enough to put on a keyring and is flexible enough to be used with any monitor.

The Access3 has a fast processor, quick USB 3.0 ports and Gigabit Ethernet for quality performance and connectivity.

Whether it’s for use in your home or just giving you a way to watch Netflix on your hotel TV, the Access3 presses forward in a form factor that larger manufacturers have largely forgotten.

The Azulle Access3 is one of the best mini PCs that fit right in your pocket. 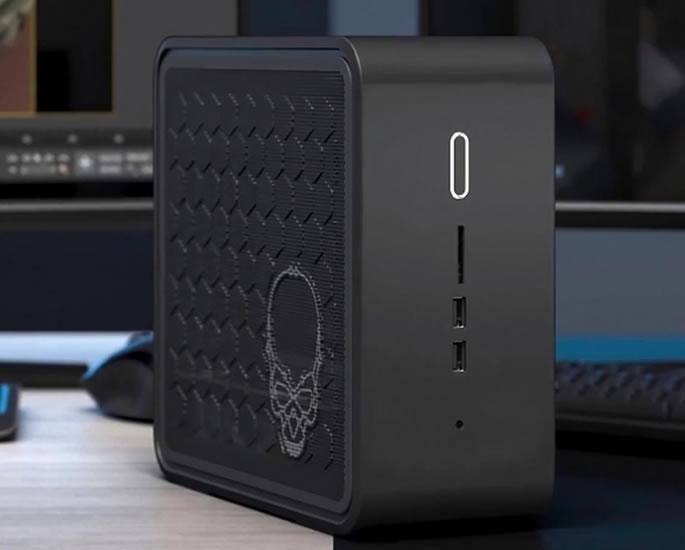 One of the first mini PCs to release was Intel’s Next Unit of Computing (NUC).

It comes with the latest processor but users generally need to provide their own RAM and hard drive.

But that is not always the case as Intel sells the NUC to manufacturers who can add those components and sell customised NUCs.

It has been designed to optimise airflow, so there is still enough space for whatever components you want to add.

Because you can add the components you want, this is a versatile mini PC. Depending on the components, this PC can be used for working, gaming or streaming.

But adding your own components means it can get expensive.

This is effectively a computer for those who want to build their own custom PC but in a smaller package. 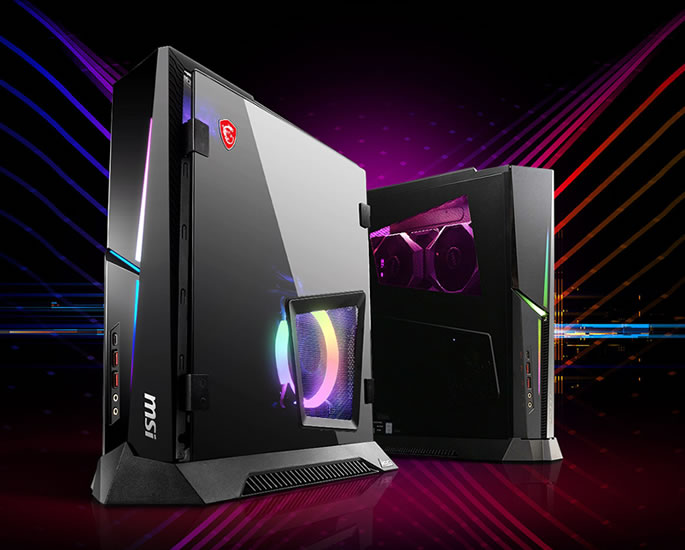 Containing an Intel i9-10900k processor, GeForce RTX 2080 graphics card, 64GB of RAM, and 1TB SSD, it is one of the most powerful mini PCs on the current market.

The graphics card in particular is very powerful.

This ensures that games will run without any issues. The graphics card also supports ray tracing, which is a method of graphics rendering that simulates the physical behaviour of light.

You can also choose between DisplayPort or HDMI for your video output.

Overall, this is a powerful PC in a smaller package that is ideal for gaming. 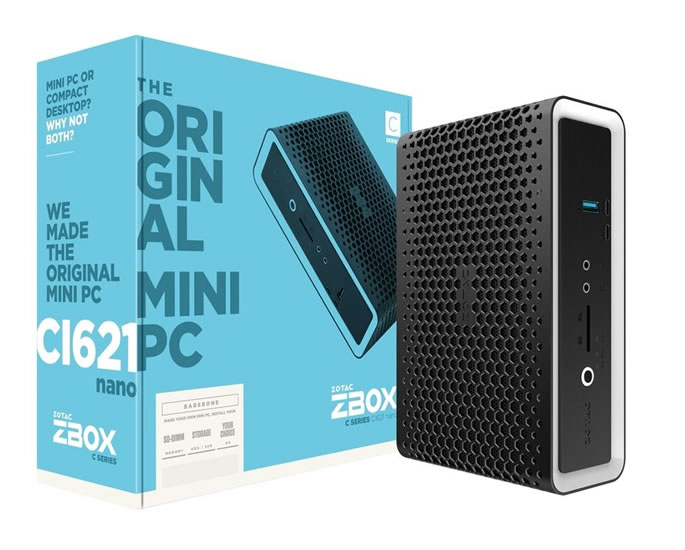 The ZOTAC Zbox is another mini PC that is designed for people who want to build their own towers while keeping the PC as small as possible.

Depending on how much power you want, configurations go from Core-i3 all the way up to Core-i7.

But this PC does not come with RAM, a hard drive or a graphics card, so you will have to fork out extra.

There are seven total USB ports, six of which support USB 3.1.

Of the seven, two of them are USB-C ports and there’s also a 3-in-1 card reader, HDMI port, display port, and there’s even a connection for an external.

Overall, this is a highly customisable box that fits into a lot of budgets and is portable. 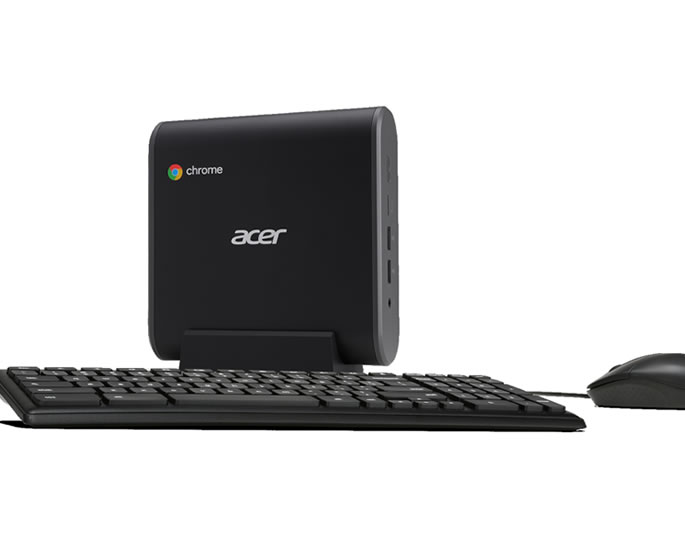 The Acer Chromebox CX13 comes with a Core-i3 processor, 4GB of RAM, 64GB of storage, a USB Type-C port, five Type-A ports, and an HDMI output.

It also comes with ChromeOS, which is renowned for its ability to run well on almost any PC.

A good feature is that this Chromebox comes with a VESA mount, allowing you to mount the mini PC onto the back of the monitor.

The ports are on the front and back which can make cable management difficult if the PC is on the desk, but mounting makes it work a lot better.

The Chromebox is aimed at people who like ChromeOS as you can do almost everything you can do in a web browser or an Android phone on a Chromebox.

Mini PCs are quickly becoming the way to go and are replacing regular PCs.

They offer the same, if not quicker processing power but are far easier to transport due to their smaller size.

So if you are looking for a powerful, but small PC, this selection of devices will hopefully provide some guidance.