Five Pakistani men were jailed for 12-19 years for kidnapping three Indian businessmen in Hong Kong. Two of them skipped bail and and remain at large.

“It is a very well planned and very professional criminal enterprise.”

Five Pakistani men were jailed for between 12 and 19 years each for kidnapping three Indian businessmen in Hong Kong in October 2013.

All of them were convicted of ‘forcible detention of a person with intent to procure a ransom’ at the High Court in Hong Kong on June 24, 2015.

Justice Esther Toh Lye-ping sentenced Muhammad Saqib (41) to 19 years behind bars. He held the captives at gun point and ordered his gang to assault them.

Mohammad Asif (34) and Ehtisham Dawood (26) also received a 19-year jail term, but they jumped bail before the trial had begun and remain at large.

Mahmood Arshad (27) and Muhammad Rizwan (31) were jailed for 15 and 12 years respectively, as they played less significant roles in the crime. 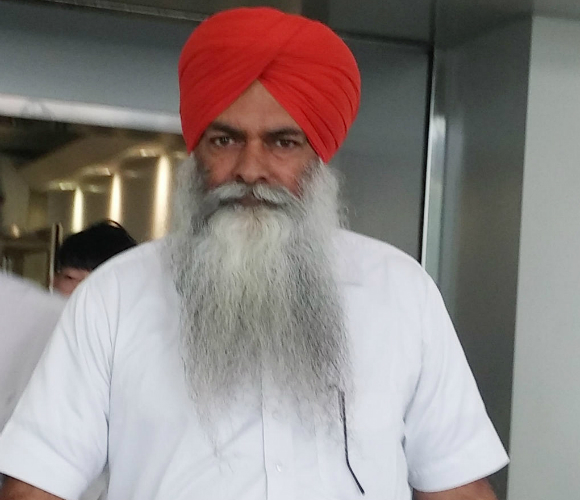 They kidnapped three Indian businessmen, who travelled from Punjab to Hong Kong to finalise a 100-million-rupee (£1 million) property deal on October 25, 2013.

South China Morning Post reported that ringleader Saqib pointed a gun at Mangat, saying: “You are kidnapped. Shut up. Sit down.”

Later, the kidnappers moved them to a recycling yard near Sha Tau Kok – another remote area – where Saqib threatened him again.

Mangat testified at court that his captor, while pointing the firearm at his head, said:

At this point, the kidnappers demanded a ransom of 100 million rupees. Upon realising their captives were not carrying any cash, they started hitting the Indian men.

Mangat told the court they ‘put hot tea on my face and my tongue was burnt’, and assaulted the other two victims with an iron pipe. According to Sing Tao Daily, they also threatened to behead them if they did not get the money.

Mangat’s younger brother, Naginder Singh Mangat, was also present to testify against the accused. He said he received a phone call on October 27, 2013 from Mangat, who asked him to arrange the ransom for his release.

Naginder gave 500,000 rupees (£5,000) to two men in India – Simaranjit Singh and Pali Upjinder Singh, who initially lured Naginder into the property deal for his brother’s five-storey complex in Punjab.

On the following day, Mangat was released and his family in India reported the crime to the police. They informed authorities in Hong Kong, where the kidnappers were arrested within days.

Judge Toh commended the police’s efficiency in locating the crime scene and defendants. She also explained she handed the severe jail terms because the case involved ‘international elements’ and it was committed ‘across international borders’.

She said: “It is a very well planned and very professional criminal enterprise.”

In addition to the Pakistani men’s sentence, their conspirators in India – Simaranjit and Pali – were arrested as well. The ransom money they took had been retrieved and returned to Naginder.

The pair is currently waiting to be tried in India.