Bobby Jindal to run for US President in 2016

Bobby Jindal, the first non-white governor of Louisiana, has announced his plans to run for US president in 2016. The Republican will join a crowded White House race.

“I will rebuild America’s defences and restore our standing on the world stage.”

Louisiana governor, Bobby Jindal, has become the first Desi-American candidate to run for US president in 2016.

A more formal announcement followed. He spoke to a local crowd of hundreds in an event centre in a New Orleans suburb.

He opened his speech by tracing his origin – his parents emigrated from India to Baton Rouge, the capital city of Louisiana, in 1971 when he was born.

The Brown and Oxford University graduate said: “To them America represented all that was good in the world, a place where you could get ahead if you worked hard and played by the rules.”

He promoted himself as ‘the youngest candidate with the longest resume’. The Christian convert also tried to appeal to conservative voters by calling out fellow Republican and presidency candidate, Jeb Bush. 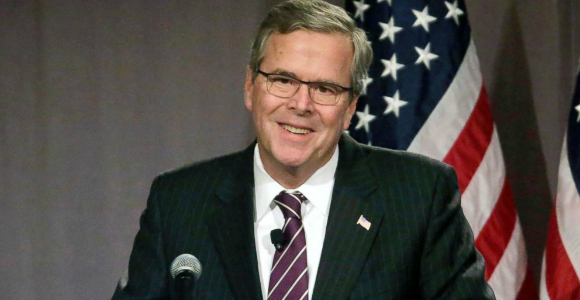 He claimed Bush believed Americans should conceal their ‘conservative ideals’, which in his opinion would not fare well, saying: “If we go down that road again, we will lose again.”

Bobby continued in his speech:

“There are a lot of great talkers running for president already. We’ve had enough of talkers. It is time for a doer.”

The 44-year-old second term governor then went on to present his primary goals if elected as the 45th US president.

He said: “I will secure our borders, I will replace Obamacare with a healthcare system that focuses on reducing costs and restoring freedom.

“I will grow the private sector economy by shrinking the size, scope and reach of the federal government and I will rebuild America’s defences and restore our standing on the world stage.”

You can watch his full speech here:

With Bobby joining the White House race, there are currently 17 candidates running for the 2016 presidential nomination:

In 2001, Bobby was appointed by President George W. Bush as the assistant secretary for the U.S. Department of Health and Human Services. In 2008, he became the first non-white governor to run Louisiana. 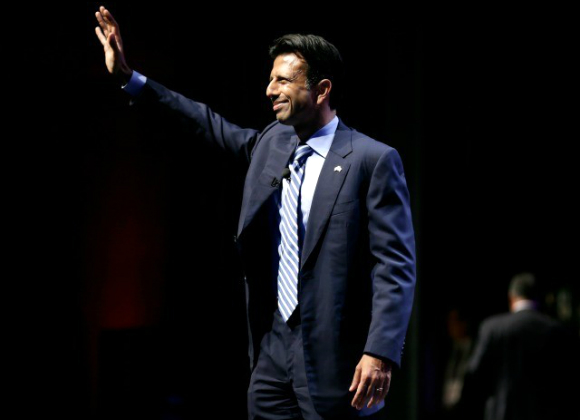 Brian Brox, a political scientist at Tulane University in New Orleans, praised Bobby’s policy work in education and healthcare, but was not entirely certain he is president material.

With many describing his candidacy as a ‘long-shot’ due to his recent unpopularity in his own state and extremely low poll ratings, it is yet to see if the Desi has any real chance to take seat in the White House in 2016.