Dehli’s notorious Indian gangster Hashim Baba was said to have been offered a bounty to murder singer Sidhu Moose Wala prior to his killing.

the killing would have already taken place before May 2022

Reports have emerged revealing that Dehli’s notorious Indian gangster, Hashim Baba, was allegedly given the opportunity to kill Punjabi singer Sidhu Moose Wala with a ‘supari’ (betel nut bounty) being offered to him by gangster Lawerence Bishnoi.

Hashim Baba, whose real name is Asim, used to run a gambling business in the Yamunapar area of Delhi.

Being influenced by underworld dons like Abu Salem and Dawood Ibrahim, he then joined The Nasir gang of Delhi. He then started threatening the traders and collecting extortion and shooting those who did not pay a ransom.

After the gang leader of Nasir was caught and imprisoned, Baba took over the gang and became the leader. He started to use social media to glorify crime and his gangster lifestyle.

Baba was caught in November 2020 during a shootout with police where he was shot in the leg and subsequently jailed.

It’s alleged that Hashim Baba, who is imprisoned in Tihar jail, was given the offer by Lawrence Bishnoi, from his jail in Rajasthan, to carry out the killing in January 2022.

Baba then is said to have communicated the potential assassination of Sidhu Moose Wala to be executed by his associate, Indian gangster, Shahrukh.

According to Delhi police, Shahrukh saw Hashim Baba as his mentor, and he was told that Baba had joined hands with Lawrence Bishnoi and Shahrukh was directed to work in coordination with Bishnoi’s gang members.

Whereas, some reports also say that Shahrukh himself was allegedly contacted directly by Lawrence Bishnoi and Goldie Brar in December 2021 for the contract to murder Sidhu Moose Wala. 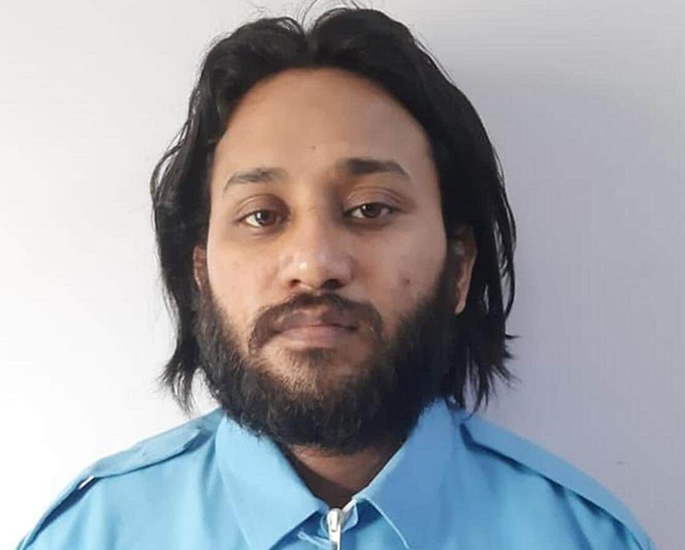 However, the Sharukh plot failed and could not go ahead further to reconnaissance by his men of Sidhu Moose Wala.

Shahrukh went with a team of sharpshooters and did a recce of Musa village, the village where Sidhu Moose Wala resided. Baba’s assassination team discovered that the murder of Moose Wala would be difficult to carry out.

Sidhu Moose Wala and his residence were heavily guarded with at least ten security personnel around him all the time and they were armed with modern weapons including AK-47s.

Shahrukh and his team could not match the weaponry, so they returned without carrying out the task given to them by Hashim Baba. Without similar arms, they said it would be difficult to assassinate the SYL singer without long-range guns.

Lawrence Bishnoi and Goldie Brar, the second gangster involved with the killing of Sidhu Moose Wala, offered to supply the weapons to Shahrukh and his team.

However, Shahrukh was caught and arrested by the Special Cell of the Delhi Police on another case in April 2022. Effectively, stopping him in his tracks in carrying out the murder of Moose Wala.

During his interrogation, he told Delhi police that attempts were made to kill Moose Wala several times in the past under the direction of Bishnoi and Brar.

Shahrukh revealed that undoubtedly, if Moose Wala’s security personnel had not been deployed, the killing would have already taken place before May 2022.

According to the Hindustan Times, Delhi Police did not confirm if any official communication about Shahrukh’s revelations regarding the abandoned attack on Moose Wala were made to Punjab Police.

Shahrukh is imprisoned in Tihar jail and in May 2022, an alleged phone call made to Canada by Shahrukh in jail was detected by the Delhi Police’s Special Cell. Implying that he communicated with Goldie Brar.

Subsequently, Lawrence Bishnoi and Goldie Brar took full responsibility for the killing of Sidhu Moose Wala on May 29, 2022, using a different team of attackers.

Amit enjoys creative challenges and uses writing as a tool for revelation. He has major interest in news, current affairs, trends and cinema. He likes the quote: "Nothing in fine print is ever good news."
5 Upcoming South Asian Female Rappers To Listen To
Lawrence Gang was ‘Suspicious’ of Sidhu Moose Wala’s Songs