In a shocking incident, popular singer and rapper Sidhu Moose Wala has been shot and killed while out in his jeep with two friends in Punjab.

it's evident from the footage that people are identifying him

Famous singer and rapper, Sidhu Moose Wala, has shockingly been shot dead by unidentified gunmen in Jawaharke village of Mansa district in Punjab on Sunday, May 29, 2022.

Reports confirm that the popular Punjabi artist was shot while in his black Mahindra vehicle. The shooting took place in broad daylight in the Mansa district.

From video footage circulating on social media, shows Moose Wala slumped in the vehicle after the shooting with crowds around him.

People are trying to help a gunshot wounded Moose Wala back into the black jeep and it’s evident from the footage that people are identifying him as the well-known singer.

There are images of another blood-covered man being helped with bandages being tied to his left arm. It appears he was in the jeep when the shooting took place but survived the gunfire.

The man is seen looking into the jeep checking on Moose Wala who did not survive the shooting despite calls from people to get urgent medical help. 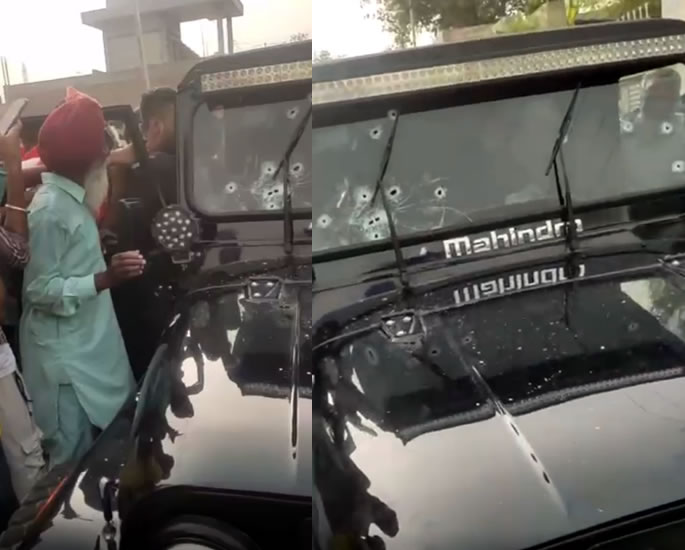 He was subsequently taken to hospital by emergency services.

It’s reported two other men were injured in the shooting, who were friends of the singer. 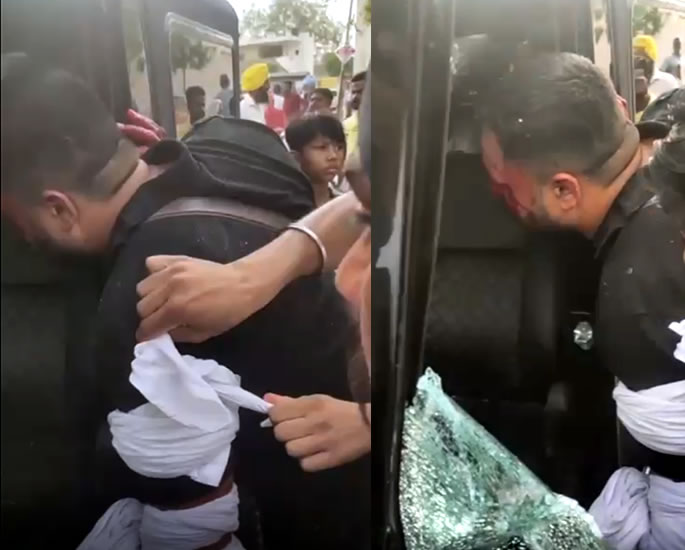 Before the Punjab elections, hailing from Moosa, a village in Mansa district, Moose Wala joined the Congress amid much fanfare in November 2021.

Moose Wala had contested the Assembly polls on a Congress ticket from Mansa. However, he was defeated by Aam Aadmi Party’s (AAP) Dr Vijay Singla with a margin of 63,323 votes.

With Congress granting him a ticket from the Mansa Assembly constituency, the then sitting Mansa MLA, Nazar Singh Manshahia, revolted against the party saying that he was in complete opposition to the controversial singer’s candidacy.

Reactions to the shooting have been coming in. The Congress party tweeted upon hearing the news of the singer’s demise, who are classing it as a murder.

The murder of Shri Sidhu Moose Wala, Congress candidate from Punjab & a talented musician, has come as a terrible shock to the Congress party & the entire nation.

Our deepest condolences to his family, fans & friends.

We stand united & undeterred, at this time of extreme grief. pic.twitter.com/v6BcLCJk4r

Other artists and celebrities have reacted to the killing.

“Satnam shri waheguru very shocking n very sad, a great artist n a wonderful human being, may god give the strengths to his family #sidhumoosewala“

Ironically, the singer’s final song was called ‘Last Ride’ with a cover similar to the shooting incident according to a Twitter user ig @faizanriaz_ @catharsiss__.

The incident has sent shock waves across the music industry and the political divide in Punjab. The fallout from the shooting of the singer will want to examine what is going on in Punjab, as people ingest this horrific and unexpected shooting.

Amit enjoys creative challenges and uses writing as a tool for revelation. He has major interest in news, current affairs, trends and cinema. He likes the quote: "Nothing in fine print is ever good news."
Kanika Kapoor says she was Sceptical about being Accepted by In-Laws
Goldy Brar & Lawrence Bishnoi behind Sidhu Moose Wala Murder?