US Indian goes to Police & leads them to killed Family Members

A US Indian man from Northern California went to the police and eventually led them to his family members who had been murdered.

"We're still working to put that timeline together."

US Indian man Shankar Hangud, aged 53, was arrested on Monday, October 14, 2019, after he confessed to murdering four members of the same family.

He had arrived at a Northern California police station and told officers that he had a dead body in his car.

Hangud then led officers to his apartment where three more bodies were found.

On Tuesday, October 15, 2019, Roseville Police Department Captain Joshua Simon confirmed that the four victims were related to the suspect.

However, he declined to name the four victims. Captain Simon only stated that they were two adults and two under-18s.

The Indian-origin IT professional arrived at the police station in the city of Mount Shasta shortly after noon driving a red Mazda6.

Hangud then proceeded to hand himself in by telling officers that he had murdered a man in his car.

Captain Simon said: “The suspect himself drove to the Mt. Shasta Police Department with one of the victims in his car and made a confession to them to start off this investigation.”

Police said the US Indian man also confessed to killing three other people at his apartment in the city of Roseville, Placer County, which is over 200 miles South of Mount Shasta.

Hangud faces four murder charges and is in custody in Placer County.

Hangud had left his home in Roseville with the relative found in his car and they travelled to various places in Northern California and ended up in Mount Shasta.

According to prosecutors, his victims were murdered in the two cities over the course of a week.

Captain Simon explained that it looked like Hangud killed his family members over a period of several days, but detectives were still trying to confirm as to when they died. 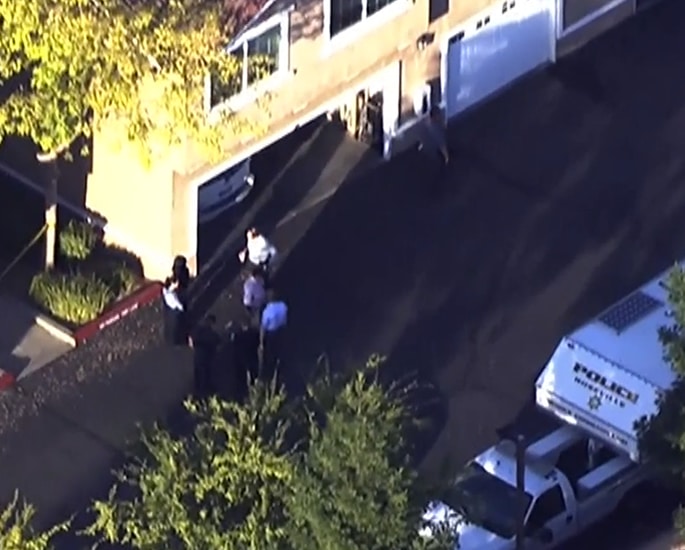 He said: “We’re still working to put that timeline together.

“We can confirm the victim he had in his vehicle in Mount Shasta was an adult male of East Indian descent.”

The Superior Court of California said that Hangud was nothing more than a blip on the criminal radar. His only criminal history was a speeding ticket in 2016. That has changed with the quadruple murder.

One of the under-18 victims was believed to have been a student at Silverade Middle School in Roseville following a statement released by the school which said that one of their students could have been a victim in the four murders.

Hangud’s arraignment has been rescheduled for October 25, 2019.

Police said that Hangud was the only suspect in the murders. NBC News reported that investigators have asked those to come forward if they had seen Hangud and an adult of Indian descent together in the suspect’s vehicle.

Dhiren is a journalism graduate with a passion for gaming, watching films and sports. He also enjoys cooking from time to time. His motto is to “Live life one day at a time.”
Indian Daughter accuses Mother of killing Father with Brick
Indian Woman arrested for ‘Honey Trap’ of Man after Affair