Teenagers Kabir Khan, Sajeer Khan and Atif Imran were jailed for attempting to shoot a gang rival dead inside a busy chip shop in Birmingham.

"This was a hugely reckless discharge of a firearm in public"

Three teenagers from Birmingham were jailed for a total of 46 years and two months at Birmingham Crown Court on Friday, February 1, 2019, for attempting to shoot a gang rival dead.

The Khans and Imran had pursued their intended target along St Margaret’s Avenue at 9 pm before he went into the chip shop for cover.

Kabir fired one bullet from the .41 Colt revolver. The bullet flew through the shop and lodged in a sign behind the serving counter.

Three children, aged six, eight and 12, were queuing in the takeaway and police later said it was “a miracle” no-one was killed or seriously hurt. 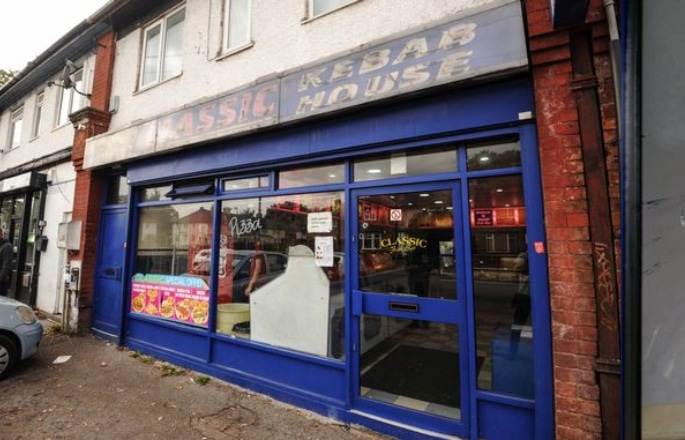 The trio used a Ford Focus that was bought on September 28, 2017, from an auction as a getaway car. Detectives found it abandoned the day after the shooting in Sandbourne Road, Alum Rock.

Forensics found Kabir’s DNA on the clothes and his fingerprints on the bag.

He fled to London but was tracked down to an address in Ilford, Essex, on October 28, 2017, where he was arrested.

Police seized a laptop from the flat and it revealed internet searches relating to firearms and ammunition. Khan’s mobile phone was used to find news coverage of the chip shop shooting.

Examination of their mobile phones showed extensive communication between the three before, during and after the incident. The phones also revealed that they were in St Margaret’s Avenue at the time of the shooting.

Body-mapping experts also assessed CCTV images of the shooter and his associate. They found similarities between the offenders and the Khans.

“This was a hugely reckless discharge of a firearm in public and one which could have resulted in the serious injury or death of completely innocent people.

“One witness in the chippy described the terror and panic as someone shouted ‘he’s got a gun’ then heard a loud bang and glass shattering.”

Kabir Khan has been previously convicted 12 times for 20 offences, including robbery, assault and car theft. This dates back to June 2011 when he was 12 years old.

“We know there were around 10 people in the chip shop when the offender opened fire.”

“It’s miraculous that none of them, including children, were hit by the bullet or flying glass.

“This was undoubtedly a targeted attack, they were chasing another teenager it’s understood they were in dispute with.

“It’s shocking they thought it was acceptable to resolve that dispute by discharging a handgun in a busy takeaway.”

Imran admitted possessing a firearm with intent to endanger life. The Khan brothers had denied any involvement in the incident but were found guilty.

The Khans, Imran and Ibrahim Mohammed, aged 17, of Alum Rock, were also convicted of a carjacking in Sheldon, Birmingham which took place a day before the shooting in the chip shop. 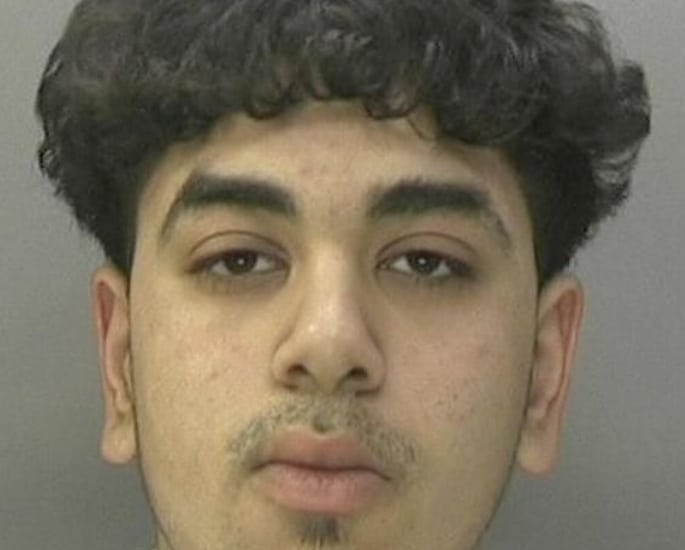 A 60-year-old man was ambushed on his driveway and had his BMW stolen. He was threatened with a baseball bat and machete before being punched to the ground and run over by the Ford Focus that was used in the shooting.

The victim spent six days in the hospital recovering from his injuries.

Mohammed was caught on CCTV using the man’s bank cards to try and purchase bottles of vodka at a shop on October 7, 2017.

Ibrahim Mohammed was jailed for four years and six months.

Dhiren is a journalism graduate with a passion for gaming, watching films and sports. He also enjoys cooking from time to time. His motto is to “Live life one day at a time.”
Transgender Dancer at Indian Wedding gets Kicked in Face
Taxi Driver jailed for Kissing Passenger and Groping Her