The Changing Perception of Gold

South Asia, is renowned for many things iconic. Spice, Bollywood, glittering attire and of course, jewellery. But is the perception of gold changing?

If you go to any household of South Asian roots, there is sure to be some form of decoration that has gold involved, or at the very least a gold effect. But is the perception of gold changing within the Asian communities?

Gold can be seen in something fairly small and unobtrusive like a photo-frame edged with a gilded effect. Or it could be something more lavish, such as a set of gold-edged plates which are only taken out of the cabinet for very special occasions.

And what about the amount of jewellery that Asians tend to wear on their person? Men keen to show off their status are more than happy to wear gold watches, gold chains or even gold rings. The bigger the clock faces, or thicker the chain, the better.

As for the ladies, they usually have a veritable treasure trove of gems and jewels stashed away in their trinket boxes, or hidden away in the back of their wardrobes, all set of course, in their favourite metal; gold.

Emeralds, rubies, pearls, you name it, and they have it; the perfect set of jewellery to match with any Indian salwar kameez or sari one could think of. 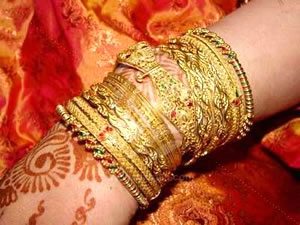 It’s more than likely that these same ladies have even more jewellery than they let on; it is not unusual for Asian families to hold safe deposit boxes in their local branch of their chosen bank.

Each year, their collection has the possibility of growing even larger, especially when one considers Dhanteras, and the part it plays in Diwali celebrations. On Dhanteras, it is customary for people to flock to jewellery shops to buy gold, further cementing the cultural importance that gold plays in South-Asian society.

Some might choose to buy gold which has already been turned into an elaborate jewellery set, crusted with shining sapphires or some such precious stone. Others might opt to buy a simple tablet of the precious metal, to be melted down later.

It’s a well-known fact that Asians adore gold, and have a high sentimental value attached to it. This knowledge has become so wide-spread that many Asian households have found themselves becoming the targets of theft, particularly in areas like Leicester and Bradford.

It comes as little surprise; India is the world’s largest single consumer of gold, as Indians buy about 25% of the world’s gold, purchasing approximately 800 tonnes of gold every year, mostly to be melted down into jewellery.

As well as being the largest consumer, India is also the largest importer of gold; in 2008, India imported around 400 tonnes of gold.

But more recently, there has been a shift in the way the yellow precious metal is being viewed on the parts of the younger generation. Instead of valuing gold as highly as their elders do, young British Asians are veering more towards silver and diamonds. 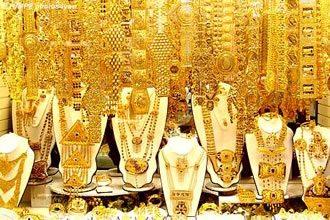 “My mum thinks I’m nuts,” laughs Ayesha, from Leicester. “She believes I should be buying more heavy gold jewellery, but it doesn’t really go with a lot of the things that I wear on a day to day basis. The fact is, a lot of the jewellery I already own can go with the saris and lehengas that I wear to weddings and parties too. It’s about getting creative!”

Rani, who works as a lawyer in Birmingham also prefers silver to any other metal, stating that she felt too much gold looks tacky. “I’ve been to plenty of parties where women are weighing themselves down with jewellery. When you combine this sort of thing with the heavier suits with loads of beading, it’s a look that just doesn’t appeal to me.”

Though there is a significant majority of British Asians who are championing a more delicate look, business is still booming for jewellery stores, and there is still a market that appeals to British Asian women between the age of 25 and 35.

According to the owner of a South-Asian jewellery shop in Nottingham, it isn’t a case of the younger generations having zero interest in the cultural importance that gold plays in Asian society.

“Women with strong connections to their motherland, they are worried. They say their children do not care about gold. They say they don’t know why it is important. But we see these youngsters. They buy gold but it is a different style than what their elders wear. Trends for the way gold is worn are changing.”

With the price of gold rising more and more each year, it has become almost the norm for many to purchase items of costume jewellery, simply because it is more affordable. Additionally, there is now a growing trend towards white metals, including platinum for bridal wear, with British Asians in general becoming more design-driven, and searching for more exclusive and unique pieces that can normally be achieved only with costume jewellery. 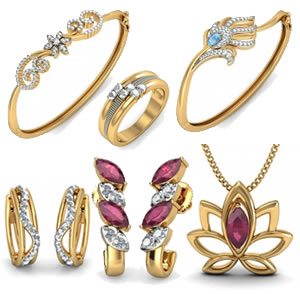 “Who wants to wear what everyone else is wearing? I don’t want to go to a party and look the same as everyone. I want something that will stand out!” Ayesha says, walking out of a jewellery shop empty-handed. “Yeah, gold is important and it’s our culture, but if it’s for me, I want to make sure I can wear it with my other clothes too.”

Culturally, gold has always been important, with jewellery sets traditionally being given to girls on their wedding day. It is not unusual for families to start building a collection of golden trinkets and ornaments in preparation as soon as  a daughter is born to the family. Some women see it as a way to strengthen the familial bond between mother and child, or as a parting gift before their daughter enters a new home.

“Gold is very important to me, emotionally,” explains Jasminder, who’s own daughter is engaged. “To me, it is not just a matter of tradition. It is a matter of ensuring that my daughter has something that once belonged to me. Perhaps she might sell it one day, to raise money for a mortgage. I feel better knowing that I helped, even indirectly.”

There is more to the South-Asian perception of gold than just looking good and using it as a measure of one’s wealth. Historically, gold was seen as a sensible investment and it is easy to see why. Despite the fluctuations within the various stock markets around the world, gold has always remained more or less stable, with a tendency to grow in worth.

But times have changed for the modern day Asian woman, regardless of location. Gone are the days when a woman had to rely solely on her husband for financial security. Property and real estate seems like an increasingly attractive investment opportunity, especially when compared to the rising price in gold.

So while gold will always remain a part of South Asian culture, it remains to be seen whether gold will increase or decrease in cultural value in the eyes of the next generation of British Asians.

Simi has a thirst for anything to do with classical music, arts and literature. She can't function without playing the piano at least once a day. Her favourite quote is "Enthusiasm is excitement, with inspiration, motivation and a pinch of creativity."
Dress for your Body Shape
New Looks for the Salwar Kameez