Single, Desi and in Love with a Married Man

Being single, being Desi and being a woman are all pretty natural but when you have an affair with a married man, it becomes very complicated. DESIblitz explores this relationship taboo.

"We saw each other when we could, especially, for sexual encounters"

Many people would look at this article title and perhaps be disgusted by such a relationship, whilst there might be a minority that might concur with the relationship phrase as ‘it’s complicated’.

Falling in love with someone is not a crime but who you fall in love with can lead to many complications and situations, especially, for a Desi girl or woman.

However, if the man is married, then that leads to the ‘What? How can you date a married guy?’ question.

Young, single and modern Desi women now with a tremendous amount of independence make choices for themselves. Although ‘having an affair with a married man’ is not something that is on the ‘to do’ list, it is a relationship that can happen, quite easily.

Such affairs can kindle in the workplace, via socialising, on social media, in chat rooms and even dating sites – where married men can often pretend to be single.

Men who are in loveless marriages or are in the marital home for the sake of the children often end up looking for love outside of their marriage.

Whilst for others the thrill of dating single women whilst being married is the one way to live a ‘double life’ they knowingly desire.

Affairs of this kind are laced with secret meetings. Be it in the car, in a hotel or even at the single woman’s place, if she lives away from family. 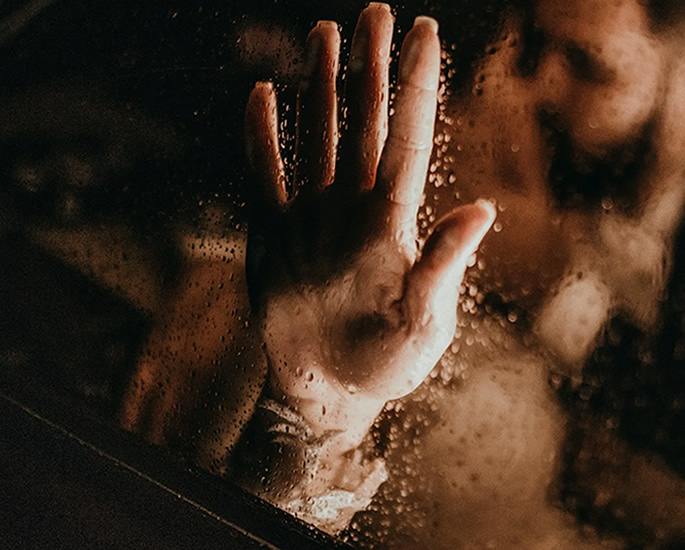 A single woman is an appealing choice for a married man compared to a married or divorced one as she has ‘less emotional baggage’.

More importantly, the time spent together is very focused on ‘happy’ and exciting times between them, often involving sex.

Young women are known to go for older men in such relationships where the man is financially much better off and can give his ‘lady’ a lavish lifestyle. A gloss that is very appealing.

The consequences for a single Desi girl in this situation are even greater and more dangerous than a non-Asian woman.

Family honour, self-respect and dignity all come into play here. If someone who should not know finds out, it can lead to a huge impact on her and the family she is from.

The man in the affair is also affected with regards to his wife, possibly children and his extended family and relatives.

“I was working at a supermarket to gain work experience. Every few weeks this guy would visit and be friendly and chat with me. He would always compliment me.

“After some time, he just asked if I would like to go for a drink with him. I did not see a ring on his finger or anyone with him when he was at the store.

“After some hesitancy, I agreed. We went and he was amazingly kind and courteous. He opened doors for me and made me feel very special.

“After a few meets, the relationship quickly evolved from a kiss in the car to having a full affair in weeks.

“I was totally in love as a young woman and I enjoyed being with him for the fun, sex and being allowed to be myself with no judgement.”

“After a few months, I saw him visit the supermarket with another woman on an odd shift I was told to cover, not my normal time.

“Being surprised to see me, he looked very sheepish and acted as if he did not know me. I did not say anything as I was at work.

“Immediately, that night I called him, he then confessed he was married but in love with me. I was confused, angry and very emotional.

“I told him I did not want to see him again. But I was not strong enough to leave at the time.

“The relationship did carry on because I believed he would leave his wife.”

“He never did, and after two years, I took control and ended the relationship after I confided in a friend who helped me through it all.”

This kind of scenario of how does a Desi woman cope with the love she has for a man, who is out of reach in terms of a future, becomes a very antagonising challenge.

Does, she accept all the restrictions and be the ‘second’ woman in his life or does she try and fight for this man, trying to get him to leave his wife?

The UK case of Mindy Sanghera the 23-year-old Dentistry student jailed for killing her married lover, Sair Ali’s pregnant wife, Sana Ali, highlights how such a relationship can spiral out of control.

Sanghera let jealousy and hate completely take over her after she found out that Sair was married and that his young wife, from an arranged marriage, was pregnant.

After writing hysterical letters to Sair, she confronted his wife and stabbed her over 40 times, including stabbing her deep into her pregnant belly.

This is an example of how dark a relationship with a married man can get within the South Asian community. Where cultures and backgrounds can conflict and result in tragedy.

There are no exact figures on such adulterous affairs but stories in South Asian communities unfold to tell that such relationships are on the increase.

Young women who have no plans to get married or settle down can get easily wooed into an affair with a married man. Sometimes knowingly or other times falling for him and then finding out he is married.

Davinder Sahota*, aged 28, recalls her affair with a married man.

“I was 20 at the time and at university. In my second year, one night at a Bhangra club night, I was with a few mates and dancing away. A guy bumped into me and spilt his drink on me.

“I was livid. With booze all over my dress. He apologised and took out £50 from his wallet and said, I hope this covers it.

“I didn’t know what to say. I said no, keep your money but he insisted. My mates were gobsmacked and laughed about the incident.

“All night I was looking at him on and off, as he was good looking. As I came out of the ladies he gave me his card and said to call if I needed help buying a new dress.

“He certainly got my attention. A man with money, looks and charm. I called him the next day. We arranged to meet in town and he took me shopping and to dinner.

“I met up with him for drinks and nights out after this. It turned into a sexual relationship and for me, he was my first, as I came from a strict family.

“A few times, I noticed his phone ringing and him ignoring it.”

“When I quizzed him he said it was work and would get angry if I suspected him of any wrongdoing.

“After some months, we were staying overnight at a hotel (as he told me he lived with his older parents), his phone kept ringing while he was in the shower.

“Looking at it, the caller name said ‘Mrs’. When I asked him who was ‘Mrs’ he went crazy and shouted at me for looking at his phone in his pocket and not respecting his privacy.

“I eventually found out it was his wife and that he had three children. I was shocked and devastated to think I gave up my virginity to a married man.

“He tried to convince me to keep on seeing him. But I could not, I really felt for his wife, who thought all the time he was with me, he was busy with his work or somewhere else important.”

As in this case and many others, the victim in this kind of relationship is often the wife of the man. Once found out, such affairs are triggers for divorce or eventual relationship breakdowns.

However, there are other times, when a wife turns a blind eye knowing if she confronts him, there is the danger of him leaving her and losing everything.

The wife still comforts herself that he still comes to her bed at the end of it all. 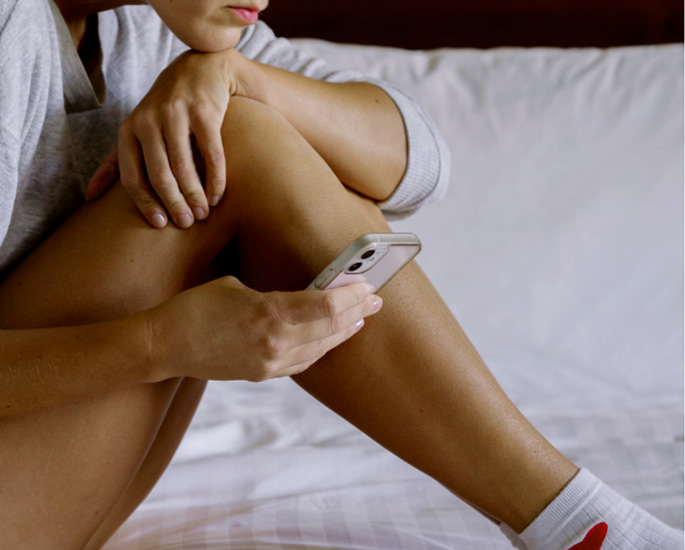 The moral advice would be for anyone in such a relationship is that it is not advisable and it is better to end it before someone gets hurt.

But many single women would argue that it is a choice they are comfortable with and are willing to face the challenge if they were found out. In the Desi community, this can be pretty ugly.

Jayshree Patel*, aged 27, remembers her affair with a man she knew was married.

“I met this guy on an app when I was 21, and after the first meet, I had a hunch he was married but still decided to see him again as he had lots of life and sexual experience.

“He admitted he was married. He had an arranged marriage and was never really happy. At the time, I didn’t really care. I just wanted to have fun with him.

“We saw each other when we could, especially, for sexual encounters. He would make me laugh and buy me things.

“I found myself falling for him as I got to know him better. He told me he would do anything for me.

“One day I asked him to leave his wife for me. He agreed but a year later he was full of excuses and I realised, I was always going to be the ‘other’ woman who was just there to make him happy.

“He couldn’t come to me in time of need. I could not introduce him to friends and family openly. It was so secretive that the whole thing began to suffocate me.

“But it came to an end after a cousin of mine saw me with him in a pub. My family found out and the news spread like wildfire.

“I was confronted by them. I told them the truth. They were shocked, horrified and distraught by what I had done.

“The relationship ended but the stain of what I did to the family never did. To this day, I’m reminded.”

Some women having such affairs hope that if the wife finds out she will divorce the man. But usually, this is not the case and the single woman is the one left as an emotional wreck.

So, is the heartache worth the hassle of such a secretive affair? Or does being single and dating a married man provide freedom, sex and love that other relationships do not offer?

The answers to these questions mainly depend on what the intentions are for such a relationship.

Is the single Desi woman happy to play the ‘bahar wali’ (outsider) versus the ‘gharwali’ (wife) and enjoy moments of desire with the man?

Or is she really in it for the long haul, where she hopes that one day, he will leave his wife and he will be really hers?

* Names have been changed for anonymity