Having represented India at the UK-India Year of Culture event in Buckingham Palace, DESIblitz exclusively talks to choreographer Shiamak Davar.

"It was very tough from the beginning. 30-years-ago, there was a lot of rejection and negativity."

Shiamak Davar. What comes first in your mind when DESIblitz mentions this choreographer’s name?

Well, DESIblitz thinks of grandeur. From choreographing high-profile award ceremonies to films, Shiamak lives by one principal: “Have feet will dance.”

Whilst dance is a major part of his life, this is just one of many segments in Shiamak Davar’s achievements.

Recently in 2017, he proudly represented India at the UK-India Year of Culture event in Buckingham Palace.

In reference to this, DESIblitz caught up with Shiamak Davar to talk about his phenomenal achievements.

As one would imagine, meeting Queen Elizabeth II in London was an experience of a lifetime. Shiamak himself says:

“It was absolutely humbling. My mother always dreamt of meeting the Queen. So, through my mother’s eyes, I saw the Queen. My mother came with me specially, just to be with me.”

Whilst Puran Davar was not allowed inside, Shiamak describes the joy of his mother as “outstanding and so touching”.

On a poignant note, he adds: “Meeting the Queen was just phenomenal and beautiful, but the joy that my mum felt was just something else.”

This institute first launched in (around) 1987 and the CEO is Glen D’Mello. Marzi Pestonji, known for being a reality-show judge on Zee TV’s Dance India Dance, is the Chief Operating Officer.

Today, Shiamak Davar is recognised to be one of the first artists to bring contemporary jazz and western forms to India.

But the struggle to gain this recognition has been incredibly tough. The 55-year-old choreographer tells us: “I’ll never say it was easy, it was very tough from the beginning. 30 years ago, there was a lot of rejection, a lot of negativity.”

In fact, when Shiamak was often quizzed about his mastered dance form, jazz, people often mocked it by calling it a “Jahaaz”, meaning aeroplane. Furthermore, the stereotypical views of society also came into play during this time:

“People never understood that boys could dance and if girls danced in my class, they were considered as bad girls.” 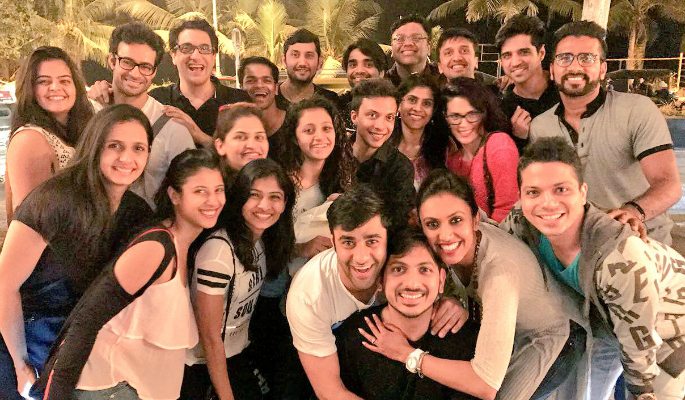 “Now they (people) know that dance is a respectable form. Dil Toh Pagal Hai really helped in breaking the mould of dancing in cinema.”

Dil Toh Pagal Hai was the first film Shiamak choreographed for. His dance sequences in the film were novel and fresh. As such, this wonderful work led Mr Davar to win the National Film Award for ‘Best Choreography’.

However, Shiamak’s talent was not just limited to dancing. He also has a flair for singing and has crooned hit pop songs like ‘Mohabbat Kar Le’, ‘Jaane Kisne’ and most recently ‘Shabop’.

In addition to major films, Shiamak has also choreographed for prestigious award shows like Filmfare and most prominently IIFA. But another honourable opportunity had arisen when Mr Davar choreographed the closing ceremony of the 2006 Commonwealth Games in Melbourne.

What does he love the most about all of this?

“When I see my work in creation and then I see the final project.”

All his projects truly are incredible. But in 2004, Shiamak established the Victory of Arts Foundation. According to the website, this is a noble cause which brings joy to the “underprivileged and physically challenged” through dance. As such, classes are free of charge.

Numerous major Bollywood and international stars have worked with Shiamak – including Hollywood stars like Kevin Spacey and John Travolta.

In fact, Shiamak’s personal favourite Bollywood celebrity is Helen. He believes that “she is the most graceful, elegant, classy” performer:

Considering that there are many celebrities who haven’t grasped dance, how does Shiamak deal with this?

“It’s not difficult at all because they [the stars] are actually hard-working people. They know that they have to look good on stage, so it’s best that they know their work.”

Davar also mentions that he is open to changing dance-steps for those who aren’t comfortable with it. He also adds: “They’re very hard-working stars.”

From what we’ve gathered so far, Shiamak is a humble human being. It is no surprise that previous alumni (and now major stars) such as Shahid Kapoor, Varun Dhawan and Aakash Odedra have grown to become respectful and down-to-earth. 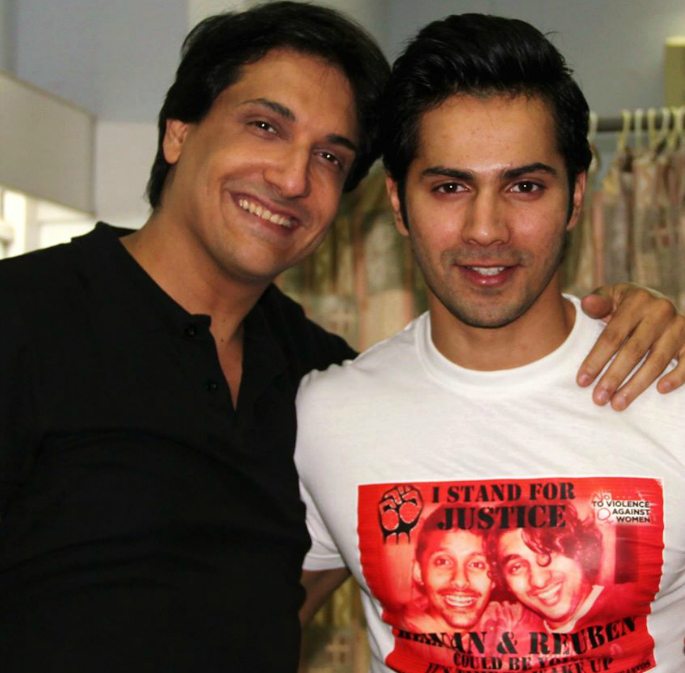 It also seems like Shahid’s brother – Ishaan Khattar – is also following in his elder sibling’s footsteps. Davar seems to be quite fond of Ishaan and says:

“He is doing a Majid Majidi film and I’m extremely proud of him because that’s [a] really big film.”

Therefore, it is expected that Ishaan is now set to impress the film industry!

The artists whom we recognise today as megastars were once ordinary students, trained by Davar:

“For me, they’re all the same. There was never a Shahid, Varun or Sushant. They were just lovely students. There was nothing that was different about them. The only thing that set them apart from the others was their talent.”

Not only does Shiamak feel like a proud parent, but it seems like he finds himself quite fascinated that his former students are now major stars in Bollywood.

He laughs: “I still feel awkward to pick up the phone to say ‘Come for Summer Funk [his regular academy shows] and meet me’ or ‘Come for dinner’. I feel awkward doing that.”

When we ask why, he replies: “I think I just like to respect them as stars.” But in reality, his students will always be there for him.

Listen to our full interview with Shiamak Davar on SoundCloud here:

What’s next for Shiamak Davar?

“I’m [working] on a film called Jagga Jasoos, with Ranbir Kapoor and Katrina Kaif. And then I’m doing the IAA awards, the Indian Academy Awards, in San Jose, which will have the best of Bollywood, Hollywood and Tollywood.”

Shiamak Davar himself also mentioned that Matt Damon is amongst guests to attend the event.

Furthermore, it is rumoured that he has also been the choreographer for upcoming Zee Cine Awards – in which there’ll be a special act with Govinda and Raveena Tandon.

Whilst in London, Shiamak asked his senior pupils about what he loves the most.

They all screamed: “Dance!” But Davar shook his head and said: “I love to teach dance.”

With this immense love and passion, Shiamak Davar, with his dance team, continue to rise and shine above the rest.