"The ConfiDance Show helps them understand how performing on stage works"

After breathtaking dance performances in a number of cites around the world, Shiamak’s ConfiDance Show 2016 took to Vancouver and London by storm, for it’s second edition.

The much awaited dance show takes place yearly in multiple cities around the world.

The audience were treated to an extravagant display of a variety of dance styles, including Bollywood Jazz and Hip Hop.

The show is conceptualised by noted choreographer, Shiamak Davar, who was the choreographer for the Commonwealth Games in India and Delhi.

He has also choreographed dances for a number of films, even winning the National Film Award for Best Choreography for his work in Dil To Pagal Hai.

Shiamak’s ConfiDance event is staged in multiple cities globally by his dance teams in each of those cities.

He handpicked local talents from each city that attends his dance classes to perform at this much anticipated event.

His unique program provides a stepping stone to talented performers aiming to the world of professional dancing.

Young talented dancers around the world to get the opportunity to train in multiple dance styles.

The determined team is trained by Shiamak’s expert faculty and display their talent in an incredible stage show.

They engage in a technique or various dance styles and even design costumes and create properties and sets.

“People come to my classes to take up dance as a hobby,” Shiamak said.

“But amongst them, a lot of them have the talent to grow and take dance more seriously.”

“Developing dance teams in each of these cities is an effort towards this, so they can learn styles and technique intensively by my core faculty.” 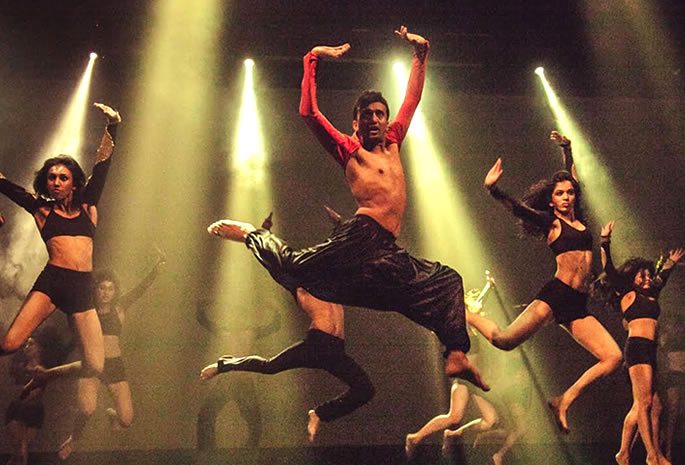 “The ConfiDance Show helps them understand how performing on stage works and gives them a greater insight into dance and the energy of being in front of a live audience.”

The stage performances saw extraordinary mix of various different dance styles from almost a hundred dancers from each city.

The stage was lit up by breathtaking visuals and colourful costumes, as the team showcased a delightful visual display for the audience.

Consul General of India in Vancouver, Mr Rajiv Kumar Chander attended the show and expressed his thanks for a beautiful event.

Shiamak’s senior manager and master instructor said ” I have seen the team grow and give so much to the show.”

“It is truly motivating to see the hard work each one puts in and see them shine on stage.”

Suzi Mann from the BBC also went along to enjoy the show.

“I had a spring in my feet when I left the show,” she said. “The little kids were adorable.”

The teams are now preparing for shows in Toronto, New York, Sydney and Melbourne.

See more pictures from Shiamak’s ConfiDance Show 2016 in our gallery below:

Photos by Peter So and Paul Torode.