Salman Khan’s next TV Show is about Wrestler Gama Pehalwan

After his success on The Kapil Sharma Show, Salman Khan is set to commence work on the small screen. His show is about the life of wrestler Gama Pehalwan.

Salman's TV series will be shot in Punjab and London.

After receiving a rousing reception on The Kapil Sharma Show, Salman Khan is set to commence work on the small screen with a new show. His TV series is about the life of wrestler Gama Pehalwan.

The actor has decided to adapt the life story of Gama Pehalwan into a series suitable for television audiences. Salman is producing the series under his banner, Salman Khan films.

Salman’s brother Sohail Khan has been cast to play the iconic wrestler. One of the highest-paid TV actors Mohammed Nazim is set to play his on-screen brother Imam Baksh.

The show has undergone several changes over time and was initially planned as a film which had been in the pipeline for two years.

Even John Abraham was planning on making a film about the sportsman, bringing more delays.

The untitled series is written and directed by Puneet Issar. Puneet has previously worked with Salman as a director on the 2004 film Garv: Pride and Honour. 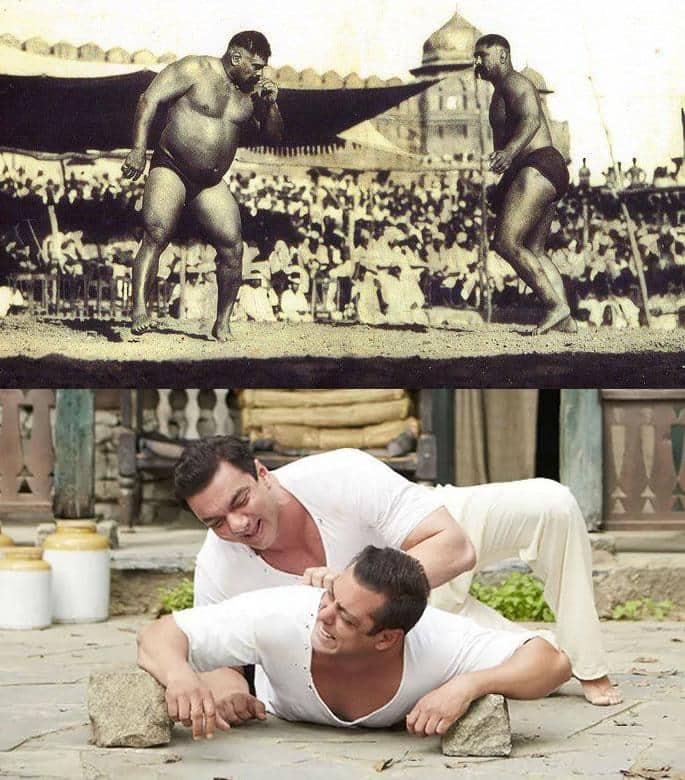 Salman’s TV series will be shot in Punjab and London. They plan to begin shooting in April and to have a bank of episodes ready by the time it airs.

Developers are looking at a July launch for the untitled fiction show if all goes well. They have also finished making the pilot episode ready for the July release date.

The TV biopic chronicles the life of Ghulam Mohammed AKA the Great Gama. It will also explore the backdrop of India’s partition.

Born in Punjab, Gama began attracting attention at the age of 10 in 1888 during a strongman competition in Jodhpur, which included many gruelling exercises.

He became a wrestler and went on defeat many grappling champions across the world. Gama’s efforts saw him awarded the Indian World Heavyweight Championship.

Gama went undefeated in a career which spanned more than 50 years. Gama is considered to be one of the greatest wrestlers in the world.

His legacy lives on as he is still one of the most popular wrestlers of his time and was also inducted into the Professional Wrestling Hall of Fame in 2015.

Salman’s TV series on the wrestler is bound to give viewers an insight into the wrestler’s life and the sport in general.

Dhiren is a journalism graduate with a passion for gaming, watching films and sports. He also enjoys cooking from time to time. His motto is to “Live life one day at a time.”
Hina Khan to attend Cannes Film Festival 2019
Nargis Fakhri to spook in Horror Thriller ‘Amavas’