Rasika Dugal spoke about her role as Beena Tripathi in the hit series ‘Mirzapur’ and reminisced about her first day of filming.

"a role so different from who I am"

Rasika Dugal, who is well-known for her role in the OTT hit series Mirzapur recently discussed her road to playing Beena Tripathi in the series.

As she reminisced, the actress recalled her first day of filming as Beena Tripathi, Kaleen Bhaiya’s wife.

She recalled: “On my first day of being Beena I was, of course, excited but nervous too – I had never done a role as sassy as this one.

“It turned out to be easier than I had imagined though.

“The directors were always encouraging and we have a powerhouse cast which gets only better with every season.”

Expressing her gratitude to the director Mihir Desai and the casting director, Rasika Dugal went on to say:

Talking about her fellow cast members, Rasika only had positive things to say:

“The cast and crew of Mirzapur have been excellent collaborators who make the process of filming as special as the outcome.” 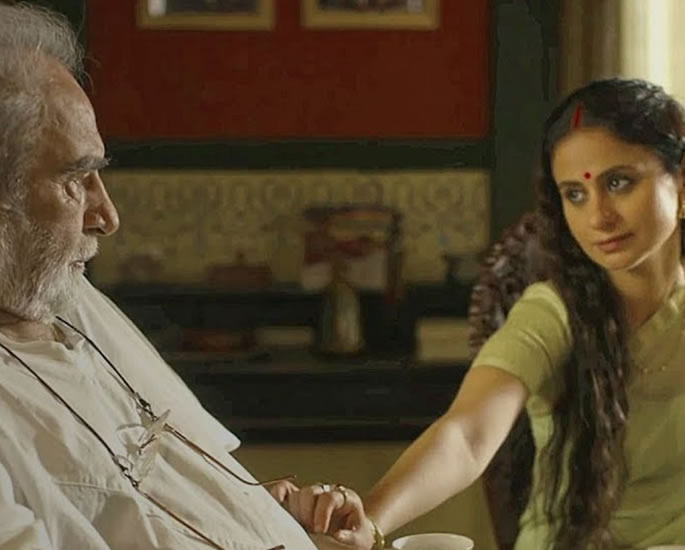 Speaking on the upcoming season 3, the actress shared her excitement with viewers.

“The audience keeps saying they can’t wait for Season 3. I can’t wait to share the new season with them too.”

Taking to her Instagram Stories, Shweta dropped a series of pictures and videos with cast members.

Shweta wrote: “4 years to the madness, to the undying love, to the bhaukaal that changed all our lives!! Mirzapur, lab hai hamaara!!”

The plot of Mirzapur concerns Kaleen Bhaiyya, the ruler of Mirzapur, and his battles with the Pandit Brothers, Guddu, and Bablu.

What originally begins as a struggle for dominance that ends with the throne of Mirzapur ultimately determines the course of the city, affecting both its business and its politics.

The second season of Mirzapur praised by viewers and critics alike for its compelling plot and outstanding performances, had increased the show’s already-unparalleled level of adoration.

Although season 3 of the show is confirmed, a date has not yet been revealed.

Ilsa is a digital marketeer and journalist. Her interests include politics, literature, religion and football. Her motto is “Give people their flowers whilst they’re still around to smell them.”
Rajkummar Rao & Patralekhaa celebrate 1st Wedding Anniversary
Priyanka Chopra says Actors ‘Do Nothing’