For more than a decade, Scottish DJ duo Tigerstyle, have been at the forefront of the British Asian music scene. Brothers Raj and Pops speak exclusively to DESIblitz.

“We loved Wu Tang Clan...they had a sample from a Kung Fu film, Tigerstyle.”

One of the most iconic moments in British TV history in the last decade, was when dance act Signature auditioned on ITV1’s Britain’s Got Talent in May 2008.

The act featuring a Michael Jackson tribute dancer, Suleiman Mirza, and his partner Madhu Singh, took the country by storm.

The scintillating soundtrack to that stunning performance was down to Tigerstyle, whose remix of Michael Jackson’s ‘Billie Jean’, captured the nation.

Since the birth of their music career in 1997, brothers Raj and Pops have been leaders and innovators in the British Asian music scene.

The pioneering Glaswegians were raised with traditional religious Sikh values, by a family which appreciated the gift of music. 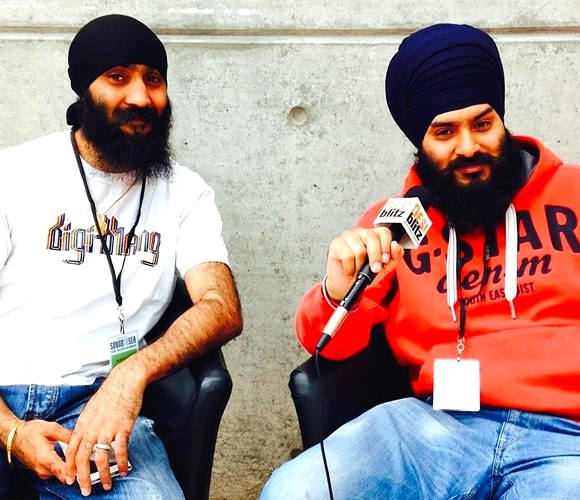 They learned to play instruments from a young age and would perform shabads and kirtan at their local Gurdwara.

They also benefitted from learning classical tabla from their ustad, Vijay Kangutkar.

However, alongside the religious and Punjabi folk musicology, they were also influenced by western music.

In an exclusive Gupshup with DESIblitz, Raj says: “When we were younger, our uncles, our Chacha was into Michael Jackson … and Boney M. And these kind of things were kind of in the background.”

He adds: “When we hit our teens, then we kind of discovered hip hop, drum n bass, and electronic music.”

So where did the name Tigerstyle come from? Pops explains: “We loved Wu Tang Clan.

“And their first album, 36 Chambers, there was one track in it. And at the start of the song, they had a sample from a Kung Fu film, Tigerstyle.” 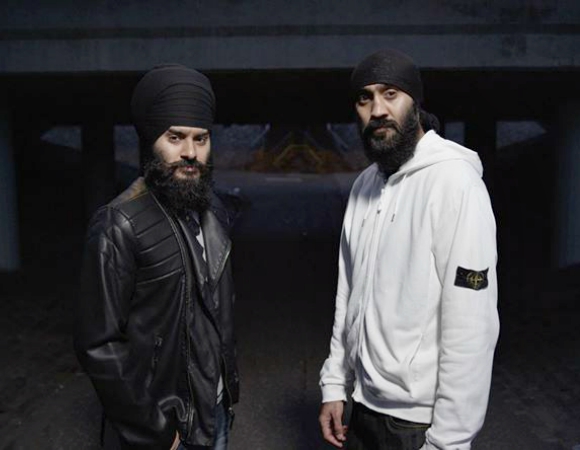 The Scots had arranged to meet with Panjabi MC, one of the leading Desi DJs of the era, and presented him with a demo tape.

Impressed by what he had heard, Panjabi MC asked the pair: “What are you going to call yourself? Is your name Tigerstyle?”

They chose to stick with the name. And Pops says that it suited their image too: “Obviously it compliments the martial Sikh background that we have come from.”

Panjabi MC would continue to have an important influence on the pair. And they eventually signed with a record label which launched PMC’s career, Nachural Records. 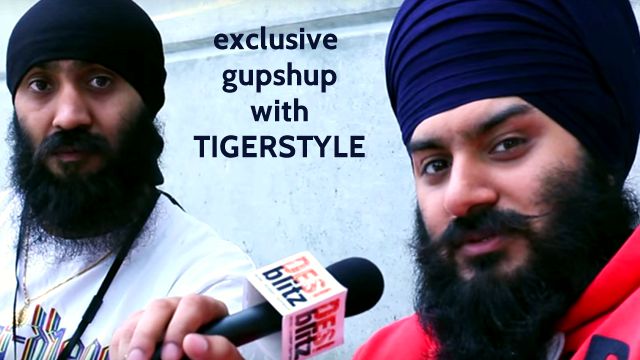 By the mid-2000s, Bhangra music was experiencing a revival. Tigerstyle became a household name thanks to the critical success of their albums: The Rising, Extended Play, and Virsa.

Tigerstyle were one of only a handful of Desi artists to have recorded a live session with the late Sir John Peel.

They featured at the first ever BBC Electric Proms in September 2006. In another first, they performed on the BBC Introducing Stage at Glastonbury in July 2007.

When they launched album Mystics, Martyrs, and Maharajas, in 2008, it was met with high praise and critical acclaim. 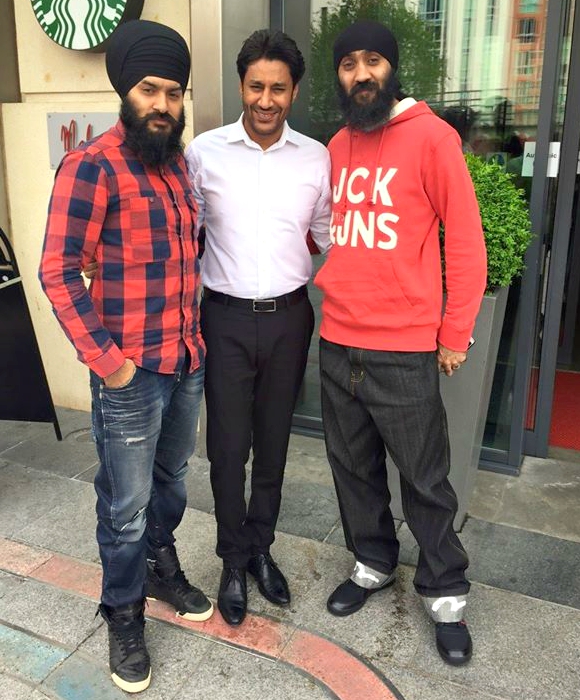 Towards the end of the decade, they made their breakthrough into Bollywood, by featuring on the soundtrack of the blockbuster 2008 film, Singh is Kinng.

Under the guidance of reknowned music composer, Pritam, they released exclusive remixes of ‘Bas Ek Kinng’ and ‘Bhootni Ke’.

Since then, they have worked with the likes of Pritam, Ram Sampath, and Sachin Jigar on a host of projects.

In the 2010s, the journey of their ever-changing sound took another turn as they worked to create their own fusion music.

The result was the 2013 album, Digi-Bhang. The album reached the Number 1 spot on the iTunes World Albums Chart in the UK. The singles also charted well upon their respective releases.

As a special production for the 2013 Edinburgh Fringe Festival, Tigerstyle created a Live Band performance of the album, Digi-Bhang Live. 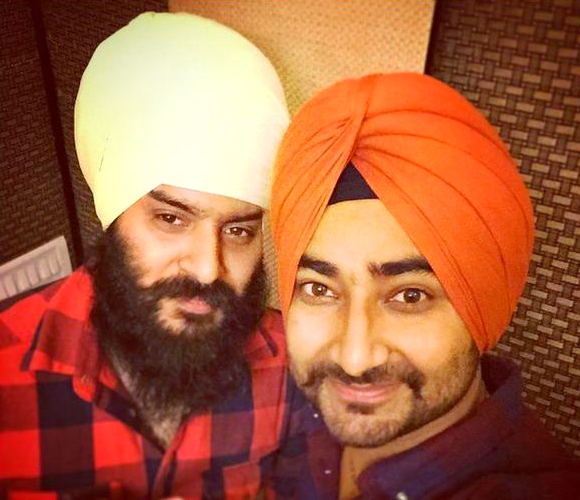 Further displaying their musical versatility, they have looked more towards India in the mid-2010s.

They teamed up with vocalist Preet Harpal for ‘Att Goriye’. The October 2014-release was hailed as a commercial success.

This was followed by collaboration with Ranjit Bawa, ‘Swag Jatt Da’, for his album Mitti Da Bawa. And then ‘Chakkwein Suit’ which features the voice of Kulwinder Billa.

The success of these tracks led to them being approached by the likes of Ravinder Grewal and Harbhajan Mann.

In 2015, the pair produced another Bollywood music hit. This time it was the ‘Zaalim Dilli’ for Dilliwali Zaalim Girlfriend, which features Jazzy B and Hard Kaur.

Tigerstyle have also have contributed to the soundtrack for the upcoming 2015 film, The Mastermind: Jinda Sukha.

The film is set in Indian state of Punjab in aftermath of the atrocities in 1984. 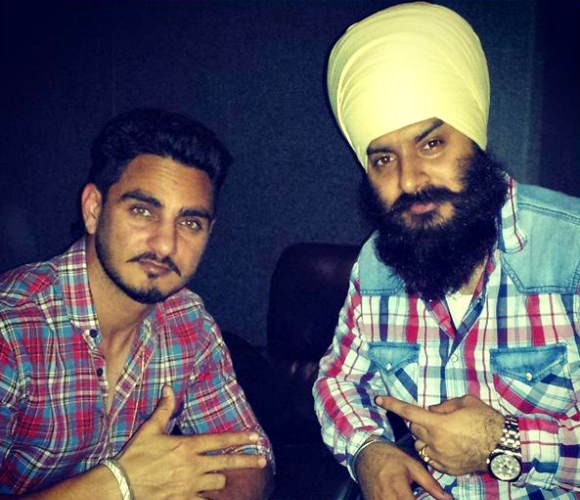 Being Scottish has set Tigerstyle apart from other British Asian artists. They have been influenced a more eclectic array of music.

This might have been very different had they grown up in West London, Birmingham, or Leicester.

Raj says: “The kind of stuff that we listen to, when we’re not listening to the desi stuff, isn’t the kind of mainstream stuff that we tend to find that people from the main hub of the Asian population tend to listen to.”

He adds: “We’re always listening to more progressive music. Not just like dance music, but the hard, techno stuff that used to be really popular back in the day, in the mid- 90s, and drum n bass, were our kind of our basis.”

Tigerstyle have managed to stay relevant by maintaining their unique and varied sound, and constantly adapting and evolving it.

After more than one and a half decades in this industry, it will no doubt be the versatility and adaptability of Tigerstyle which will ensure their continued prominence and success.