"I’m having to deal with the loss of the love of my life."

Millionaire hotel tycoon Vivek Chadha has died at the age of 33 following a night of partying at the high-end Mayfair nightclub, Annabel’s.

The owner of property and hotel company, Nine Group, mysteriously collapsed at a London address.

It occurred in the early hours of Sunday, October 24, 2021, before which Mr Chadha had been seen partying.

It came just two months after he married former model Stuttee Chaddha in a lavish wedding ceremony. The pair had tied the knot at the JW Marriott Grosvenor House hotel on London’s Park Lane.

She told MailOnline: “There are no words to describe what has happened.

“I’m in shock and still trying to make sense of it. We only got married eight weeks ago and it was beautiful.

“Now I’m having to deal with the loss of the love of my life. I’m stunned and heartbroken.

“This is not a good time for me or Vivek’s family.

“His death happened very suddenly, and we are not able to come to terms with it yet. It’s not even started sinking in.” 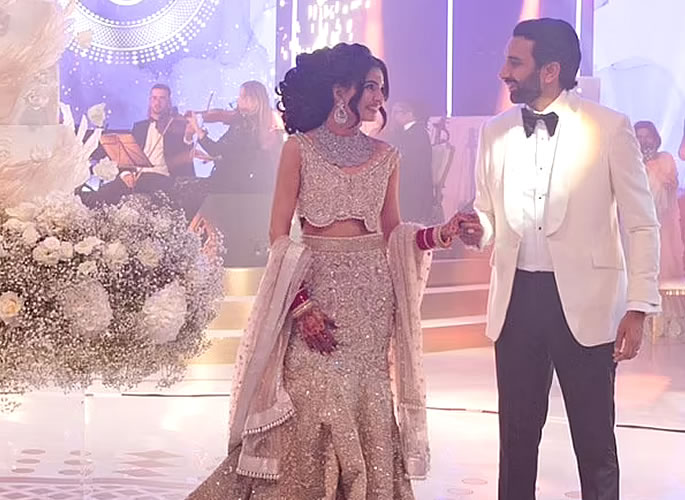 Friends and family suspect that the millionaire may have suffered an unexpected heart attack but this has not yet been confirmed.

He was not known to have any underlying health conditions.

Meanwhile, Mr Chadha’s parents are said to be in a state of shock at their family home in Iver, Buckinghamshire, where their son split his time with London.

His mother, Jasbir, said: “We are in total shock and it’s too early for us to say anything about Vivek and his achievements.

“There will come a time when we will pay tribute to him but at the moment, it’s too early for us.”

The businessman was known to have links to the Conservative Party and he regularly attended events alongside David Cameron and Theresa May.

He became one of the youngest donors in the initiative backed by William Hague, former Secretary of State and George Osborne, former Chancellor of the Exchequer.

Known for his business accolades, Mr Chadha won the ‘Rising Star’ award at the Young Entrepreneur of the Year in 2017.

He founded Nine Group with his father in 2012. It quickly became one of the largest private hotel companies in the UK.

The group nows has a portfolio of 18 hotels across the country and various commercial and residential units, employing more than 800 people.

A post-mortem examination is expected to be carried out to establish the cause of Vivek Chadha’s sudden death.

Naina is a journalist interested in Scottish Asian news. She enjoys reading, karate and independent cinema. Her motto is "Live like others don't so you can live like others won't."
Police catch Man with 400,000 Child Abuse Images
Hotel Guest took Worker Hostage during Rampage