A 40 foot-long reception room boasts a breathtaking view of the park.

Indian billionaire Pramod Agarwal, embroiled in a legal battle against Eurasian Resources Group throughout 2015, has sold his mansion in Regent’s Park, London.

The Evening Standard reports his lavish five-storey townhouse, situated in ‘the world’s most expensive terrace’, is being sold for £32 million which is £5.5 million less than his purchase price.

Latest reports suggest Agarwal’s finance has suffered a huge blow since iron ore prices hit record low and that his home in Regent’s Park has been repossessed.

An anonymous source reveals: “He’s no longer living there. It’s in the hands of the receiver.” 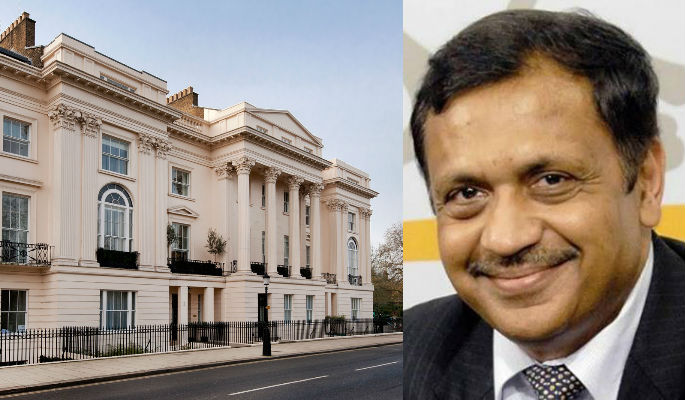 Agarwal clarifies: “I had to choose whether to live in Mill Hill or Cornwall Terrace, and here I have four acres of property where for 16 years I have done the gardening myself and it’s a beautiful estate and this is what I enjoy.

“You will see at the back there is a Japanese garden, everything is hand created for the past 16 years.

“We thought we would move to town and see how it is, but we didn’t like it so we decided to come back here.”

Agarwal is now believed to be living at his nine-bedroom home in Mill Hill, north London.

Marketed as a ‘unique and elegant lateral town house’ with ‘excellent volumes and proportions’ by estate agent Savills, his Regent’s Park home is originally made up of two town houses which were joined up to deliver a stunningly spacious home of 11,233 square foot.

In the basement is a spa and gym, and the ground floor houses a library, kitchen as well as the dining room. A 40 foot-long grand reception room occupies its first floor, boasting a breathtaking view of the park. 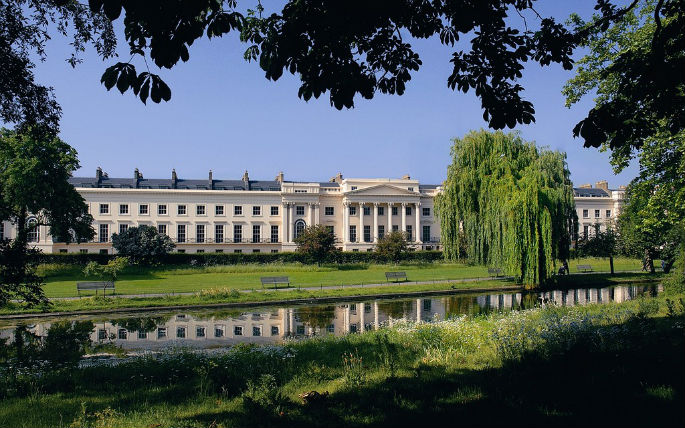 In addition to a highly tailored and extravagant master suite with his and hers dressing rooms, the property has a total of six bedrooms and bathrooms.

Security equipment, as one would expect for the owner of this impressive home, is state of the art. Its garage door alone is described as ‘virtually impervious to even sustained attack’.

Agarwal’s personal wealth was also manifested a few years ago when he splashed millions of pounds on his daughters’ weddings in Italy, which featured nothing less grandiose than lavish venues and world class performances (Pritam, Shakira, Florence and the Machine). 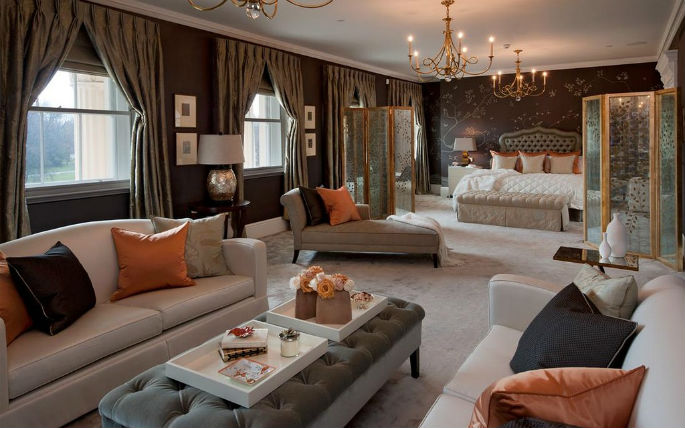 However, in 2015, he and his mining company Zamin have been troubled by a legal battle against Eurasian Resources Group, a former ENRC mining group accused of ‘improper conduct by federal and state courts in foreign jurisdictions’.

A court statement from September 2015 revealed ‘a very sombre picture of both his personal finances and the finances of the Devi Group as a whole’.

Take a look at the stunning interior of the Regent’s Park property: