In a plot to get revenge against his ex-girlfriend, a man named Harris ordered food for his former partner. However, she was shocked by the bill.

A man named Harris from Karachi, Pakistan shared his revenge story in a Facebook post describing how he got back at his ex-girlfriend by ordering food costing Rs 13,470.00 (£144.35) from Pizza Hut.

Everyone is familiar with numerous revenge stories in which a relationship goes wrong and payback is desired.

The latest of revenge stories circulating online involves Harris who was dumped because he couldn’t buy his ex-girlfriend a present on her birthday.

Harris shared screenshots of his WhatsApp conversation online which showed how he extracted payback.

His ex-girlfriend sent him a message saying she was hungry and that he should care for her to which Harris revealed the cause of their breakup.

In response to this, she wrote:

[You don’t care that I’m dying from hunger. If you can’t send me pizza at least speak nicely].

Harris then asked his former partner which pizza she wanted to eat and she chose “chicken fajita” pizza. 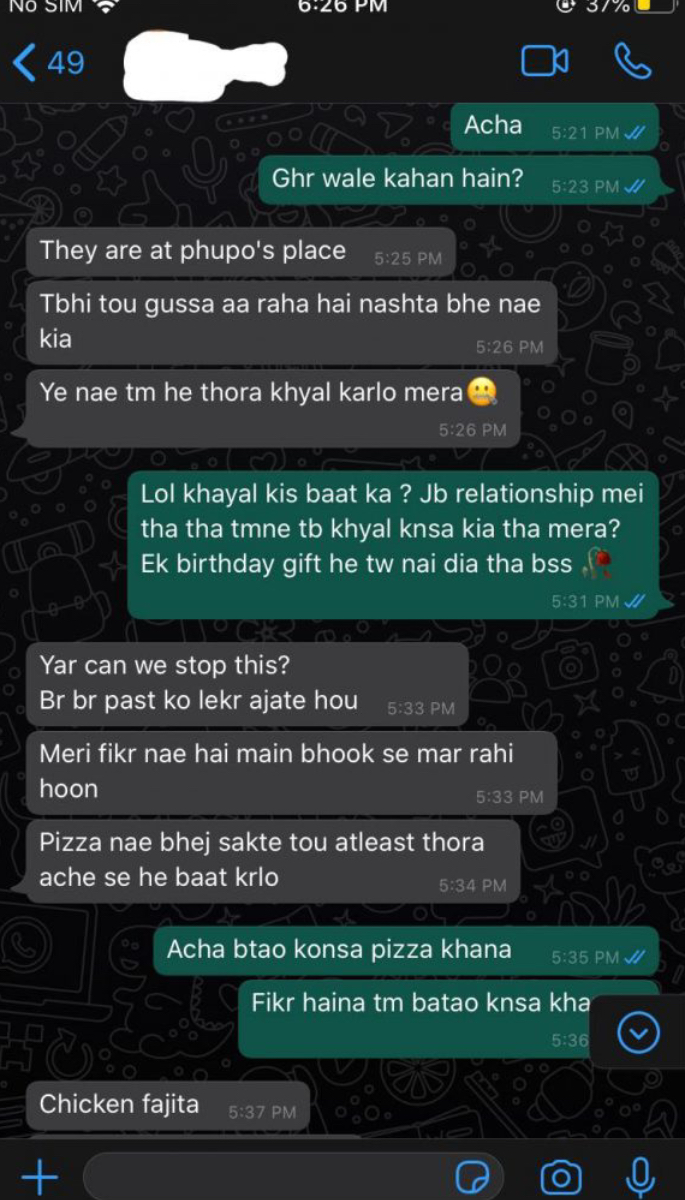 Harris, who seemed to be the sweetest ex in the world, ordered the pizza with extra ketchup for his ex-girlfriend.

However, all was not as it seemed. Shocked by his gesture, she said: “Omgg harris tum to dil par le gaye. [You took it seriously]. Am sorry for everything.” 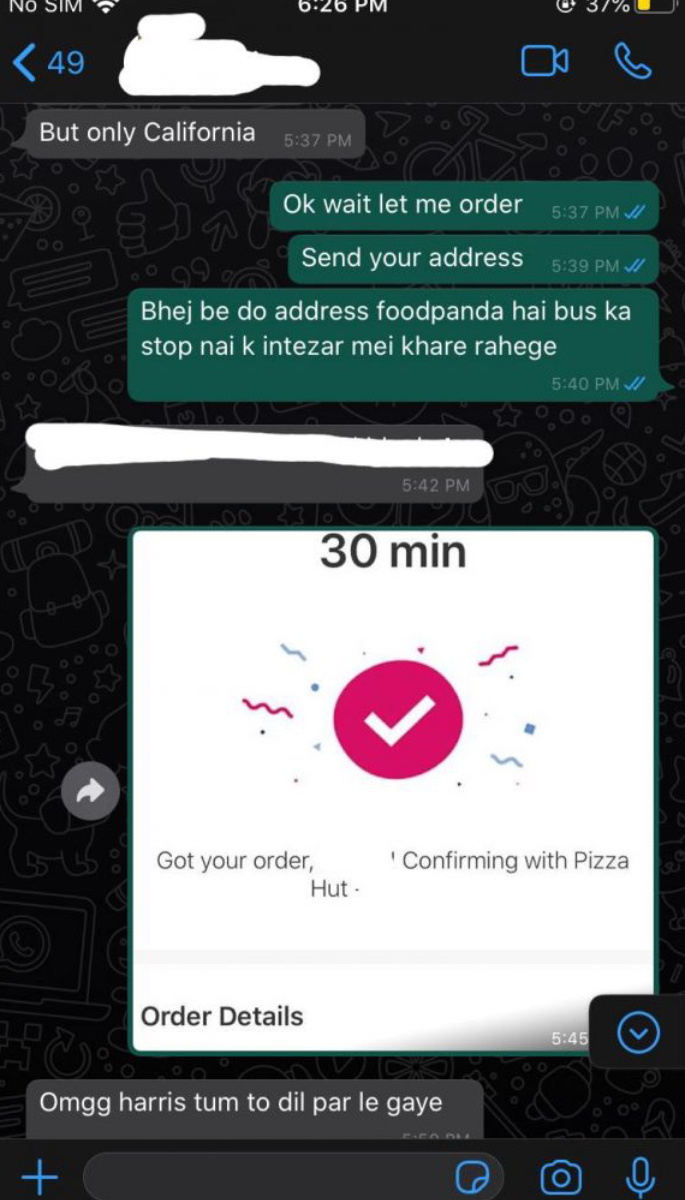 [Enjoy your pizza. You’ll remember your ex a year later for sending pizza].

The ex-girlfriend who was oblivious of what was to happen said:

“Harris I said I’m sorry. Hahaha tum apne group main post kardena ya main kar dugi. [Shall I post it or will you post it on your group]. Not every ex is same.” 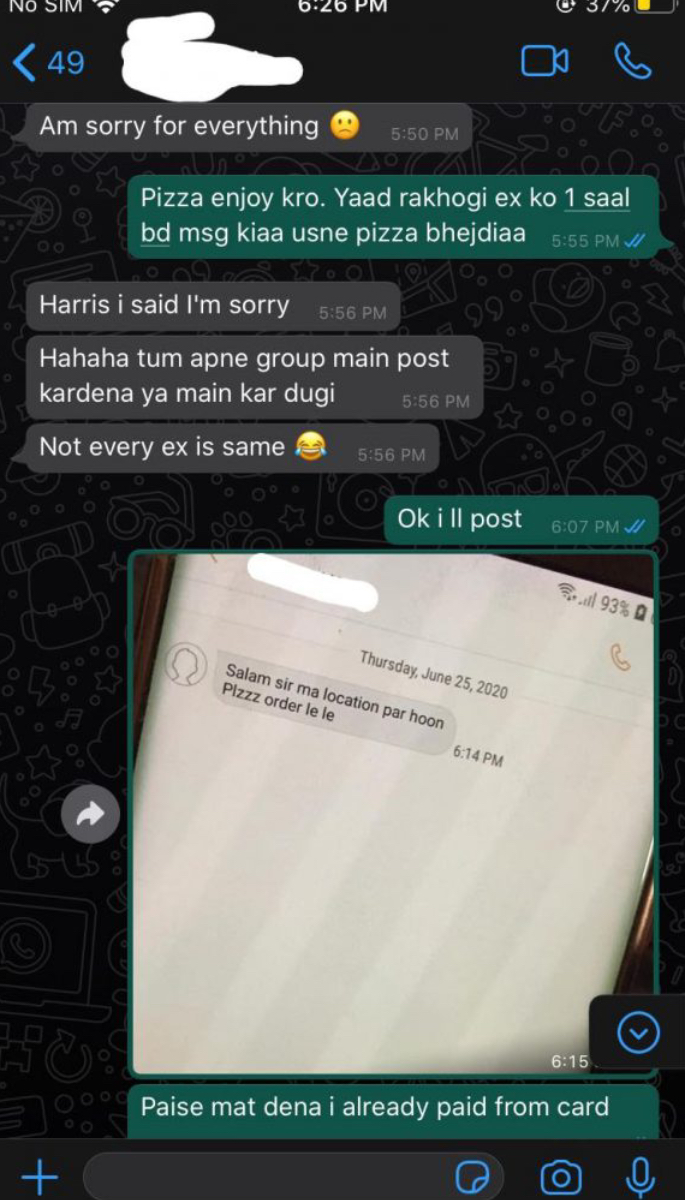 Everything seemed to be going well until the delivery driver arrived at her house asking for money.

Shocked by the amount of food delivered, she asked:

“Harris wtf yeh itna saara kyuuuuuu.” [Why have you sent so much food?]

“Enjoy kro puri family raat mei b khana. Mom dad ko batana I cheated a guy and he sent me this surprise.

[Enjoy it with your entire family at night. Tell your mum and dad that you cheated on a guy].

The ex-girlfriend who was still confused asked: “Lekin ye sb ku? Kon khaayega.” [But why so much? Who is going to eat it?]

Upon realising that the food had, in fact, not been paid for, she said: 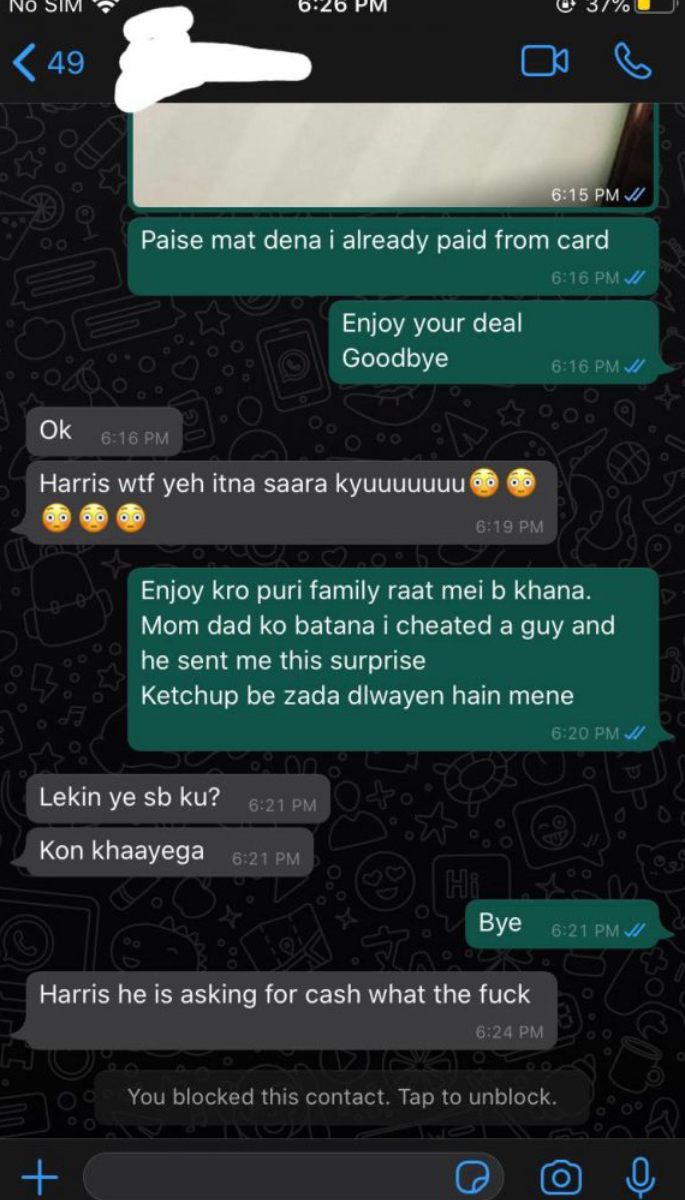 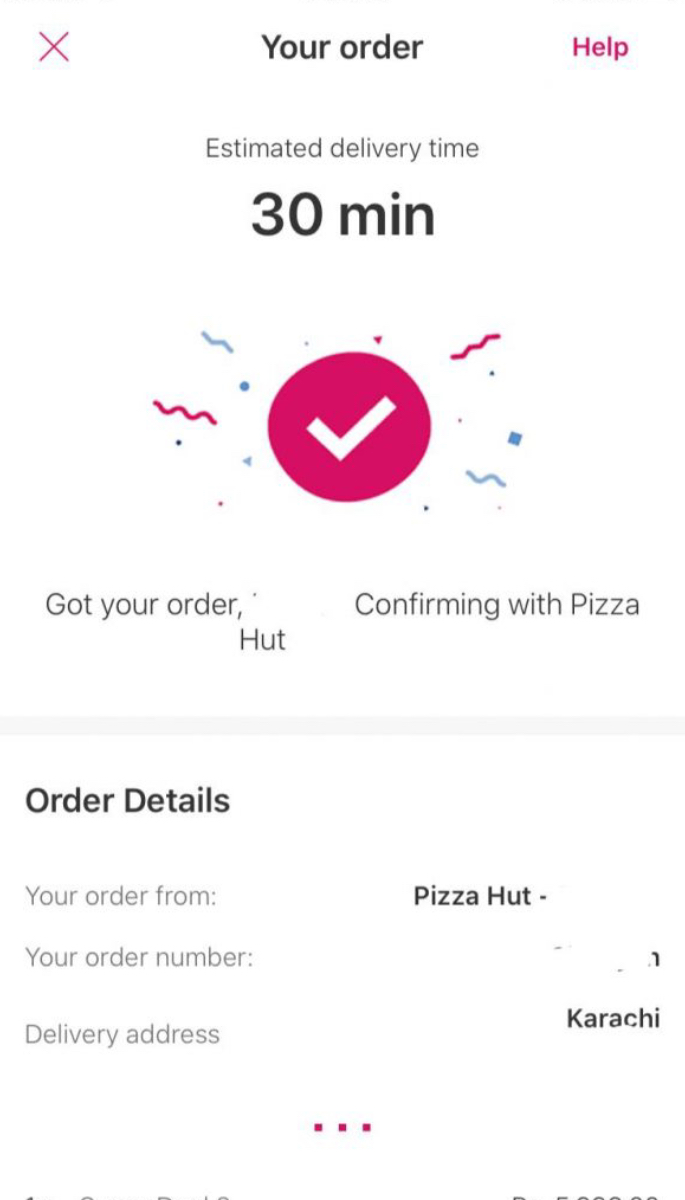 He also shared a screenshot of the foods confirmation detailing what he had ordered for his ex-girlfriend. 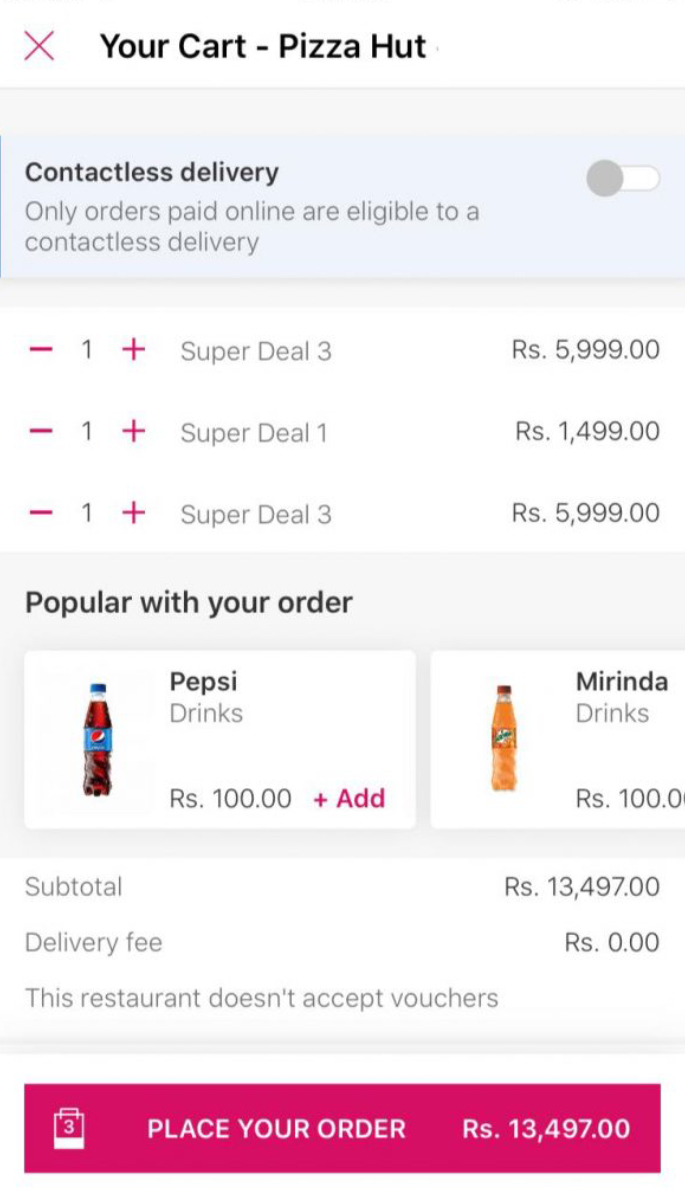 It appears Harris certainly got his revenge against his ex-partner.

Ayesha is an English graduate with an aesthetic eye. Her fascination lies in sports, fashion and beauty. Also, she does not shy away from controversial subjects. Her motto is: “no two days are the same, that is what makes life worth living.”
Indian Groom founds out Wife is Lesbian after Wedding
Indian Family fined Rs 6 Lakh for Wedding infecting 16