Man arrested for Rape before Boarding Plane to Pakistan

Mohammed Ibrar Aslam was arrested on a plane moments before it took off for Pakistan. He was taken into custody for rape.

"He was literally just moments away from leaving"

Mohammed Ibrar Aslam, aged 47, of Birmingham, was jailed for eleven years and three months on July 4, 2019, for committing rape.

Leeds Crown Court heard officers had been searching for him for almost twenty years after he attacked a woman at a house in Bradford.

Aslam was arrested on a plane moments before it took off for Pakistan.

West Yorkshire Police’s Cold Case Review Team began a new inquiry in 2018 following advances in forensic science. After a time-consuming investigation, Aslam was identified as a possible suspect for a DNA test.

Aslam had been circulated via police and E-Border systems. On January 8, 2019, West Midlands Police found him at Birmingham International Airport onboard an Emirates flight waiting to go to Pakistan via Dubai.

“He was literally just moments away from leaving the jurisdiction.”

Aslam was transferred to Wakefield for questioning and initially denied being responsible for the offence.

But in February, he pleaded guilty after his DNA matched samples taken from the victim eighteen years ago.

In March 2001, the woman had been drinking with her friends at a nightclub in Halifax. She eventually left on her own in the early hours of the morning.

Mr Wood explained the woman was intoxicated. She remembered staggering about and feeling ill before a car stopped and someone asked if she was alright.

The next thing she remembered was lying face down on a double bed. Mr Wood said:

“She had no idea who she was with or where she was.”

The woman was being raped by a man and was forced to perform oral sex on him. She soon became aware that there was also another man in the house.

She was offered a cup of tea and allowed to put her clothes back on before they gave her a lift from Bradford to the Halifax area.

The victim got back to her home at around 5:30 am and gave a statement about the rape to the police. 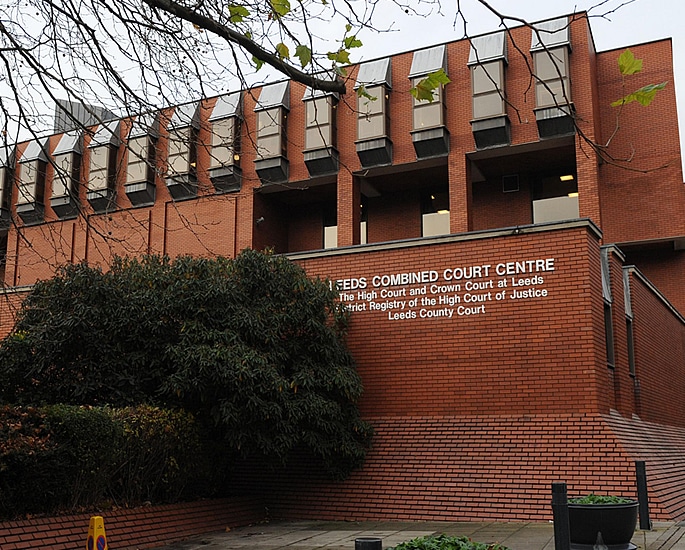 “The presence of the defendant’s semen indicates that the defendant engaged in sexual intercourse with the victim at a time when she was incapable of giving informed consent.

“His guilty plea accepts that due to her intoxicated state he had no belief, reasonable or otherwise, that she was consenting.”

A victim impact statement was read in which the victim stated that the rape left her with feelings of anger, shame and paranoia.

She said during the rape she “felt like a piece of meat being used” and added:

“The only thing I thought I could do was become completely detached and try to ignore what was happening to me.

“I feel as though I have lost important parts of my sanity. I will always feel unclean and suffer from very low self-esteem.”

Mr Wood stated that the prosecution could not say that Aslam, who was twenty-nine at the time of the rape, was involved in abducting the woman off the streets and taking her to the house.

However, Mr Wood said that Aslam must have been aware that had happened. He added:

“There was prolonged detention and she was particularly vulnerable because of her intoxication.”

Soheil Khan, defending Aslam, said his client was remorseful for what had been a “one-off” incident and he wanted to apologise to the victim. Mr Khan said:

“He acknowledges that his actions will have impacted on his victim beyond his imagination.”

Judge Simon Phillips QC said the investigation was a testament to the professionalism and dedication of the team of officers involved.

The judge told Aslam, who appeared via a video link to Leeds Prison that he had ruined the woman’s life. Judge Phillips said:

“No sentence that the court can compensate for the devastating impact upon her.

“Effectively for every hour of every day for the past 18 years when she has been conscious the victim of your offence has been disastrously affected by your actions and the overwhelming expectation is that will remain the situation for the foreseeable future.”

The Telegraph and Argus reported that Mohammed Ibrar Aslam was sentenced to 11 years and three months in prison.

Dhiren is a journalism graduate with a passion for gaming, watching films and sports. He also enjoys cooking from time to time. His motto is to “Live life one day at a time.”
Neelam Afzal: The Enterprising Solicitor
Indian IT Student kills Himself fearing “poor grades”