"I do think that South Asians write about South Asian culture very well, and quite often and at quite a high level."

The autumnal independent literature festival enjoyed a strong showing in 2013, following the opening of the Library of Birmingham, its new home.

Presented by Writing West Midlands, the literature festival has been successfully running for 15 years.

For 2014, organisers aim to bring: “The usual blend of high quality literature events, activities and conversations – from sparkling poetry to prize winning fiction and beyond.”

As expected, the exhibit boasts appearances from a number of acclaimed writers. 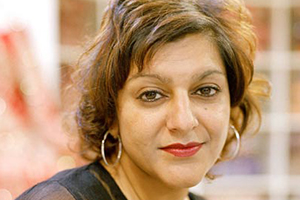 Popular British Asian novelist, Meera Syal will headline the event for a special talk with journalist, Sathnam Sanghera, who is a regular guest.

Both British Asian personalities were born and bred in the West Midlands, and the talk will cover their unique writing styles, and living and growing up locally.

Syal, the multi-talented entertainer has a career spanning theatre, television and radio; not to mention a Masters in Drama and Psychotherapy.

The comedian was even listed in The Observer’s ‘A-Z of Laughter’ as one of the fifty funniest acts in British Comedy, and is best recognised for her portrayal of Ummi, in hit show The Kumars at No. 42.

Her first novel, Anita and Me was introduced to the school syllabus and has been adapted into a film of the same name. 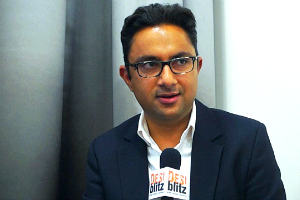 Sathnam has enjoyed both success as an award-winning journalist for The Times and a best-selling author of The Boy With The Topknot: A Memoir of Love, Secrets and Lies in Wolverhampton and Marriage Material.

Speaking to us about the importance of British Asian literature at the festival, the year before, Sathnam said:

“I do think that South Asians write about South Asian culture very well, and quite often and at quite a high level.”

You can view DESIblitz’s full highlights of the 2013 Birmingham Literature Festival here:

The award winning, Jackie Kay, is the first Black writer to have a play produced by Gay Sweatshop Theatre Group. Kay opened the festival on October 2nd with ‘Poems for National Poetry Day’, taking material from the newly launched collection, Poetry by Heart, featuring one of Jackie’s poems. 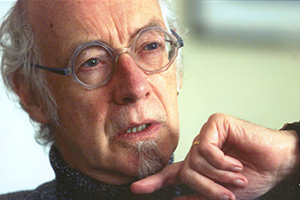 The latter will include readings of poems chosen by the audiences of the festival.

Radio 4 will also host ‘With Great Pleasure’, with Jonathan Coe. The event will feature poetry and prose read by actors, with commentary from Coe himself.

The award winning writer has enjoyed a successful career and has penned novels including, The Rotters’ Club, What a Carve Up! and the recently published Expo 58.

Screenwriter, Steven Knight will also be attending the festival. 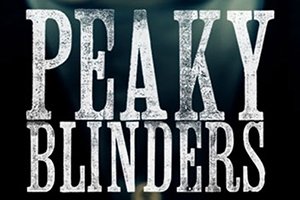 The creator of the British series, Peaky Blinders (set in 1919’s Small Heath, Birmingham) will hold a talk to discuss how he created the acclaimed show that has since been compared to US powerhouse, Boardwalk Empire.

Attendees can find Steven Knight at the Library of Birmingham’s Studio Hall on Monday 6th October.

On Wednesday 8th October, shortlisters for the 2014 Man Booker Prize will come together to talk to Ion Trewin, Literary Director of the competition.

First awarded in 1969, the prize has made huge steps this year, as it opens up to all authors writing in English, irrespective of nationality, as long as they are published in the UK.

Names shortlisted for the prestigious prize include Joshua Ferris (To Rise Again at a Decent), Richard Flanagan (The Narrow Road to the Deep), Karen Joy Fowler (We Are All Completely Beside), Howard Jacobson (J), Ali Smith (How to be Both) and British Asian writer, Neel Mukherjee (The Lives of Others).

The winner of the prize will be announced on Tuesday 14th October 2014.

The festival also has a number of events running throughout its 10-day stay. One such event, ‘One Page Wonders’ challenges writer, Rachel New to pen a new, one page story for every day of the event.

Along with watching the feat, audience members can also take part by dictating genre or ideas for inclusion. ‘One Page Wonders’ will run daily, from 12pm throughout the festival at the Book Rotunda, Library of Birmingham.

Comic book lovers can attend a Q&A with writer Garrie Fletcher and artist Anya Jung. The pair will collaborate to produce a new comic book, entitled Raven, throughout the ten day festival.

Held in the Foyer on Wednesday 8th October, the free Q&A session will be a chance for attendees to see how the pair are getting on.

The Birmingham Literature Festival will runs until Saturday 11th October at the Library Of Birmingham. For a full diary of events and to book tickets, please visit the festival website.

Zak is an English Language and Journalism graduate with a passion for writing. He is an avid gamer, football fan and music critic. His life motto is “Out of many, one people.”
Tamasha presents Sudha Bhuchar’s My Name Is…
Neel Mukherjee on Man Booker Prize 2014 Shortlist