An Indian IT student from the Varanasi district of Uttar Pradesh took his own life after he feared that he would get poor grades.

"the constant smiling, telling people that I am okay, even though I am not."

Indian IT student Mark Andrew Charles, aged 20, from Varanasi, Uttar Pradesh, committed suicide fearing that he would get “poor grades” and “failure to secure a job.”

He was a student at the Indian Institute of Technology in Hyderabad. Mark took his life on July 1, 2019, by hanging himself in his accommodation.

Deputy Superintendent of Police Sridhar Reddy said the student went to hostel room at about 11 pm.

After his friends did not see him on Tuesday, they became concerned and went to his room. The door was locked and they broke it down where they found his body.

Mr Charles was pursuing a Master’s Degree in Designing and had completed his final-year exams a few days before. He was preparing for his final presentation.

Police found a note in his diary, which stated that he may not get good grades and there was no future for “failures in the world.”

Police have said anxiety and depression may have been the reason for the suicide. It is the second suicide at the institution in 2019. In the note, he wrote:

“I don’t have a job, probably wouldn’t get one. No one hires a loser! It’s amazing to look at my grade sheet. A few more alphabets and it will look like an alphabet chart.

“I did have dreams, just like everyone. But now, it’s pretty empty. All this positivity, the constant smiling, telling people that I am okay, even though I am not.

“I never thought I would end up letting all of you down. Do not miss me. I don’t deserve it, I am not worthy.

“Just know that I love you all back just the way you did because that is what friends do right? And also I am not doing this because I am sad now.”

He also expressed regret to his parents for not making use of their sacrifices.

“Thank you for being the best parents. I am sorry I turned out to be such a waste.”

He also asked his parents not to bury him but to hand his body for medical use as he would “make a good specimen cadaver to the future doctors of India.” 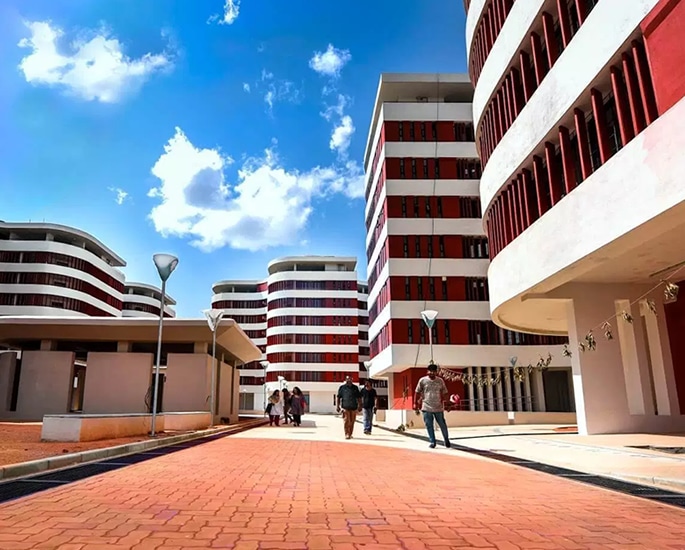 Upon hearing the news, the institute paid tribute to the Indian IT student. They stated:

“This is indeed an irreparable loss to the institute and the family. May his soul rest in peace.”

After reading what the student had written, some people took to social media. One user wrote:

“Constant pressure is killing many youths. Time to rethink our behaviour as a society.”

“It was a bad day as an editor. I choked up at work while reading Mark Andrew Charles’ suicide note. I was scared.”

Mr Charles’ family blamed the professors and claimed they had humiliated him. His mother, Nirmanya, said:

“He was full of positivity. He was bright and believed in himself. However, two years in this institute broke him.”

Despite the accusations, DSP Reddy explained that the deceased never mentioned anything negative about the institute. He said:

“They claimed that he complained about a few of the professors and narrated how he was humiliated for not being able to even handle a DSLR (camera). However, there is no proof.”

Police said that a case was registered and that Mr Charles’ body was taken to a hospital of an autopsy.

Dhiren is a journalism graduate with a passion for gaming, watching films and sports. He also enjoys cooking from time to time. His motto is to “Live life one day at a time.”
Man arrested for Rape before Boarding Plane to Pakistan
Pakistani In-Laws shoot Man for Marrying their Daughter