"There were times when it would just be easier to think about being with someone else."

Distance between two people can either make or break a relationship. For some, it might provide much needed space, but for others it can put pressure on the relationship itself.

Distance within the British Asian community is not an uncommon thing. For years the older generation, and some individuals from younger generations, have experienced the hardships of marrying people from abroad.

Most people don’t really think about the wait between the wedding and when their husband or wife is able to enter the country as a British citizen. It may be bearable at first, but distance can slowly start to loosen those strong ties. 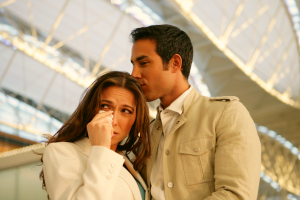 It becomes a waiting game for both of the people involved. It can become frustrating to try and live normal lives while an integral part of yourself is missing from the picture for a number of months.

Surely modern technology has made the waiting process that little bit easier. A few clicks away and we’re connected to someone on the other side of the world via Skype or FaceTime.

Although FaceTime, Facebook and other forms of social networking can be fun, they are certainly not ideal for pursuing serious relationships. At times lengthy chats or endless messages are just not sufficient for two people who are desperate to see one another.

Distance can cause earthquakes in well-established relationships too. Nowadays job opportunities can be scarce, especially in specific fields or professions and so partners may be required to work abroad for a period of time. The benefits of this new job might include a sufficient income but it may be at the cost of a relationship. 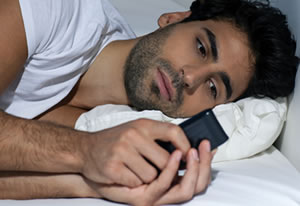 After all, it is difficult to juggle busy lifestyles and demanding relationships at once. In the end, you’ll probably find that one has to compromise: the job or the relationship?

Sara, a woman from the Midlands who has been married for over 20 years, told us about her experience of a long distance relationship:

“It was difficult to say the least. Communication would always be a problem for us and with children involved I knew it would never be easy. But sometimes you have to do things you don’t necessarily want to and hope for the best—I think!”

Relationships within the Asian community can be a struggle without adding distance to the mixture. Some British Asians pursue a relationship in secret, making communicating with a distant partner more frustrating and upsetting. But should distance and secrecy be the cause for pre-marital break ups?

We asked Harpreet about her relationship during university: “Distance didn’t become a problem until the point when my boyfriend had left university. We would spend everyday together and from then on it became routine,” she tells us.

“I would say distance made us argue quite frequently, whenever we would get the chance to speak we would end up arguing! It was frustrating and there were times where we would both give up.”

There are times when we know what we are getting ourselves into but go through with it anyway—dating over the internet has become a common way to meet potential love interests over the last couple of years. Once again, distance is a factor that is perhaps not obvious at first but becomes visible as the relationship progresses.

People sign up to on-line dating with expectations of meeting a compatible partner. Once they get to know a person and share interests, it most likely becomes a reason to turn this new on-line encounter into a fully functioning relationship.

But while dating websites may be a source for finding love they can distort our perception of ideal romance. Waiting for days, weeks or even months to meet the person at the other end can be a consequence of on-line dating. 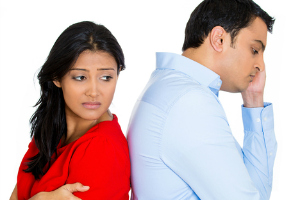 As well as deteriorating relationships, distance may push a person off the edge by engaging in an affair.

Surely, the last thing someone wants to do is hurt their partner but at times finding love and affection with another person seems like the only way of dealing with the situation. Once again the consequences of these actions only mean that the relationship has become weak.

Following on from her interview, Harpreet told us: “There were times when it would just be easier to think about being with someone else. But I knew there would be consequences of that too. There is always a limit to how much you can tolerate, so as much as you can try it’s best to not go beyond that.”

For most of us distance is not optional and sometimes we may have to go with the flow, put on a happy face and pretend that everything will be just fine. This is where the problem lies – communication is a key ingredient to successful long distance relationships.

If you stop communicating and avoid telling your partner how feel then you know you’re heading towards a dead end in your relationship, regardless of distance. If a relationship is worth pursuing, then surely it is worth rescuing through hard times – nobody said it would be easy all the time!

Jinal is studying English with Creative Writing at the University of Birmingham. She enjoys spending time with friends and family. She has a passion for writing and aspires to be an editor in the near future. Her motto is ‘It’s impossible to fail, as long as you never quit.’
Top 5 Pakistani Male Models
Why Reflexology is Good for you