King Charles III has been officially proclaimed as the new monarch in a historic Accession Council, being televised for the first time.

"we give thanks for this most faithful life.”

King Charles III has been proclaimed as the new monarch in a historic Accession Council.

The 73-year-old automatically assumed the title when Queen Elizabeth II passed away on September 8, 2022, but the proclamation is a ceremonial one.

For the first time in history, it was televised.

The proclamation confirming Charles as King was signed by members of the Privy Council including the new Prince of Wales, Camilla, the Queen Consort, Lord President of the Council Penny Mordaunt, Prime Minister Liz Truss and the Archbishop of Canterbury Justin Welby. 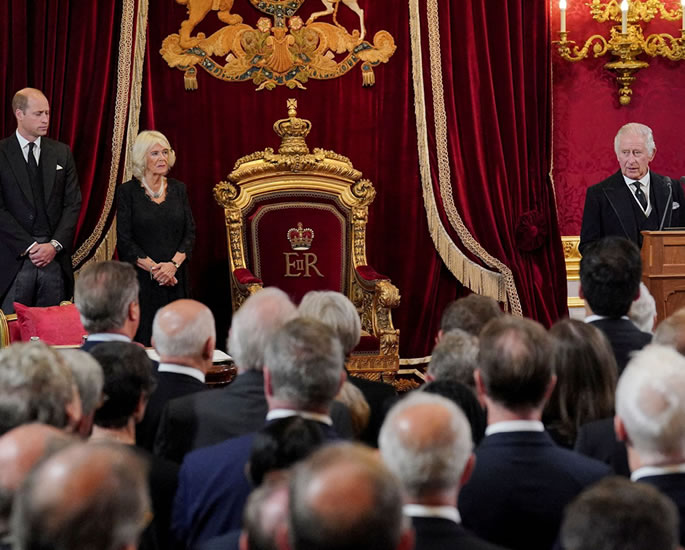 In addition to Charles being officially named King, new royal titles have been unveiled for William and Kate, who are now the Prince and Princess of Wales.

Afterwards, Charles addressed the Privy Council for the first time as King where he paid tribute to his mother.

He said: “My lords, ladies and gentlemen, it is my most sorrowful duty to announce to you the death of my beloved mother the Queen.

“I know how deeply you, the entire nation, and I think I may say the whole world, sympathise with me in the irreparable loss we’ve all suffered.

“It is the greatest consolation to me to know the sympathy expressed by so many to my sister and brothers.

“And that such overwhelming affection and support should be extended to our whole family in our loss.

“To all of us as a family as to this kingdom, and the wider family of nations of which it is a part, my mother gave an example of lifelong love and of selfless service.

“My mother’s reign was unequalled in its duration, its dedication and its devotion.

“Even as we grieve, we give thanks for this most faithful life.”

A 21-gun salute was fired at Hillsborough Castle to mark the formal proclamation of the new King.

The Garter King of Arms then proclaimed ‘God Save The King’, and the State Trumpeters sound the Royal Salute. 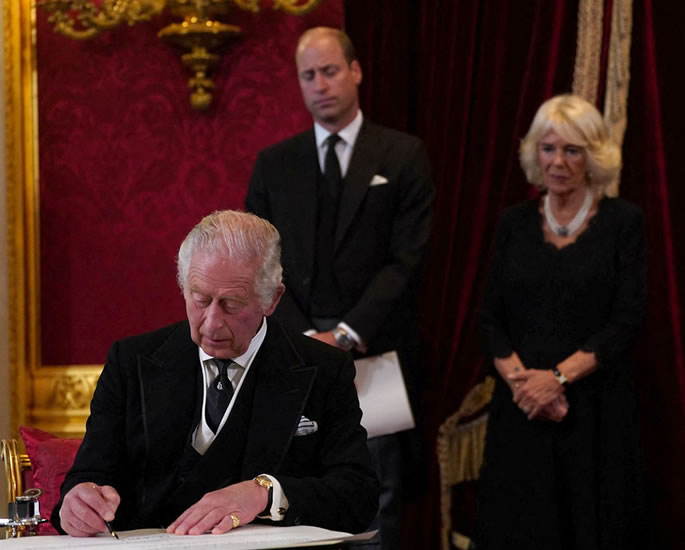 Afterwards, the National Anthem was played.

The Garter King of Arms declared: “Three cheers for His Majesty the King. Hip-Hip…” three times.

Following The Proclamation at St James’ Palace, a second one was also read in London.

Further ones will be read at noon on September 11, 2022, in Scotland, Northern Ireland and Wales.

King Charles III returned to Buckingham Palace after he was officially confirmed as monarch.

The King was met with cheers from the crowd as thousands of well-wishers welcomed him.

Dhiren is a journalism graduate with a passion for gaming, watching films and sports. He also enjoys cooking from time to time. His motto is to “Live life one day at a time.”
Millionaire to build ‘Golden Tower’ in Manchester
Indian Woman weds Bangladeshi Partner in Same-Sex Marriage