A millionaire entrepreneur has set his sights on building a golden tower, in what could become one of Manchester’s most iconic buildings.

“The fashion side of the business has been mega successful"

A millionaire entrepreneur is to build a golden tower in Manchester.

Whilst a teenager, Faizal Atcha launched Lawung, which is an Arabian style wear brand. The brand is now sold in 29 countries, including the USA.

Lawung is one of the top names in men’s Islamic fashion. It also has a range for women and children.

Whilst primarily involved in the textile and fashion business, the LW Group, which manages the brand, has expanded into property, medical supplies and asset management.

Faizal grew up in Preston and recalls working and studying to get his ideas off the ground.

The 39-year-old said: “I still remember balancing my studies and coming up with exclusive designs for the thobes.

“It was something I was very passionate about at the time.

“Things just seem to take off as demand for the new style Islamic wear were something young people, in particular, were interested in.

“It was new and fresh and in this business, you have to stay abreast of all the changes.

“The designs are manufactured at our own site in China, which employs over 300 people and these are then shipped across the world.

“The fashion side of the business has been mega successful and gone beyond what I had thought it would be.

“Our main business is still the textiles and it continues to grow each year. In recent years we have seen a 47 per cent increase in profits due to the demand for trendy and fashionable Islamic wear.”

In 2009, Faizal was named Entrepreneur of the Year as part of Blackburn’s Fusion Awards.

At the time, his business was looking to expand to the Middle East.

While other brands were importing Islamic fashion from abroad, Faizal became one of the first people looking to export his designs into the Middle East from the UK.

He now plans to build a £20 million ‘Golden Tower’ in the Piccadilly district of Manchester, opposite the train station and near Property Alliance Group’s Oxygen Tower. 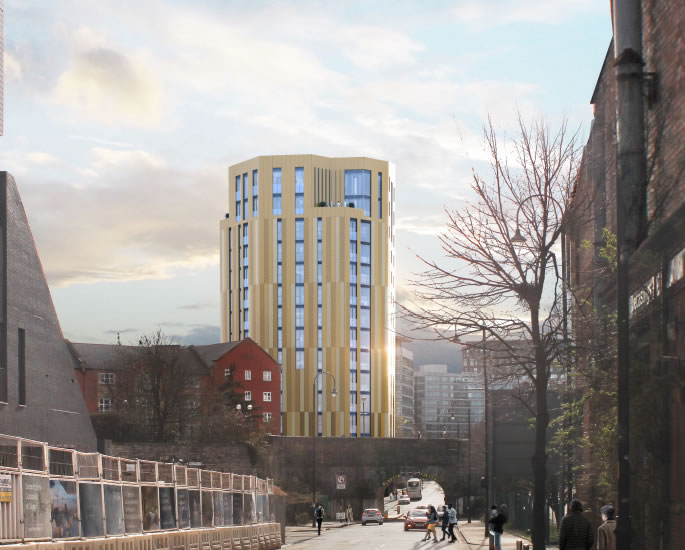 The land has been cleared and is ready to be built on.

Faizal said: “We have plans to build the tower in the coming year and it is going to be something quite unique and different for the skyline of the city.

“The building will be 15 storeys high and will include luxury apartments, each one with dual aspect views of the city.”

“There will also be a triplex apartment with a roof terrace.”

Faizal also has plans to develop 300 apartments in Rochdale and previously collaborated with Amir Khan as he looked to develop the land behind his wedding hall in Bolton.

Faizal is based in Preston but he also has offices in Spinningfields and Mount Street in Manchester.

The millionaire has a passion for cars, owning a Ferrari, a McLaren and a Lamborghini among others.

He also revealed he has a great love for horses.

Faizal said: “Supercars are something I have always loved and I do like to drive the latest car on the market.”

But he advises up-and-coming entrepreneurs to be original.

He added: “Within the Asian community we have the tendency to quickly fabricate and jump onboard others road to success.

“I’m all about innovation, if you have an innovative idea that is niche then definitely move forward and pursue.

“Hard work always pays off and these days it’s all about portraying the right image on socials too and be honest and fair with work and build good networks.

“You are only as good as your network and always be good to people whilst you are climbing the ladder of success.”