A jiu-jitsu practitioner who lost 7kg in weight and 10 per cent of his body mass has shared the secrets of his transformation.

"This combination complemented each other brilliantly."

The 29-year-old tried to get into weightlifting but years of inexperienced workouts resulted in his weight gradually increasing.

This affected his jiu-jitsu sessions as Rizwan was unable to go for as many rounds.

He said: “I was feeling tired.

“I was much more energetic before, and I wanted to feel confident again.”

Members of Rizwan’s family had also dealt with health-related issues, giving him even more motivation to get serious about self-care.

“As I was approaching my 30s, I wanted to make a change to set my path early for the life I wanted to lead.

“So, I signed up with Ultimate Performance’s (UP) Leeds gym.”

With the help of his personal trainer, Rizwan began strength and resistance training three days a week.

He also incorporated a few evening Brazilian jiu-jitsu sessions throughout the week.

“This combination complemented each other brilliantly.

“I was really reaping the benefits in both areas continuously.”

“When I started, I was not confident that any workout or plan would work – or even whether or not I was physically capable of getting my body to that level.

“Most sessions, I would pick his brain in between sets, and try to get as much information as I could as it relates to exercise, diet, mentality, and my approach to training.”

Rizwan also changed his diet. Since joining UP, he has tracked everything he has eaten.

“I began to understand what the nutritional information on a packet meant and what I should be looking for to achieve the goals I wanted.

“This awareness meant that I was now seeking food that was lower calories but had high protein content.” 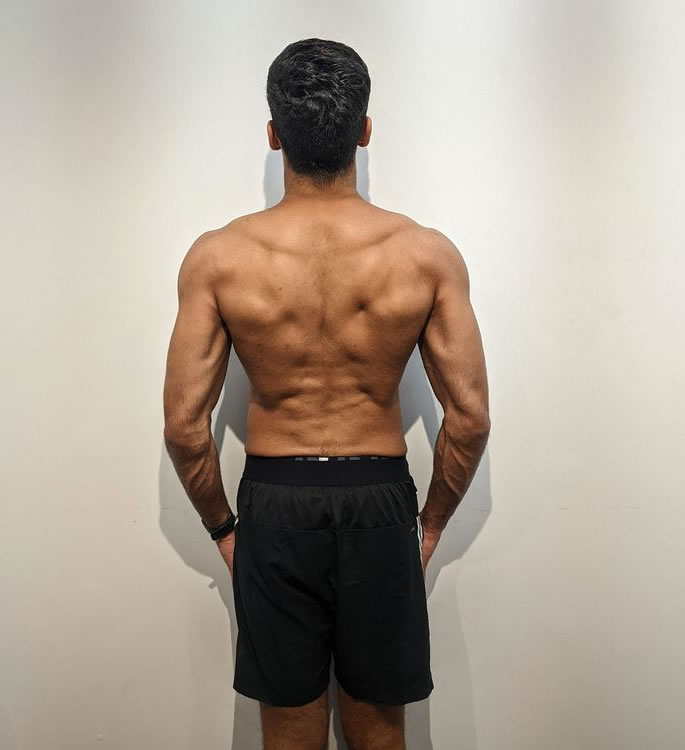 For some foods, Rizwan found it easy to swap in healthier alternatives, but for others, he found it harder.

For example, removing carbs like bread and rice was tough for him. His trainer would often reiterate that it was only for a brief period of time to help him achieve his weight loss goals.

This mindset helped Khan avoid developing a toxic relationship with his food and allowed him to still enjoy eating.

“I learned about the concept of calories in versus calories out which may seem obvious but I was never really taught what that meant in practice.

“He set a calorie target and parameters around what I should and should not be eating.”

During Ramadan, Rizwan also had to incorporate daily fasting into his workouts.

He initially found it difficult but his trainer helped him find the right schedule that helped him stay active during Ramadan.

“We adapted the dietary needs but remained true to the principles of a protein-centred calorie-controlled diet.”

“We upped protein intake even further and we incorporated some carbs to help provide energy and sustain me throughout the day.”

In less than six months, Rizwan lost approximately seven kilograms and half his body fat from 18.9% to 9.1%.

Rizwan said: “I feel much more confident in my appearance.

“I feel much more energetic and keen to maintain what I have achieved – getting over that hump is always difficult and now having gotten over it, it feels much more positive.”

Rizwan advised those starting their own transformation to prioritise diet.

“These are the kinds of questions we should know. What we ultimately put into our body is the output we get. You cannot out train a bad diet.”

Dhiren is a journalism graduate with a passion for gaming, watching films and sports. He also enjoys cooking from time to time. His motto is to “Live life one day at a time.”
8 Bollywood Celebrity Hairstylists to Follow on Instagram
Nargis Fakhri opens up on Fitness Routine