A vegetarian Indian restaurant in Manchester has launched the Grand Thali meal, a seven-kilogram eating challenge.

A 7kg eating challenge has been launched at Lily’s Vegetarian Indian Cuisine in Ashton, Greater Manchester.

Called the Grand Thali and costing £35, diners have one hour to finish the 24-inch platter. This includes lassi and desserts.

Parul Chauhan, one of the restaurant managers, said:

“We just wanted to bring a bit more excitement and something different.

“When we opened here in 2018 we used to do the unlimited thali on a Thursday, the staff would come out and serve you as many times as you wanted.

“But with everything that is happening at the moment that has stopped.

“A lot of people have commented that they want to accept the challenge, do their very best and get to taste all the different foods we do – which they don’t always have.” 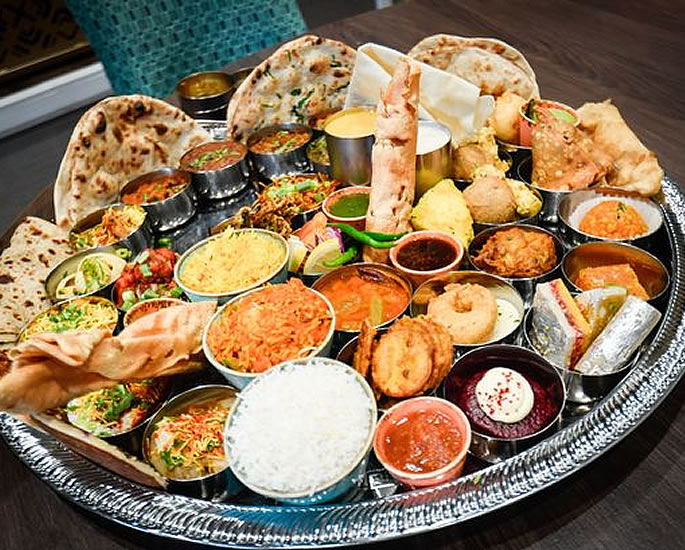 Lily has been known for vegetarian Indian food, with the popular business moving to a new restaurant in 2018.

Tom Eastham decided to take on the huge eating challenge.

“We spotted it on Facebook, and it just seemed like Man vs Food – it’s not really a thing in England so it’s probably the only chance I’ll get to do it.

“I just wanted to do it once – I’m not going to make a habit out of it. It’s just another thing to say you have done.

“I can eat a lot of food, but usually I’m hiding that fact. I think I’ll do better than the first two people – that’s my personal goal.”

His effort came the day after the first two contestants failed to complete the challenge.

It also features samosas, vadas, chaats, naans and puris as well as desserts and a glass of lassi.

Parul continued: “Over the last couple of years we have seen a lot more demand for vegan food, and we’ve introduced a lot more vegan options.

“Our food has always been vegetarian anyway, and for us vegan has been a normal thing, most of the south Indian varieties are vegan.

“So for us it’s normal, but now people are understanding it more, they are asking for it more, and we are lucky we can offer it to them.” 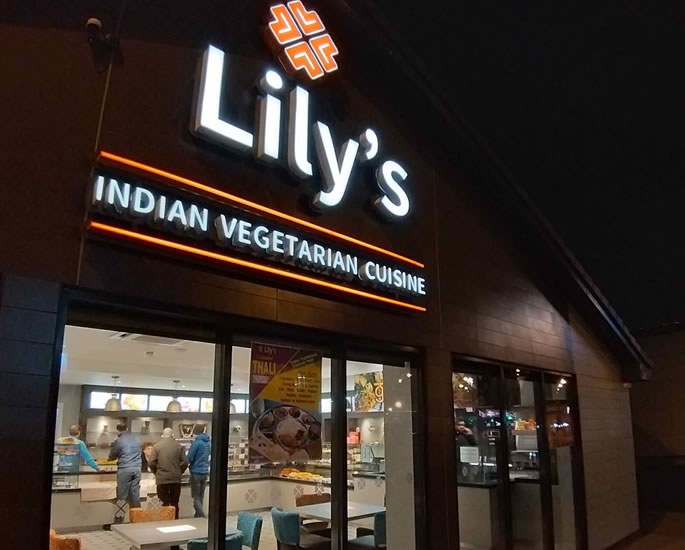 The massive dish requires two chefs to carry it.

Despite Tom’s efforts, he soon realises that the eating challenge is too much.

He said: “I’m pleased with how much I got through – that’s what I wanted to achieve.

“If I did it again I’d try to speed up my metabolism maybe – go to the gym every day for six weeks before or something.”

Dhiren is a journalism graduate with a passion for gaming, watching films and sports. He also enjoys cooking from time to time. His motto is to “Live life one day at a time.”
7 Best Indian-inspired Breakfasts to Make
5 Best Indian Fish Recipes for Dinner