Pakistani actress Javeria Abbasi celebrated her daughter’s birthday, but they were trolled for their outfits, saying they were “skimpy”.

"Dude, everybody's getting nude these days."

Pakistani actress Javeria Abbasi and her daughter Anzela were trolled, with some of the haters calling their outfits “skimpy”.

A small birthday party was held to mark the occasion.

Javeria captioned the post: “Happy birthday to the most beautiful baby girl in the world… I love you my hassena.”

But a lot of attention was on their outfits.

Javeria sported a beige shirt and trouser combo while Anzela opted for an all-black attire.

She wore baggy jeans and a jacket that was draped off one shoulder. Anzela also wore a sleeveless crop top that showed off her midriff. 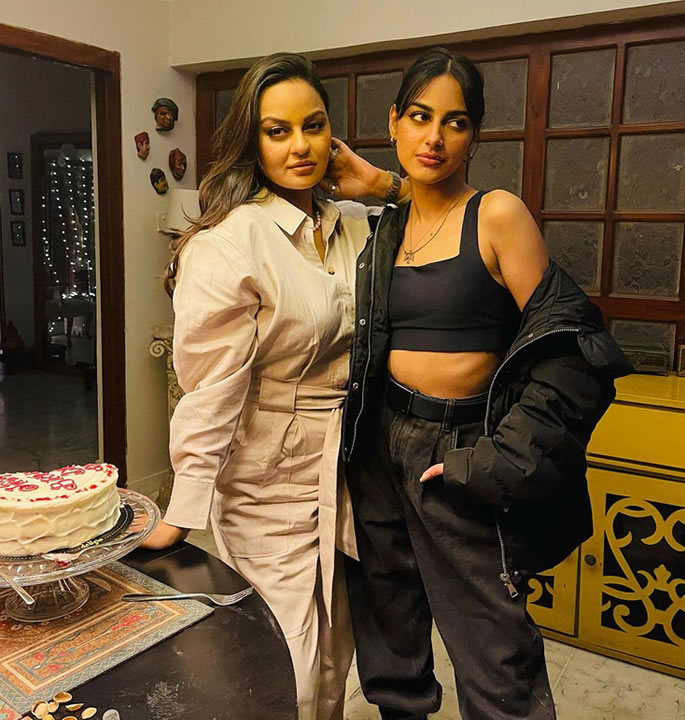 While many wished Anzela a happy birthday, others were critical of the pair’s outfits, especially Anzela.

One person asked: “What’s wrong with her shirt? Looks like she’s forgotten half of it.”

Another said: “Get her some clothes to gift her please.”

A person said: “What kind of outfits are these?”

One comment read: “Dude, everybody’s getting nude these days.”

On Javeria’s outfit, the same user said: “It looks like a sack that has been tied up.”

One user expressed their anger at Javeria for posting such pictures, posting:

Another believed the mother and daughter had been drinking.

“Both are looking intoxicated.” 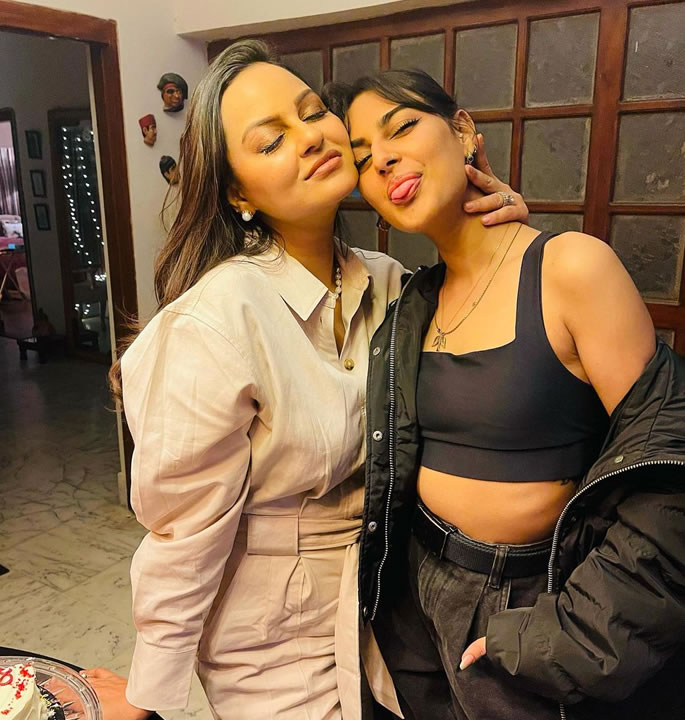 While they were several people who expressed their hate for their outfits, others loved their looks.

Many took to the comments section to post love heart and fire emojis.

One fan commented: “These are some smoking hot pictures.”

“Beautiful and modern mother and daughter. We love you both, please keep it up.”

While the birthday pictures grabbed a lot of attention, this is not the first time Javeria Abbasi has hit the headlines.

In May 2021, she opened up about how her ex-husband Shamoon Abbasi turned out to be her step-brother.

On Nida Yasir’s Good Morning Pakistan, the host pointed out that Javeria’s ex-husband, Shamoon Abbasi, is also her step-brother.

On the talk show, Nida said: “Javeria’s mother and Shamoon’s father married each other.”

Javeria added: “People often get confused by this story, so I don’t want to create any confusion.”

She explained that they share a different set of parents, but the rest of their siblings share the same parents.

Javeria continued: “People get really confused whether Anoushey Abbasi is my sister or Shamoon’s. She’s actually a sister to both of us.”

Javeria went on to explain how she decided to marry Shamoon in the first place, revealing that he was the first man in her life.

“He was the first man so I thought I’d just hold onto him.

“We had a scattered family, and so the idea was to bring the whole family together.

“We could all live together and share a house and a family, so it was a good idea and it worked.”

Dhiren is a journalism graduate with a passion for gaming, watching films and sports. He also enjoys cooking from time to time. His motto is to “Live life one day at a time.”
Why did Priyanka Chopra use a Surrogate?
Ahan Shetty to Marry Tania Shroff in 2022?