Tara Arts has been firmly at the forefront of British Asian theatre. DESIblitz puts the spotlight on its Artistic Director, Jatinder Verma to find out more.

"What we were thinking was, how do you challenge this racism? And what struck us was to get a public voice."

Jatinder Verma is described as a pioneer of the Asian theatre scene thanks to his ongoing commitment to British Asian theatre.

Born in Kenya to Indian parents, Verma moved to Britain in 1968, the year the Commonwealth Immigration Act was amended.

This enabled members of commonwealth nations such as Kenya, India and Pakistan to move to the United Kingdom.

Upon his arrival, he witnessed social disparity and severe racism culminating in rioting within communities.

In 1977, Verma founded Tara Arts, which has remained at the forefront of cutting edge, cross-cultural theatre since its inception.

DESIblitz caught up with Jatinder to discuss more about Tara Arts, his inspiration for setting up the company and more.

Speaking about the theatre itself, Verma tells us: “We’re literally on the high street, what’s fascinating is that when you walk into the foyer and even though people come quite regularly, they all get surprised because theres a theatre here. 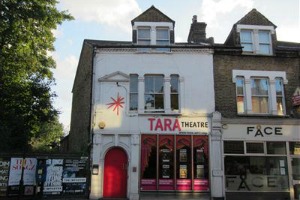 “I love it, because no-one expects a theatre to be literally on the high street.”

We then asked Mr Verma about the inspiration behind Tara Arts: “What really struck home to me was in 1976 when Gurdip Singh Chagger was killed in Southall.

“For all of us it was a sense of a young life being killed because of the colour of their skin.

“That’s what really inspired Tara. What we were thinking of was, how do you challenge this racism? And what struck us at the time was that perhaps one of the ways was to get a public voice.”

Verma then revealed the reason behind selecting theatre as the outlet for that:

“We chose theatre because between the three of us who formed the company, I was the only one who’d done any theatre, in school here and at odd times at University and before in Africa.” 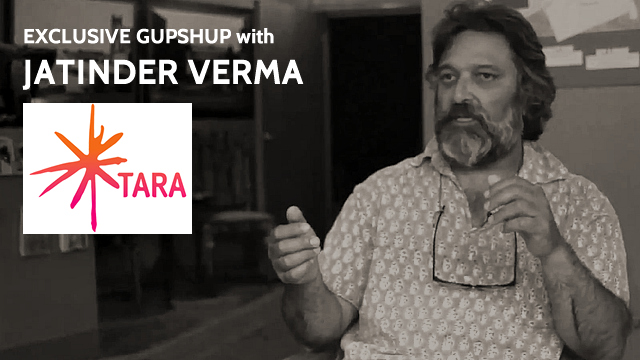 Its debut production, Sacrifice (1997), was penned by Nobel Prize-winning, Indian playwright, Rabindranath Tagore and was performed at the Battersea Arts Centre in London.

Speaking about the play, Mr Verma said: “Sacrifice was a protest against the first world war, so we decided to use that play and actually to adapt it to talk much more about being here.

“We were also wanting to make a political and artistic statement; we’re here and English is our language and we can bend it to suit what we want.”

Verma’s work to combat the social inequality suffered by immigrant communities throughout the 1970s and beyond, has helped pave the way for young British Asian performing artists today.

When reflecting upon the challenges they have faced in establishing the UK’s first British Asian theatre company, Verma states:

“Our biggest challenge then and now, is our own community. The Arts is more than just about being a major star, it’s about exploring yourself and that requires support.

“For me, that’s always been the most difficult thing, to get people within our own community to understand.” 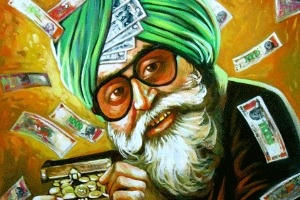 Tara has gone from strength to strength, having staged productions for almost 40 years.

One of their popular plays was Kanjoos (2013), meaning miser in Hindi and was co-produced by Verma and Hardeep Singh Kohli.

In 2007, their hub in Garratt Lane, Earlsfield became a full theatre venue and is currently undergoing further renovation to create space for an additional 50 seats (making it a 100-seat capacity), a new rehearsal area, flexible space for performances and making the venue fully accessible to the public.

Tara aims to present theatre reflecting a fusion of East and West and to support new generations of performance artists.

Speaking more on why he chose theatre as his preferred creative outlet, Verma says: “Because theatre is live. That’s the real magic of it.”

After achieving such success in the theatre scene, Verma knows there is no other profession he would rather do: 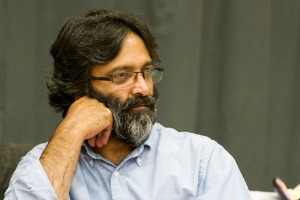 With a constantly evolving landscape, theatre is important in offering communities a voice, which they may otherwise struggle to find.

The enthusiasm Jatinder Verma exhibits is a clear sign of his passion and desire to continue to bring theatre to local and global audiences. He adds:

“For me this is all of life, I’m extremely fortunate that with each show, I’m part of a new family of actors, designers, stage managers and so-forth. Also with each show I get this chance to imagine what a world could be.”

They will continue to pave the way for current and future generations of British Asian performers and be a voice for the British Asian community.

Bianca is a keen writer and is passionate about food, history, culture and politics. She is fond of humour and believes it to be a vital tool in overcoming life's challenges. Her motto is: 'A day without laughter is a day wasted.'
Rudhramoorthy Cheran ~ A Brave Tamil Poet
Top 5 Fireworks for Diwali