Dr. Rudhramoorthy Cheran is a renowned Tamil poet. In an exclusive Gupshup with DESIblitz, he discusses how growing up in Sri Lanka influenced his writing and poetry, as well as the importance of unoppressed artistic freedom.

"Because of the horrible, traumatic experiences, whatever I start to write it always eventually talks about the pain."

Dr. Rudhramoorthy Cheran is known as one of the most talented and influential Tamil poets of today.

Born in Jaffna, Northern Sri Lanka, growing up through a Civil War and witnessing State Terrorism on a mass scale, it is no surprise that these past events are woven consistently throughout his poetry.

Even his most recent work remains to engage in the freedom and preservation of artistic right and creative expression.

A focus on ethnicity, identity and international development are all valuably important themes to Cheran. 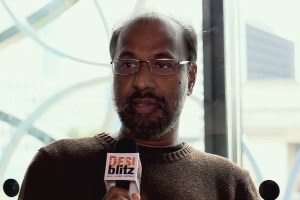 Beginning his creative career by writing street plays and poetry, Cheran progressed into political journalism and continued to write poems as well.

In an exclusive Gupshup with DESIblitz, Cheran explains:

“For anyone that reads my poems from 1980 all the way up until May 2009, they can see a history of Tamil people and of National oppression. It’s very significantly weaved into my poetry.”

The burning of the Jaffna Public Library in 1981 by Sri Lankan state forces acted as the catalyst from which his moving poems formed. This act of needless devastation destroyed 95,000 books, many of which were irreplaceable.

It is important to note in detail the history of Sri Lanka’s oppression when regarding Cheran’s work. The island gained its independence in 1948 after the British handed power over to the Sinhalese population, as they were the majority of the three Kingdoms.

The Sinhalese enacted anti-Tamil laws, leaving them with no right to vote, no access to higher education and destroyed their settlements, pushing the Tamils out of the land. 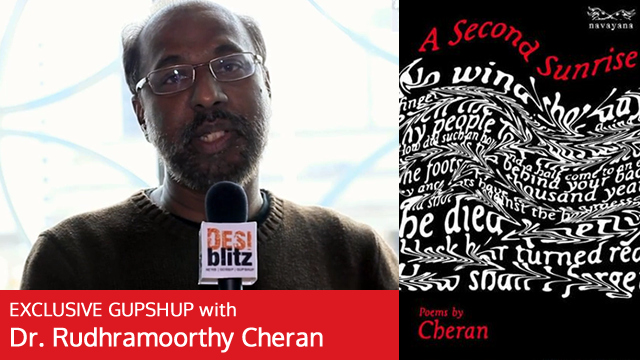 We have all gone away;
there is no one to tell our story.
Now there is left
Only a great land wounded.
No bird may fly over it
until our return.


Massacres ensued on Tamil people, resulting in thousands of deaths. Cheran refused to align with any active militant groups and therefore became subject to harassment by both sides, forcing him to leave his home country on two occasions.

The only tool of retaliation he chose was through his writing, and he recalls: “The trauma, the pain, the suffering, the blood, the tears.” 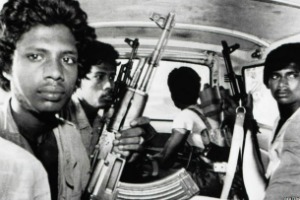 Tamil people started to fight back against the Sinhalese and against the interventions from the army and police by creating groups such as the LTTE. This backlash resulted in ‘BlackJuly 83’ where thousands of Tamils were shot, hacked and burned to death on the streets.

Women were raped, and houses and shops were set alight, spreading a plague of horror across Sri Lanka. This devastation all stemmed from a fight to regain the rights and independence of Tamils.

Cheran’s anthology, The Second Sunrise, of which he gave us a brief reading during our DESIblitz interview, involves a variety of his most poignant poetry.

He states that he has two first languages, English and Tamil and writes in both: “I started writing in Tamil and I still write poetry in Tamil, but I have written a couple of plays in English,” he tells us.

“English has become my academic language for a very long time. If I only spoke Tamil, I could be a great poet, but no one would listen to me.”

Despite Sinhalese being adopted as Sri Lanka’s official language throughout the brutal colonisation over Jaffna, Tamil is considered one of the longest surviving classical languages in the world today. Tamil people originate and still belong to Southern India and North-East Sri-Lanka.

Cheran was advised to leave Jaffna whilst working as a journalist and moved to the Netherlands in 1987, furthering his studies.

He returned to Colombo and helped to start the Tamil newspaper ‘Sarinihar’ started by ‘The Movement For Inter-Racial Justice and Equality’, only to be asked to leave once again. In 1993, he left for Toronto and earned his PhD. 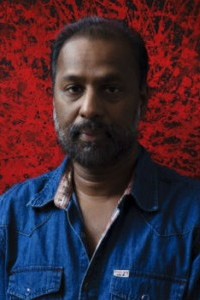 Today Cheran has rightly earned the position of Associate Professor in the Department of Sociology at the University of Windsor, Canada.

He is currently active in student politics, remaining to use peaceful means to convey his views as opposed to the violent destruction that he talks of in his emotive pieces.

He continues to write poetry and to contribute to literacy and political journals. Cheran hopes to publish more poems in the future along with a play that revolves around a currently prevalent issue of poverty:

“I am working on a play that deals with those often referred to as ‘the war people’, hundreds and thousands of people in Sri Lanka and Africa. The play revolves around their issues and their life.”

Cheran was witness to a great deal of trauma and bloodshed throughout his upbringing all of which only recently came to an end in 2009, explaining that: “Because of the horrible, traumatic experiences, whatever I start to write it always eventually talks about the pain.”

His dedication to a life of racial harmony has helped to blossom some of the most beautiful heart-breaking poetry. His work continues to inspire and inform people across the world, by taking an awful series of events and turning them into something creative.

Laura is an avid writer with a particular interest in writing from a feminist perspective regarding a variety of social and cultural issues. Her passion lies within journalism. Her motto is: “If there's no chocolate then what is the point?”
Neel Mukherjee on Man Booker Prize 2014 Shortlist
Jatinder Verma ~ Godfather of British Asian Theatre