The Southern Brave cricket team won the 2021 men’s title. The namesake women’s team was not so lucky. We highlight The Hundred Finals Day.

"I thought in all three assets, they were better than us."

Ireland’s international cricketer Paul Stirling was the star for the Southern side. He hit sixty-0ne runs in the Brave’s 168 from 100 balls.

The final attendance for the men’s final was a staggering 24, 556.

The Oval Invincibles, Marizanne Kapp bagging 4-9 saw the Southern Brave side on the receiving end in the women’s event.

Batting first the Invincibles made 121-6 off 100 balls. With the Southern team being dismissed for seventy-three, the Invincibles went on to claim the first-ever women’s title of ‘The Hundred’ event.

The 17,116 attendance for the ladies’ final was a new domestic record for women’s cricket. 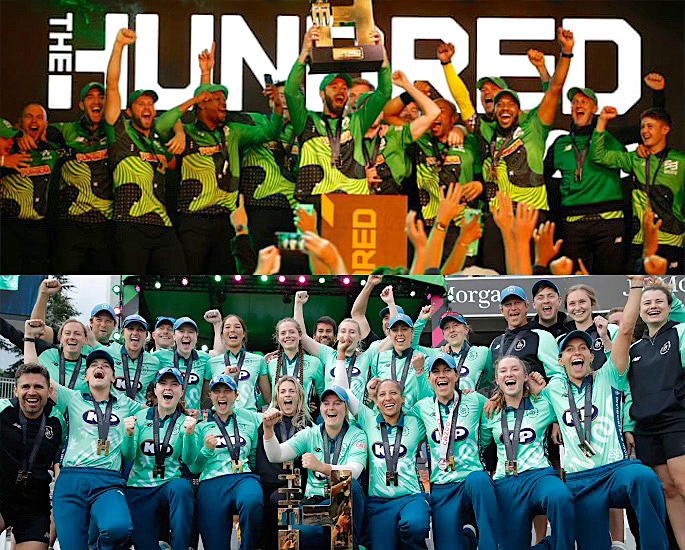 The exciting new format saw more than 11,500 balls being bowled across the men’s and women’s competitions since July 21, 2021.

In the final, every ball was going to be very significant, with teams aiming to become champions of the first edition.

We comprehensively round up the men’s final, along with highlighting the women’s event. 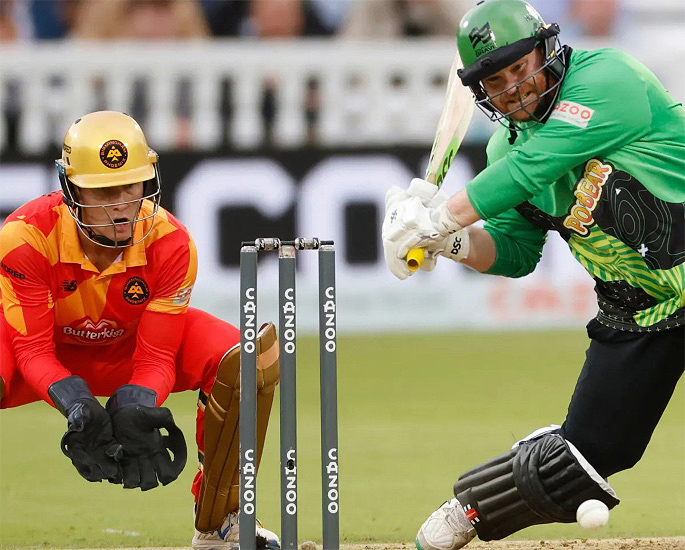 Moeen was quite busy early on, bringing in the entertainer and attacking bowler Tahir to the fold.

Milne on the other side was mind-blowing, only conceding three runs off his 15 balls in the powerplay.

Brave were only able to score twenty-five in the powerplay. It was either sixes or dot balls at the beginning for the Brave side.

Even though Irishman Paul Stirling was dangerous, Southern captain James Vince (4) was next to go with Tahir hitting his timber.

As the ball went through the gate, Tahir quickly went running to celebrate.

On the other end, Stirling kept going on, with some terrific shots. Despite a threat of rain, the day got brighter, as the floodlights began lighting up.

Stirling brought his fifty, with a towering six off Tahir. It was a fantastic knock to reach his half-century.

However, Stirling (61) was out to a soft dismissal soon after,  caught behind by Chris Benjamin off a wide slower ball from right-arm medium-fast bowler Benny Howell.

Phoenix had another, following a little cameo from Australian Tim David (15) who represents Singapore in international cricket.

David Bedingham took a difficult catch at short-third man of David from a wide ball by versatile spinner Liam Livingstone. 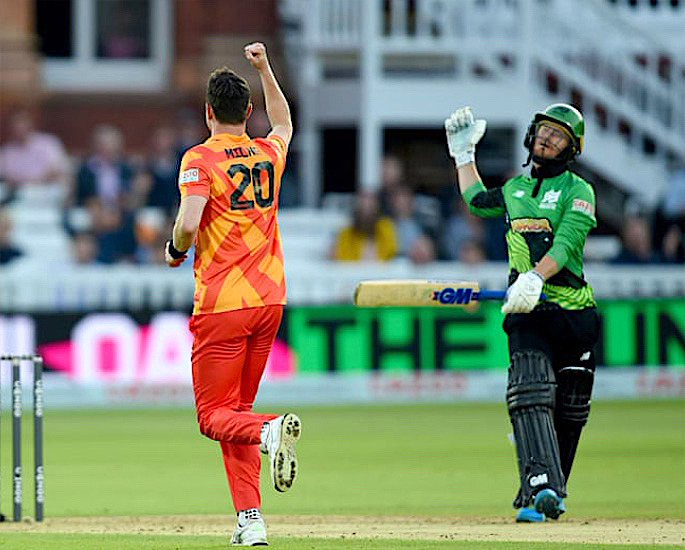 Ross Whitely and Alex Davies (27) had a good partnership before the latter was out. A scooping glance from Davies went straight to Tahir at short-third man off Milne.

Whitely played a gem of a knock, remaining not out on 44 off 19 balls. He hit two 6s and one 4 in the final few deliveries of their innings.

Southern made 168-5 off their hundred balls. Milne was heavily in the mix, picking 2-8 from his eight balls. 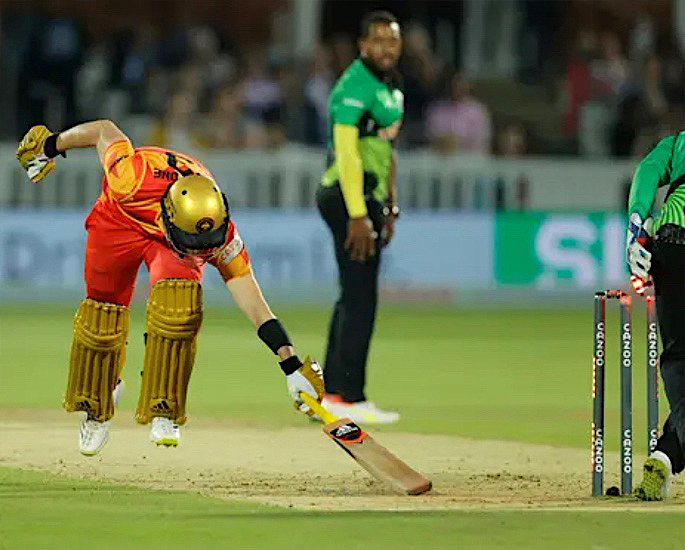 Chasing 169, Phoenix got off to the worst possible start, losing their first wicket off the second ball.

It was soon two down for the Phoenix, as Will Smeed (2) spooned it to Alex Davies in the ring off Craig Overton.

Liam Livingstone came in to join skipper Moeen Ali on the crease with so much to do. Livingstone quickly hit back-to-back sixes off the 23rd and 24th balls to show his intent.

One of his sixes went in the direction of the Hospitality stand. The Birmingham side were 28-2 after their respective powerplay.

However, with Livingstone in full flow, smashing the ball to all parts of the park, he was horrendously run out for fourty-six off 19 balls.

It was a remarkable throw from Tim David. What a moment! Was this the game for the Brave team?

It was now left for Moeen to do the job. But at the other end, Garton pulled off a spectacular catch of Miles Hammond (3) in the deep-off Tymal Mills.

The presence of Moeen became even more vital, but his stay also came to a premature end.

Moeen trying to take on left-arm wrist spinner Jake Lintott was caught at long-on by Overton. Moeen tried but his thirty-six off 30 balls was not enough.

By this point, it was ominous for Phoenix. Despite, losing no further wickets, the Birmingham team fell well short by thirty-two runs. 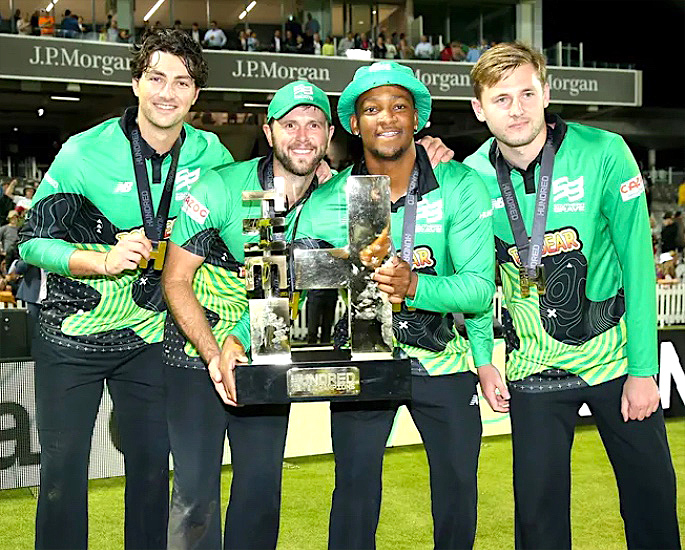 Hence, the Southern Brave men’s team became champions for the first edition of ‘The Hundred.’

Moeen was sad but also gracious in defeat, acknowledging the winning side when conversing with a journalist inside the Lord’s media centre.:

“Obviously disappointed to lose, but I thought the better team won. I thought in all three assets, they were better than us. We did not have a lot go our way.

“They caught some fantastic catches. Run out of Livy was massive. These things happen, someone has got to lose.”

During the post-match ceremony, a delighted, James Vince spoke about the secret behind their triumph:

“I think the squad has gelled together well in a short period of time and that’s been a key to our success.”

Paul Stirling who was rightly the man of the match also went on to describe the win as a “brilliant team performance.”

Livingstone had to settle for second prize, receiving the player of the series award. 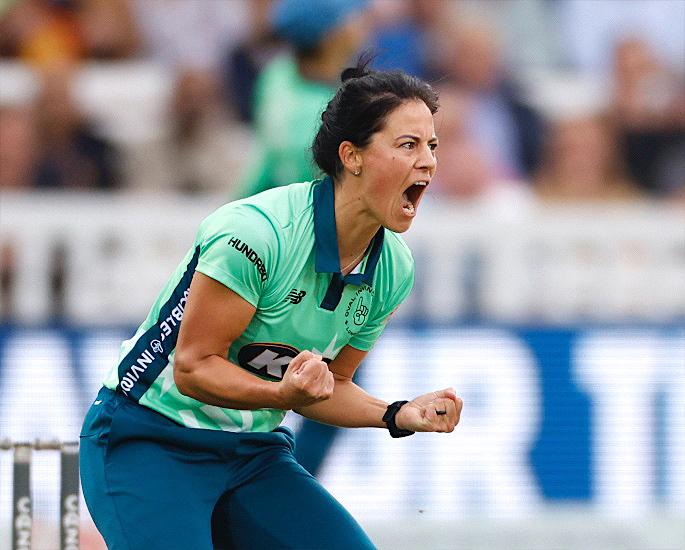 Earlier in the day, the Oval Invincibles beat Southern Brave in a one-sided affair by fourty-eight runs. Marizanne Kamp was the star for the Invincibles with both bat and ball.

On a cloudy late afternoon, with a slippery and wet outfield, the women’s match was the first of The Hundred Finals Day.

Both teams went with the same side, with South African International Shabnam Ismail being the desi face representing the Invincibles.

After Invincibles lost the early wicket of Georgia Adams (4), Dane van Niekerk and Fan Wilson (25) made a steady partnership.

The Invincibles also had a great end to their innings. Twenty-Six off 14 balls from Marizanne Kamp gave impetus to the Invincibles innings.

The average score at Lord’s was 126. With Invincibles 121-6 on the board, the match was in the balance at the halfway stage.

Right-arm medium bowler Shrubshole was effective with the ball at the start, taking 2-16 from her twenty deliveries.

In reply, the Southern Brave side were unable to recover from 3-2. Danni Wyatt, Gabby Lewis, and Sophia Dunkley were all out for a golden duck.

Kapp did the early damage, taking the first three wickets.

Stafanie Taylor (18) and Frithy Mary Kie Morris (23) were the only two who made somewhat of a contribution. But in the context of the game, it was too little too late. 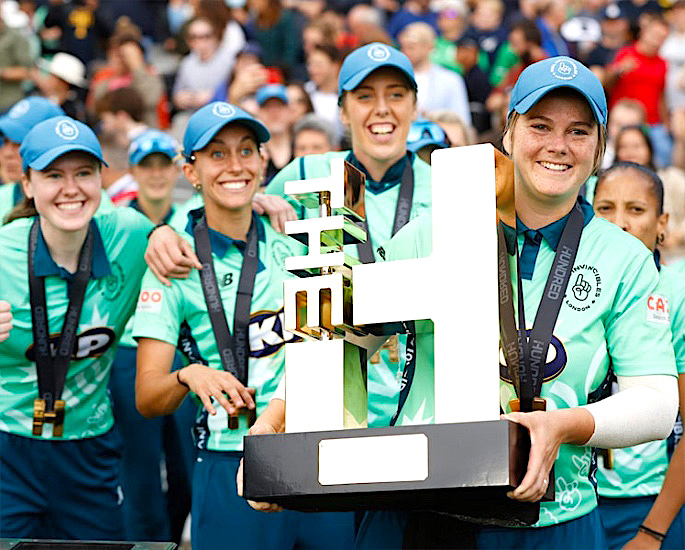 The Southern outfit were all out for seventy-three with two balls to spare. Thus, the Oval Invincibles were the first women’s team to win ‘The Hundred.’

Kapp finishing on 4-9 was the player of the match. Alice Capsey claimed 2-21, with Niekerk and right-arm fast bowler Ismail, picking a wicket each for the Invincibles.

Niekerk went on to become player of the series. She felt it was easy to focus, with such a wonderful bunch of cricketers:

“If you have a group of incredible players, it makes my life easier.”

“I don’t have to look after them at all and I can concentrate on my game.”

It was also very refreshing to see the women’s game flourishing, with some good performances in the final and throughout the tournament.

‘The Hundred’ turned out to be very successful, with good turnouts at all matches before the final.

In the men’s final, Moeen Ali was hoping to successfully lead his side as he did for Worcestershire during the 2018 T20 Blast final. But, it was not meant to be this time.

Nevertheless, it was certainly a landmark day for Southern Brave and the Oval Invincibles.

DESIblitz congratulates both sides on becoming the first men’s and women’s champions of ‘The Hundred.’