A cannabis cafe boss was jailed for his London-based operation. It is now suspected that he is selling drugs from prison on social media.

"the worst is several symptoms similar to psychosis."

A cannabis cafe boss who was jailed after being exposed in an undercover operation is now suspected of selling marijuana from being bars.

Khabeer Khan, aged 31, was jailed for three-and-a-half years in February 2020 after The Daily Mail revealed that he was running an Amsterdam-style operation in London.

Undercover reporters had visited the cafe in July 2019, named Rich Nerdz, which looked unsuspecting on the outside.

It attracted customers on Instagram and Khan registered it at Companies House as a bar serving food.

However, on the inside, there was a menu advertising the various strains of cannabis customers could buy. Soft drinks, snacks and coffee were also sold by the cafe.

The cafe offered various cannabis strains, including hybrid ones like ‘Cali’.

It can contain psychoactive THC levels of up to 70% compared with 15% in UK varieties. Producers have developed stronger strains without CBD to have a greater psychoactive effect, however, there are dangers.

Ian Hamilton, addiction lecturer at the University of York, said:

“With no CBD, you could get a range of possible effects – you can feel more anxious and on edge.

“That’s the least that could happen, and the worst is several symptoms similar to psychosis.

“Some people will be all right but for others who are inexperienced, it could have adverse effects. The difficulty is people won’t know in advance whether they’ll be all right.”

The cannabis cafe boss was jailed but now the Rich Nerdz Instagram account now features videos which show cannabis being crumbled into packets of tobacco in prison.

The caption read: “If only you knew the value of each pack during chrono [coronavirus] season in HMP ask your people’s who’s locked up. Always trapping [selling drugs].” 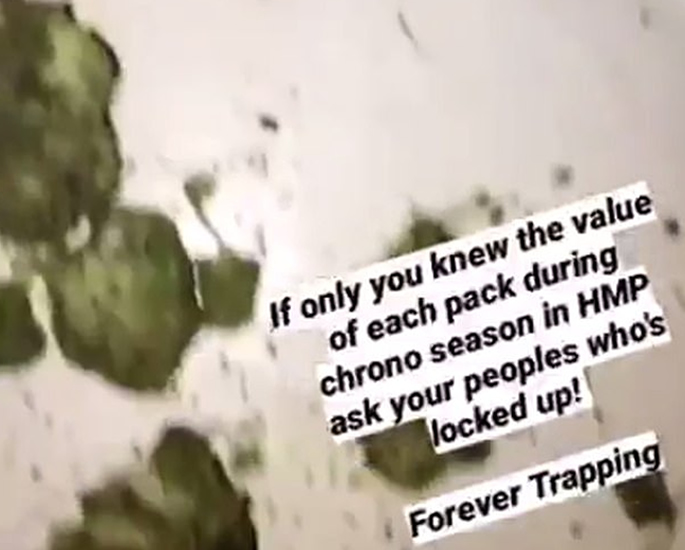 “When we reopen we coming back like never before, already we ain’t comparable to anyone worldwide.”

“Due to unforeseen circumstances, we do not reopen till the end of this year.”

Another indicated that Rich Nerdz cafes were going to be set up in West London, Manchester and Barcelona.

During the undercover operation, a reporter bought cannabis and Khan was seen behind the counter next to what appeared to be large sacks of the drug.

The evidence was handed to Scotland Yard and officers raided the cafe.

The Prison Service has now said that it was “looking into the claims” against Khan but that it remained unclear who had filmed the video.

Dhiren is a journalism graduate with a passion for gaming, watching films and sports. He also enjoys cooking from time to time. His motto is to “Live life one day at a time.”
Man jailed for “horrific” Acid Attack on Victim
Indian Man murders Pregnant Live-in Partner