The inaugural edition of the International Premier Tennis League (IPTL) takes place in four countries across Asia. Teams are from India, Philippines, Singapore and UAE will feature the likes of Roger Federer, Maria Sharapova, Rohan Bopanna and Sania Mirza.

"It is a revolutionary team tennis event breaking through the boundaries of traditional tennis formats."

Created to meet the demand for international tennis in Asia, its revolutionary rules are designed to attract new fans to the sport.

The IPTL is the brainchild of Mahesh Bhupathi, an Indian tennis star and 12-time Men’s and Mixed Doubles Grand Slam champion.

He is also an astute businessman whose company, Globosport, represents the business interests of Andy Murray. 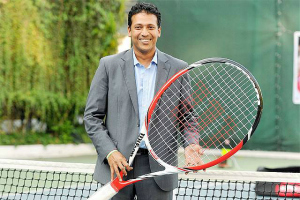 He has made no secret of the fact that this League is inspired by the IPL. His aim is to make tennis as cool as the NBA for young people in Asia.

Ahead of the tournament, Bhupathi said: “It is a revolutionary team tennis event breaking through the boundaries of traditional tennis formats.”

He added: “But we need to be sustainable and we don’t want to be too aggressive — we want to make sure that along the lines other people also see it as a viable business model.”

There are four teams based in India, the UAE, Singapore, and the Philippines. Prize money for the opening season totals £19million ($29.7million, Rs.184crore). The IPTL will take place during the off-season in the tennis calendar, which is usually when players rest and recover before the next season’s gruelling circuit.

This has not stopped the IPTL from attracting some of the biggest names in tennis, such as Roger Federer, Novak Djokovic, Andy Murray, Maria Sharapova and Serena Williams. 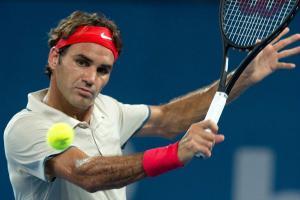 The tournament will feature 21 Grand Slam Champions, including 14 current and former World Number Ones.

When Roger Federer found out that he would be playing for Indian Aces, he tweeted: “India, here I come! Looking forward to playing two matches in Delhi on December 7th & 8th. I’m beyond excited!”

The level of interest in India was shown by the fact that the first phase of Indian ticket sales sold-out in 20 minutes! The Indian Aces comprises of homegrown talent such as Rohan Bopanna and Sania Mirza.

The slogan of the IPTL is “Break The Code,” which implies that this version of tennis has a whole new rulebook. 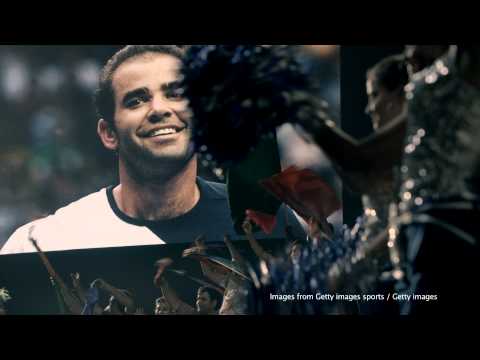 The League is based on the round-robin format, with every team playing each other four times: once at home, once away, and twice on neutral territory.

Each team will host a three-day event for the other teams. Every team plays one match on each day. By the end, there will have been a total of 24 matches played.

Each match consists of five sets:

The order of play is decided by the home team. When teams compete on neutral ground, a coin toss will be used.

When a team wins a game, the team gains one point. The team with the most points at the end of the five single-set matches wins the match tie. 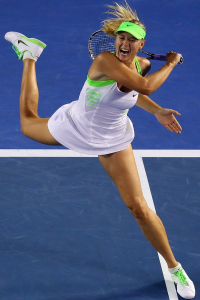 If the score is tied at the end of five-single set matches, a shoot-out will be played. This will be a seven-point Men’s Singles game to decide the winner.

To speed-up match play, a tie-breaker will be played when a set reaches 5-5, instead of the usual 6-6. Also, a prominent shot-clock will count down the seconds to the next point, the next game, and the next set.

Another new rule is the Power Point. The player receiving serve can call one Power Point per set. When they do so, if they win the next point, it will count as double. So if the score is 30-30, the receiver can win the game by winning the next point.

In the UK, all matches will be broadcast on Sky Sports. In India, the IPTL will be available to watch on Star Sports, in standard and high definition, and through LIVE streaming on StarSports.com.

Let’s take a closer look at all the teams and their respective players:

The International Premier Tennis League will begin on Friday 28th November 2014 in Singapore. The opening game will feature Singapore Slammers versus Indian Aces, followed by Manila Mavericks against UAE Royals.

Harvey is a Rock ‘N’ Roll Singh and sports geek who enjoys cooking and travelling. This crazy guy loves to do impressions of different accents. His motto is: “Life is precious, so embrace every moment!”
Top 10 facts about Indian Super League 2014
Cricketer Phillip Hughes Dies after Tragic Accident