The English Premier League (EPL) has entered its 22nd season. With English football appealing as a global attraction to fans everywhere, this season promises to be equally exciting.

"Man City fans will see a different way of playing than they have seen in other years."

The English Premier League (EPL) is entering its 22nd year. The League marks the eager anticipation of fans all over the world, who daringly hope that their team try and win the EPL every season.

Notably the start of the EPL sees three of the big guns changing managers. Champions Manchester Utd, arch rivals Manchester City and Chelsea have all employed new managers to see them to the end.

Being ‘World Cup year’, every player will be hoping to perform their best to get on that flight to Brazil.

Let’s take a look at the big teams that are hoping to win the top prize: 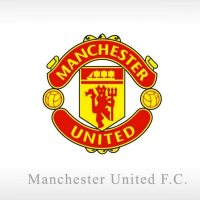 The ‘curtain raiser’ saw the introduction of ‘Hawk Eye’ goal line technology. Ghost goals and obvious goals chalked off have created much controversy in recent years, so this will be very welcome.

Moyes has never had a high profile job, so the guidance of Sir Alex from the boardroom will be priceless. In recognition of this, Moyes said: “I class that as another piece of silverware for Sir Alex. It was his team that won the league by 13-15 points so it’s his team. The ones going forward will be down to me.” Either way, Man Utd will take some beating. 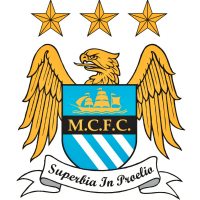 Following a relatively poor season, the billionaire owners saw Manchester City lose their grasp of the EPL. This prompted the sacking of Manager Roberto Mancini, who put City back on the football map by winning the 2011/12 EPL.

With an apparent ‘money no object’ approach by the Arab owners, City did whatever it took to appoint Chilean Manuel Pellegrini. The well-respected 59 year old left Spanish side Malaga to join the blue half of Manchester.

City have already spent over £80 million on new signings, making a strong statement of intent to their rivals.

City fans might see a change to their game as Pellegrini confirmed: “Man City fans will see a different way of playing than they have seen in other years. We will try to be an attractive team.”

Mourinho won’t enjoy the open chequebook policy from his first tenure. Two failed bids for Wayne Rooney aside, Chelsea have still made no ‘marquee signings’ yet.

This could be the season that sees Chelsea return to the top. The change of the guard at both Manchester clubs might pave the way for the Blues to be serious title contenders.

The Portuguese manager spoke of his squad: “We have some very young boys, but young boys with good talent. We can look to a good future even though the present is very good.”

“Mourinho’s taken a winning mentality everywhere he’s gone with him. He creates a spirit in his squads that you can see from the outside is very, very strong.”

The slow but steady rebuilding work at Liverpool has seen them miss out on honours in recent seasons. Changes in ownership and coaching staff requiring a ‘fresh start’ each time hasn’t helped.

After a full season at Anfield, the pressure is on manager Brendan Rodgers to deliver beyond last season’s 7th spot and a domestic trophy will be a minimum requirement.

Having made some astute signings, the story at Liverpool has not been too dissimilar to their rivals up the East Lancs Road, Manchester United. Luis Suárez has controversially made public his desire to leave the club and seems determined to get his way.

Arguably one of the best players in the world, Suárez wants to ply his trade at a club that provides Champions League football, which Liverpool cannot offer this season. Having said that, only Arsenal have made a cheeky bid that was quickly rebuffed.

After a good pre-season, Rodgers said: “We’re really looking forward to the start of the season now. The players have worked really hard, they’re in really good shape and we’re itching to get going.” 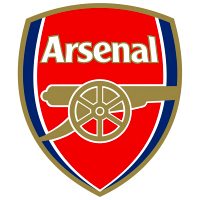 Arsenal are renowned for not spending big on players. They have kept with tradition and not signed anybody of note yet. The Gunners have an increasing group of fans disheartened by the lack of ambition. With an excellent manager in Arsene Wenger and a fantastic stadium, a trophy to show off is all that’s missing.

Although Arsenal save money by not making major signings, they do qualify for the Champions League on a regular basis.

It’s hard to imagine though, that Arsenal will be able to progress more than their recent years of hovering around 3rd or 4th spot. Wenger remains optimistic about his team and states: “They will be better this year and that is why I am confident we will be stronger this season.” 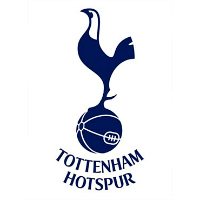 The signs are there for manager  André Villas-Boas to improve and finally break into the Champions League Spots.

The supremely talented Gareth Bale, wanted by Spain’s Real Madrid will be hard to hold on to. The cash injection his sale could provide may leave a gaping hole in Tottenham’s armour.

The world will be watching the EPLwith intrigue, not least India. The nation has an increasing passion for Football.

So much, that Indian broadcaster Star TV has appointed Indian Cricket Captain MS Dhoni as brand ambassador to promote the EPL. Star TV will also launch football commentary in Hindi to ensure they reach out to the entire nation.

Dhoni has made no secret of his desire of the beautiful game, saying: “Football is extremely exciting and very close to my heart. I was a goalkeeper during my school days. Even today, I play football as a warm-up game ahead of key cricket matches.”

All in all, this season has all the makings of yet another classic. Edge of the seat football and limitless global talent is why the EPL is one of the most broadcast sports in the world.

Rupen has been passionate about writing since childhood. Tanzanian born, Rupen grew up in London and also lived and studied in exotic India and vibrant Liverpool. His motto is: “Think positive and the rest will follow.”
Indian Badminton League 2013
T20 Bangladesh Premier League Corruption Charge