Redbridge Museum commemorates Marathon Man, Fauja Singh on his incredible sporting journey with an exhibition and film. The display runs until May 28, 2016.

The commemorative exhibition highlights the extraordinary life story of the local resident, who is widely acknowledged as the world’s oldest marathon runner.

Fauja, who was born in India in 1911, first began running marathons at the remarkable age of 89, until retiring at the age of 101.

In a special Gupshup with DESIblitz, Redbridge Museum’s Akbinder Deo and producer, Sukhpal Sahota tell us more about why they chose to celebrate Fauja Singh’s life in this way.

What prompted you to create this display and how did you get involved in the project?

Akbinder: I saw a really captivating photograph of Fauja Singh taken by the photographer David Bailey in The Guardian, taken for an article titled ‘This is what a hundred looks like’. This immediately inspired me to begin documenting his journey for Redbridge Museum, particularly as he is such a well-known local resident.

The Museum Manager encouraged me to produce a short film and an exhibit for the Museum’s ‘Your Story’ display, which focuses on local people and their stories. We decided to discover more about Fauja’s life and to find out how and why he came to be a resident of Redbridge.

Sukhpal: I work in the television industry as a producer, mostly developing new ideas for factual formats and documentaries. Due to my work commitments and a number of other independent projects, I have little free time.

However, when Redbridge Museum approached me about making a short documentary on Fauja Singh, I immediately jumped at the chance. I remember thinking Fauja Singh was someone I had heard a lot about and had seen on many posters or on television, but at the time I knew very little about his backstory.

I wondered whether other people might be the same as me. Therefore, this became a wonderful opportunity to learn and discover this incredible man’s journey and share it with others. 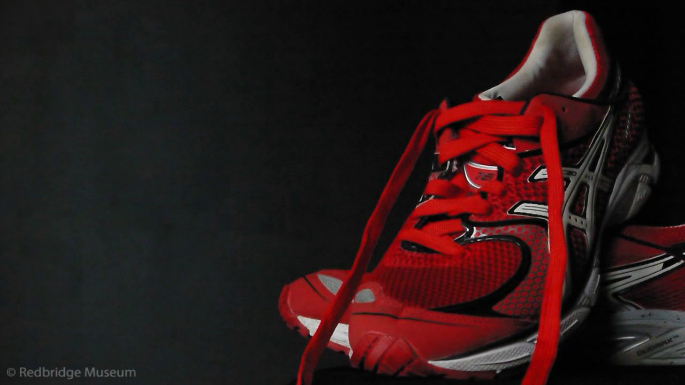 What has been the reaction from visitors to it?

Akbinder: The reaction to the display has been fantastic. We’ve had lots of people from many different backgrounds and ages leaving the Museum feeling inspired by Fauja’s story. I’ve heard children say: “I know him, he came to my school!”, whilst others have realised that old age is no barrier to staying healthy.

We’ve even had a visitor who popped in to the Museum dressed in her running gear, she wanted to see the display and film before going on her run!

Beyond this, the film has been received a much wider audience online and has been viewed in USA, Canada, India and Australia, and even as far away as Russia and Japan. The feedback from viewers has been very positive with many commenting on how moved they are by the story.

“Recently the Museum has been approached by the organisers of the Sikh Lens Film Festival in California, who would like to screen the film to an audience at the festival this year. The display also featured in a commercial for the Delhi half-marathon, which was quite an unexpected outcome.”

How important is Fauja Singh in the community?

Akbinder: Fauja Singh is a well-known face in the local community. He is often seen just going about his daily business in Ilford town centre. The local community recognises his achievements which have made history. 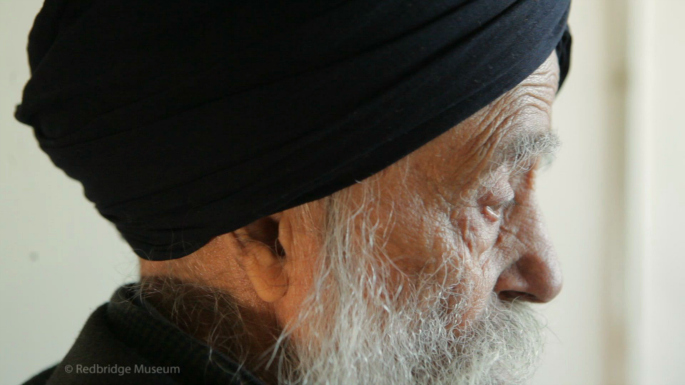 He has also helped to raise the profile of the Sikh community locally and nationally through his charity work.

What was it like to edit the Fauja Singh video?

Sukhpal: Cutting the film was a brilliant learning experience. Firstly, we had to translate an hours’ worth of interview from Punjabi to English. This proved a bigger challenge than I expected, as some of the old Punjabi words and saying were so profound that there were no English equivalent.

In fact, I often got side-tracked into learning about the fascinating background to these words and I forgot I had a job to do. A few times I had to call my parents to get the most accurate translation for some of the words. In the end we made sure the final cut had a translation verified by a number of people.

The joy in editing this film came from the fact that Redbridge Museum had managed to get access to a wonderful archive of photographs and artefacts. The use of the photographs meant that while Fauja retells his story, the film is able to bring his journey to life.

The artefacts used in Redbridge Museum’s display ‘Marathon Man’, were placed in the film to be used as chapter markers – this was a great way for us to give the film its own identity. 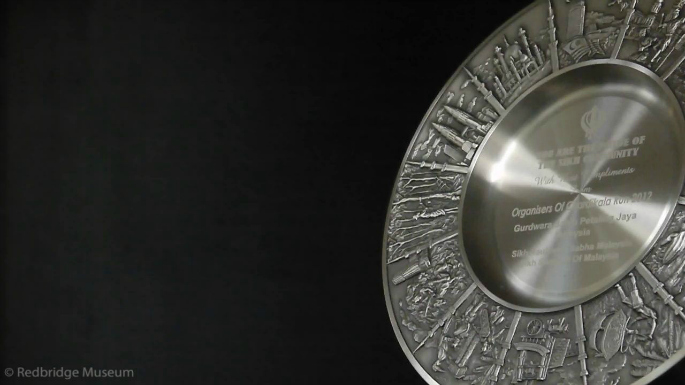 Fauja Singh is such a humble person, down to earth and spoke freely – that it made my job of making this film easy and enjoyable.

What message did you want to create with this project?

Akbinder: The display celebrates old age, determination and achievement by a local Redbridge resident. Fauja Singh is a very humble man but his story shows that great things can come from hard times.

Fauja has broken through many barriers and I wanted to show this to motivate other people. The project also recognises the positive impact that arises from Redbridge’s diverse communities.

Sukhpal: As a filmmaker I expected the meeting with Fauja to be interesting, but I didn’t realise how compelling his story would be. But now I realise that this is what Fauja Singh is about, defying expectations – going beyond what people think you are capable of.

His determination to be strong in the face of defeat is the message I got from Fauja Singh, and I hope this is the message at the heart of this film. 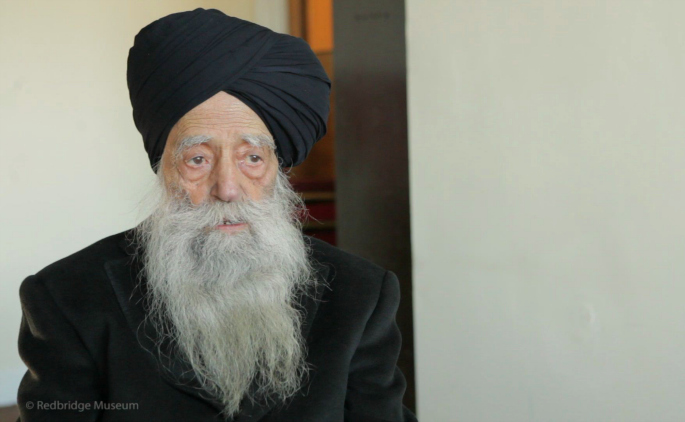 Do you think more displays/exhibitions of this kind are needed? If so why?

Akbinder: Redbridge Museum explores 200,000 years of local community history and in particular seeks to reflect the variety of people who make up its history. This helps to connect local residents to their neighbourhood, understand the world around them and enhance pride in their local area.

Many of Redbridge Museum’s previous exhibitions over the last 10 years have been particularly targeted at a South Asian audience who make up 35% of Redbridge’s population. This year we are working in partnership with photographer Tim Smith as part of a nationwide touring exhibition programme.

India’s Gateway: Gujarat, Mumbai & Britain will run from 18 October 2016 until 28 January 2017 and will weave together photographs, words and film to explore the fascinating history of Gujarat, Britain and Redbridge.

There are strong historical links between Redbridge and Gujarat, largely through the East India Company and many of today’s South Asian residents can also trace their roots to Gujarat.

It is clear that Redbridge resident, Fauja Singh deserves to have his life story celebrated and recognised in his community and indeed, the rest of the UK. And Akbinder and Sukhpal’s efforts will ensure this inspiring Asian individual is immortalised forever.

The special display at Redbridge Museum also features numerous awards won by Fauja during his sporting career as well as some of his iconic running gear.

In addition, Sukhpal Sahota has produced a specially commissioned film of Fauja’s life.

The ‘Marathon Man’ exhibition will run until May 28, 2016. For more information about the display, please visit the Redbridge Museum website here.