Indian Restaurant found to have Staff ‘living in squalor’

Bolton Council conducted a raid at an Indian restaurant where they discovered several members of staff “living in squalor”.

"We are accepting there is wrongdoing."

An Indian restaurant has had its licence to operate revoked after staff were found to be “living in squalor”. This included one employee who was working illegally.

Licensing chiefs at Bolton Council concluded that they had “no confidence” in those running the India Gate restaurant in Chorley Road, Westhoughton.

The restaurant was raided by immigration officers and Bolton Council in December 2018.

This followed a tip-off that a number of foreign nationals were working illegally.

Two men were arrested for working in breach of their visa conditions and overstaying their visa.

The local authority discovered evidence of at least five people living in unsafe conditions in upstairs bedrooms, which had inadequate fire safety measures, were in disrepair and bedrooms padlocked from the outside. 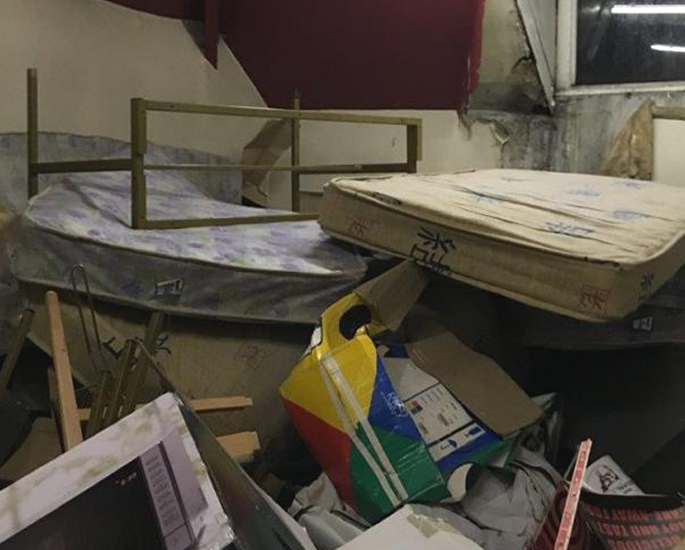 Among those living there was one of the men arrested for immigration offences.

The restaurant was fined £10,000 because the detained men had no permission to work in the UK.

Owner and director Heron Ali and his business partner, company secretary Nazmul Hussain, their company Chan Restaurant Ltd were then produced before court for having illegal accommodation.

Subsequently, the Home Office called for a licensing review into the premises.

At the hearing, Mr Ireland, representing Mr Ali from the Indian restaurant, said:

“We are accepting there is wrongdoing.

“We don’t seek to argue at any point during our defence that there hasn’t been, what our issue with is about the proportionality of the net effect, the result.

“My client has had these fines, he has not employed a solicitor to fight them.

“He has said ‘I have done something wrong, I haven’t appreciated how serious that was and I now understand that’.

“He has struggled to pay these fines but he has paid them because he is accepting the penalty for what he has done.

“But he has to fight this because if the licence goes away he loses the business.”

“He is saying that is going too far both for him and indeed his staff who lose their jobs, and that is what we argue with rather than having done something wrong in the first place.”

However, Bolton News reported that the licensing committee made the decision to revoke the licence.

It stated: “We found that the employment of illegal workers and the housing of these and other workers in squalid conditions to be wholly unacceptable and clearly undermined the licensing objective of the prevention of crime and disorder.”

Dhiren is a journalism graduate with a passion for gaming, watching films and sports. He also enjoys cooking from time to time. His motto is to “Live life one day at a time.”
Couple Marry in Scotland after Meeting in ‘Different Countries’
Jilted Man convicted of Stabbing Fiancee in front of Mother