Shree Saini, who dreams of becoming a United States Secretary of Education, has become the Miss World 2021 First Runner Up.

"I can’t express my feelings"

A survivor of a car accident that left burns all over her face, Shree Saini became the Miss World 2021 First Runner Up on March 17, 2022.

The model was born in Ludhiana in Punjab and moved to Washington state with her family at the age of five.

While India’s Manasa Varanasi couldn’t make it to the Top 13 list, Indian-American Shree Saini from the United States became the first runner-up.

Olivia Yace from Côte d’Ivoire was the second runner-up.

The news was announced on the official Twitter page of Miss World.

The organisation tweeted: “Our newly crowned Miss World Karolina Bielawska from Poland with 1st Runner Up Shree Saini from United States and 2nd Runner up Olivia Yace from Côte d’Ivoire.”

Shree Saini represented the United States of America at the Miss World 2021 pageant.

She made it to the Top 6 race for the Miss World title and became the first runner-up.

Shree also won the Beauty With A Purpose competition during the event.

She was also the first Indian-American to win the Miss World America 2021 crown. 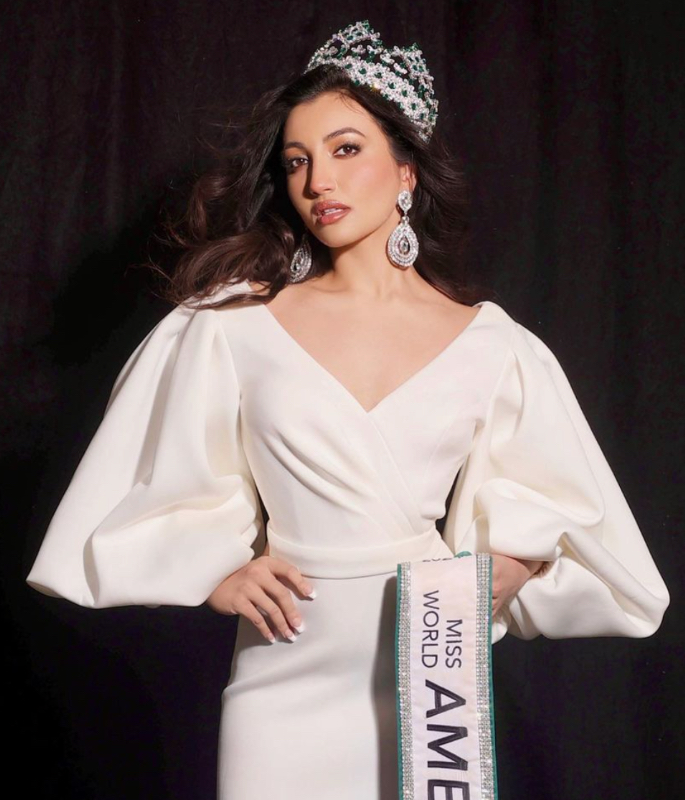 Speaking of her win, she said: “I am happy and quite nervous. I can’t express my feelings (in words).

“All the credit goes to my parents, especially my mother because of whose support I am here.

“Thank you Miss World America for this honour.”

An advocate for heart health, Shree Saini has had a permanent pacemaker since she was 12 years old.

The 26-year-old has completed her Bachelor’s Degree in Journalism and works as a Business Manager at her father’s company.

According to Miss World Organisation, the beauty queen’s dream is to become a United States Secretary of Education.

She is an avid reader and dancer, passionate about musical theatre and enjoys attending stand-up comedy.

Additionally, Shree Saini’s Beauty with a Purpose project stems from her own experience of having a complete heart block.

Her project is ‘Heart Health: Healing both the physical heart and emotional heart.’

Talking about her goals, Shree said: “Just like my pacemaker, I just find ways to live with it.

“And I’m just really grateful again that I survived and I am here now.”

“I can use that message through Miss World to just help people, encourage them, and inspire them.

“Right now, my entire focus is just doing my best, representing the US.

“So that’s my full focus and we’ll see what happens.”

Ravinder is a Journalism BA graduate. She has a strong passion for all things fashion, beauty, and lifestyle. She also likes to watch films, read books and travel.
Vatika UK celebrates ‘Visible Differences’ in new Campaign
7 Indian Celebrities who have their own Makeup Brands